One Shot by BJ Harvey 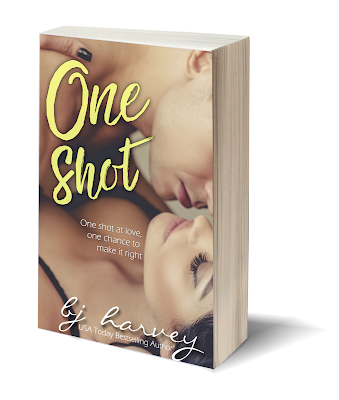 Boy meets girl, boy wins girl, boy nails girl—boy’s gone by morning.
I think for sure it must've been a dream because there’s no way a guy could look like that, touch me like that and be so in tune with me on every known level, and disappear, leaving me with nothing but a good story to tell my friends.
When he walks into my bar three months later, everything I thought I knew and what we’d had disappears in the blink of an eye and the blinding light of the three-carat diamond on his fiancée's hand.
It seems what I thought was a dream is now my most complicated reality, and I've got absolutely no idea how to fix it - or if I even want to. 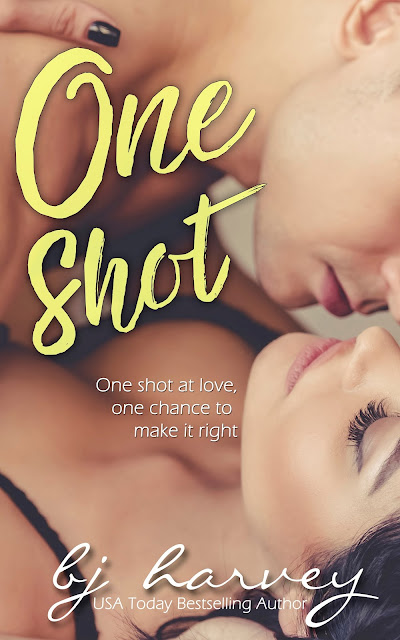 Oh my! What a great book!! The blurb intrigued me and I just had to read it and I truly was not disappointed!Kenzie meets Millen when he approaches her at the bar she manages. He is sexy, smoldering and challenging with snappy comebacks. Their chemistry jumps off the page. So love at first sight and a weekend together and they both feel like they are the truly made for each other. He promises to call her once he leaves town and three months go by.....nothing. Then he walks back into the bar with his fiancee. Imagine her shock! I loved Kenzie. She's a smart, strong, funny woman who can really hold her own.Awkward, meet Mortifying. Also, here are Shame, Embarrassment, Anger, Disgust, and over in the corner there is Complete and Utter Confusion and her friend I’m Going to Have to Move States and Join a Women-Only Commune with Cats and Unlimited Batteries.
And what to say about Lana, the fiancee, except I loved to hate her. Evil, mean, nasty, gloating, in your face kind of woman.As this story unfolds, I really felt for Kenzie and the angst, pain and hurt. I take a handful of the dusty remnants of my splintered soul and throw them up in the air, letting the pieces fall at will. At one point, I was disappointed in Millen, thinking no one would really do this, would they? But keep the faith; he comes through as the decent, honorable man he is, even though it's painful."Do you know how important you are to me? You represent so much - the life I want to have, the kind of love I want to have. Everything I want is wrapped up tight, right here, right now, and I don't ever want to let go."
Add in Gaby who I loved as Kenzie's best friend and co-worker and this story is complete. I loved it! I highly recommend this and will look forward to reading other works by this author! I look forward to book 2 in this series!"It's a beautiful pain that's always worth it if you're both willing to work to make things right."

Present Day
I have tingles, and not the kind that feel great in all the right places. The ones I’m feeling right now are the hair-standing-up-on-the-back-of-your-neck, someone-walking-over-your-grave kind of feelings that you get when something bad is about to happen.
Unable to ignore them any longer, I turn around from my stock take sheet and come face to face with my worst nightmare.
Lana fucking Mason, childhood best friend turned high school nemesis and arch enemy, and…
A man stands beside her, his eyes as wide as mine and—if I’m not mistaken—he looks kind of pissed off. At me.
And just like that, this moment has just gone from bad to worse.
Hold on! I’m the one who should be annoyed, with him. It wasn’t me who did a disappearing act three months ago, and now he’s here, standing with her. Of all the fish in the sea, he had to go for the smelliest, rottenest one.
“Kenzie,” she says, all saccharine sweet, like she wouldn’t choke on the first dick that came close to her perfectly-made-up lips. “Long time no see.”
Forever wouldn’t have been long enough, Lana.
“We were in town running errands and thought we’d stop by. I wanted to let you know what I’ve been up to.” Without preamble, she holds out her hand as if she’s the Queen of Sheba and I’m a lowly minion at her bidding. But that’s the last thing I care about, given that I’m being blinded by a huge, shiny rock on her ring finger.
What in the ever-loving fuck?
I don’t get a chance to hide my surprise, or the fact that my eyes dart to Millen, his jaw twitching like crazy, his grey eyes that I remember turning molten with lust now blazing with some unreadable emotion.
Why is he angry at me when he must’ve known that I’d be here?
Lana turns her head and beams at him all doe-eyed and vomit-inducing, reaching out her arm to Millen before returning her attention to me, positioning herself to deliver the final death blow.
Then she says them. The words I don’t want to hear—let alone believe.
“I have amazing news. First, my daddy just bought this place. And second, meet Millen, my fiancé…”
Yep. Dead. Done. The see-ya-later, don’t-let-the-door-hit-your-ass-on-the-way-out kind of done.
Then Drew walks through the front door. Drew who warms my bed most nights. Finally, a friendly face.
However, one look at Lana’s expression and I know this moment has just gone from bad to plain awkward. It’s like the universe is making a joke at my expense.
Drew’s already big smile grows impossibly larger when he spots the two people standing in front of me.
“Mills!” he says, pulling Millen into a man-hug the likes of which I’ve never seen Drew hand out before. He turns to the she-bitch and wraps his arms around her too. “Lans.”
Lans?
“What are you guys doing here?” Drew asks.
“You know them?” I blurt out, my brain unable to engage quick enough to care about putting a filter in place.
Millen’s eyes snap to Drew then back to me. “You know Drew?” he asks at the same time as Lana juts a hip to the side and asks Drew, “You know Kenzie?”
“Millen is my best friend from college,” Drew happily informs me, and his smile falls at the same time that all of the blood rushes from my face.
Awkward, meet Mortifying. Also here are Shame, Embarrassment, Anger, Disgust, and over in the corner there is Complete and Utter Confusion and her friend I’m Going to Have to Move to the States and Join a Women-Only Commune with Cats and Unlimited Batteries.
With nothing else to say—at least, nothing that wouldn’t take a bottle of Jack and a whole lot of time—I decide to just go with the flow and revert to my old trusty auto-pilot because seriously, what else is there for me to do?
“Soooo, would anyone like a drink?” 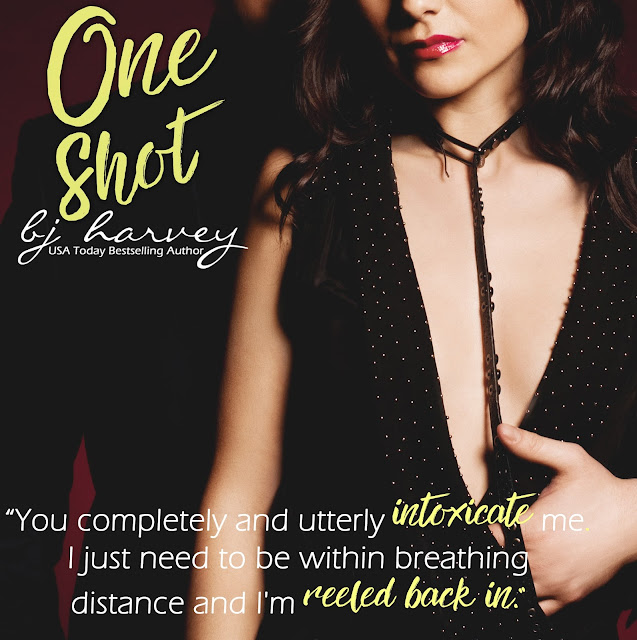 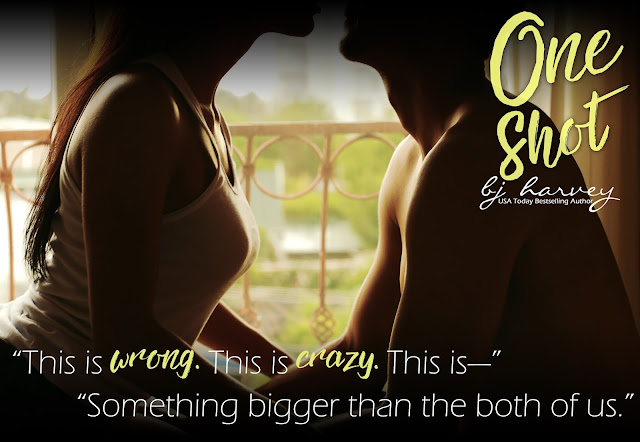 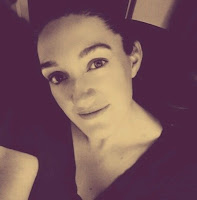 BJ Harvey is the USA Today Bestselling Author of the Bliss Series. She regards herself as a smut peddler, suspense conjurer, and a funny romance thinker upper. An avid music fan, you will always find her singing some hit song badly and loving every minute of it. She’s a wife, a mom to two beautiful girls, and hails from what she considers as the best country in the world—New Zealand. 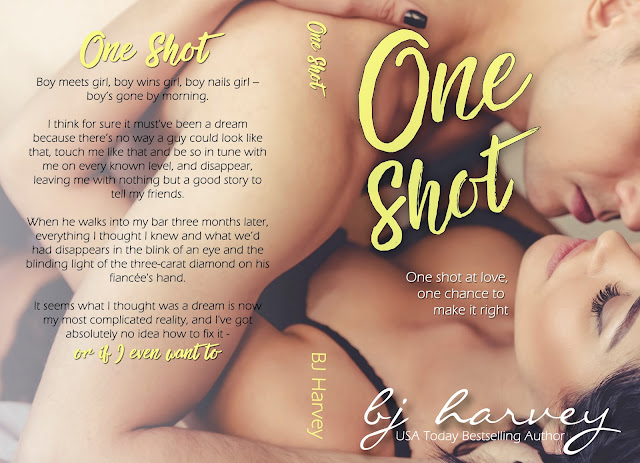