M.N. Forgy brings us a unique romance featuring a Motorcycle Club princess with a Split Personality Disorder and one man's unconditional devotion to her.. 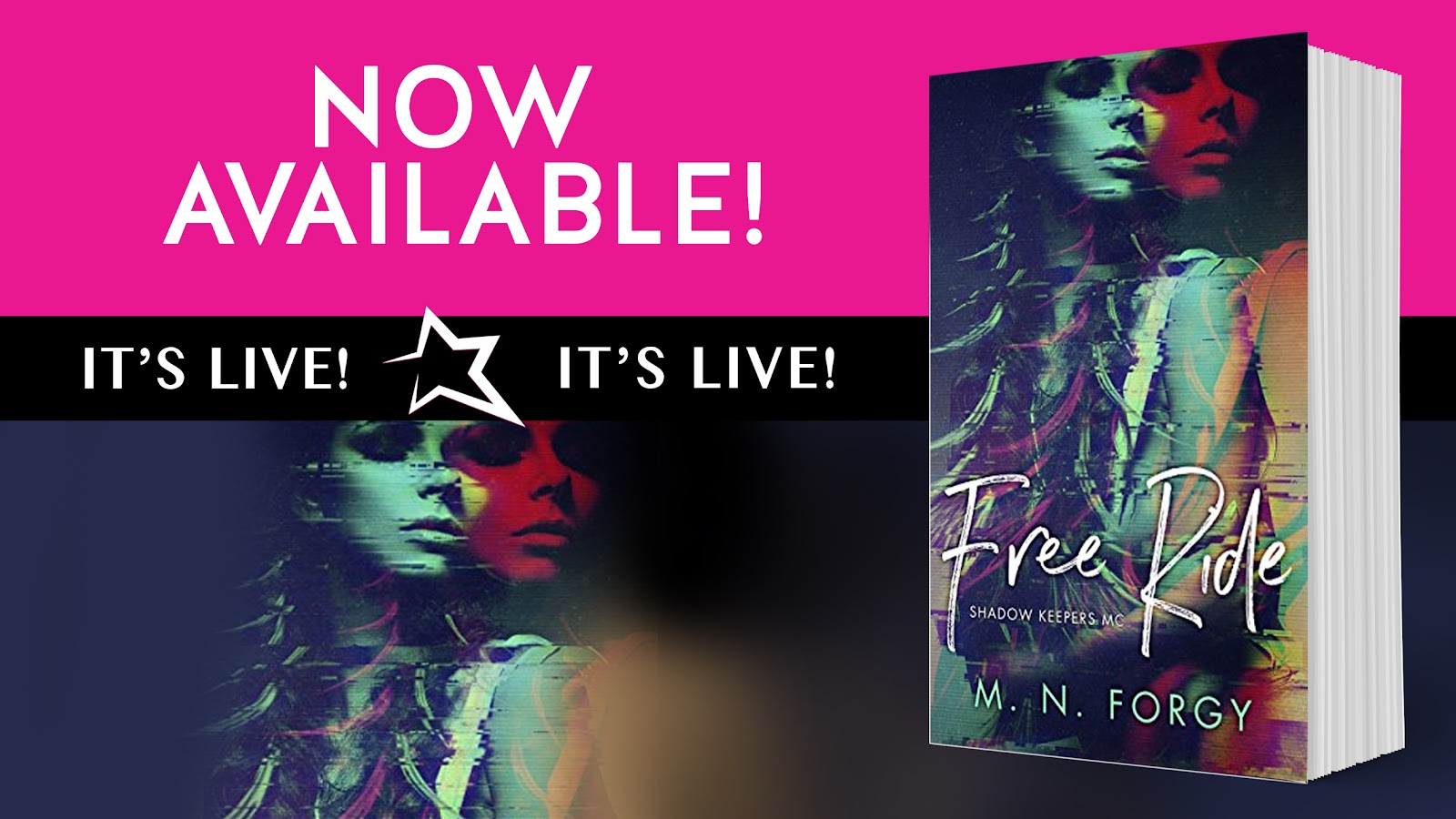 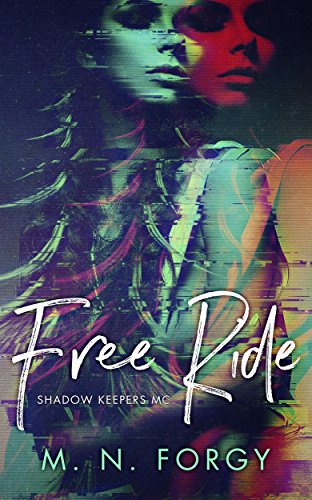 I’m crazy, deranged, and psychotic. I’m out of my mind and my life isn’t even mine half the time. Having Dissociative Identity Disorder, it’s an accurate assumption.
Born an MC brat, my only dream is to wear the colors of my father’s club, The Shadow Keepers. To feel the weight of the warm leather press across my back, and to be a part of something with purpose.

It wasn’t until the last drop of blood dripped from my fingertips and the gun smoke faded into the night sky that I realized what was really important to me.
Him.
In a blink of an eye, I lost it all. I lost him.

There’s no such thing as a Free Ride in life, and our story is an example of that. 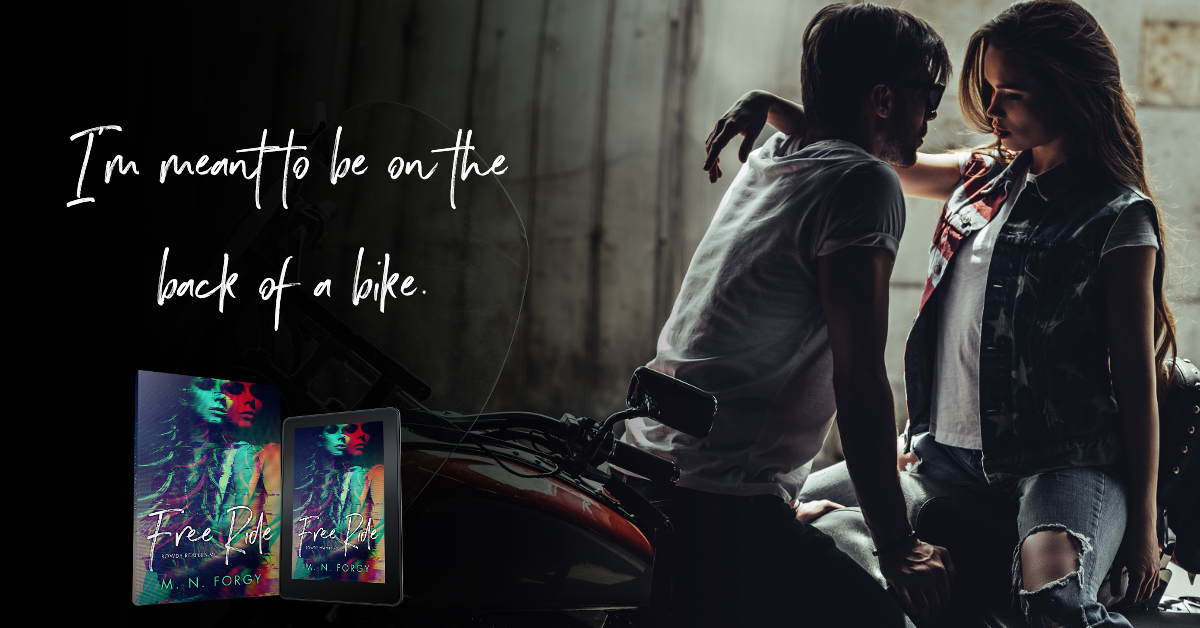 Excerpt from free ride by

A large callused hand grasps the nape of my neck, the familiar smell of leather, weed, and whiskey wafting around me. That smell should be put in a candle, it’d sell a shit load the way it eases the anxiety in one’s chest.
A hard, warm body presses up against my back, and my eyes nearly roll into the back of my head.

“Benji.” The name falls from my tongue like a moan midst ecstasy. He feels so good against my body, my mind nearly loses its reality.
His lips brush against my ear. His hands slowly, lazily, slip down the back of my jeans, and his fingers brush against my sex. Tingles of pleasure surround my wetness, the notion to forget what is right and wrong nearly a breath in the wind with his hands on me.

“I want to bite this ass, trail my tongue down your supple cheeks until I dive my tongue deep inside this hot cunt of yours,” he mutters.

I grit my teeth with temptation. I want to wrap my legs around his neck while he licks every drop of my wetness. My body clenching around his tongue as I release what I’ve been denying myself into his mouth. I want to let him mouth fuck me into another world where it’s just him and I… but that would be selfish of me. A fucking mess.

I could lose him.

I grab him by the wrist and pull his hand out from my bottoms, his finger leaving a trail of wetness behind it.

“You can’t say my name like that, and deny me that tight ass, Harley.” He growls into the back of my ear.

“We can’t do this, you know that.” I clear my throat and shake my head.

There’s no denying that Benji is a catch. Tall, dangerous, and smoldering eyes that make you want to throw the idea of wearing panties into a fire.
But, I’m not capable of having a traditional relationship. I’m not saying that to be that teasing bitch everyone knows. I’m just the kind of girl that doesn’t get to experience the glamorous kind of love. No, my heart comes with a little bloodshed and a shot of insanity on the side. That’s the biker’s way of life, after all, and that alone makes me bad at this thing called love. I can’t promise I won’t break his heart. If I did lose him as my best friend, it’d be the first thing I’d never forgive myself for. Even if I did tease him, you couldn’t blame me. Benjamin Daxton is the sexiest man in this club. 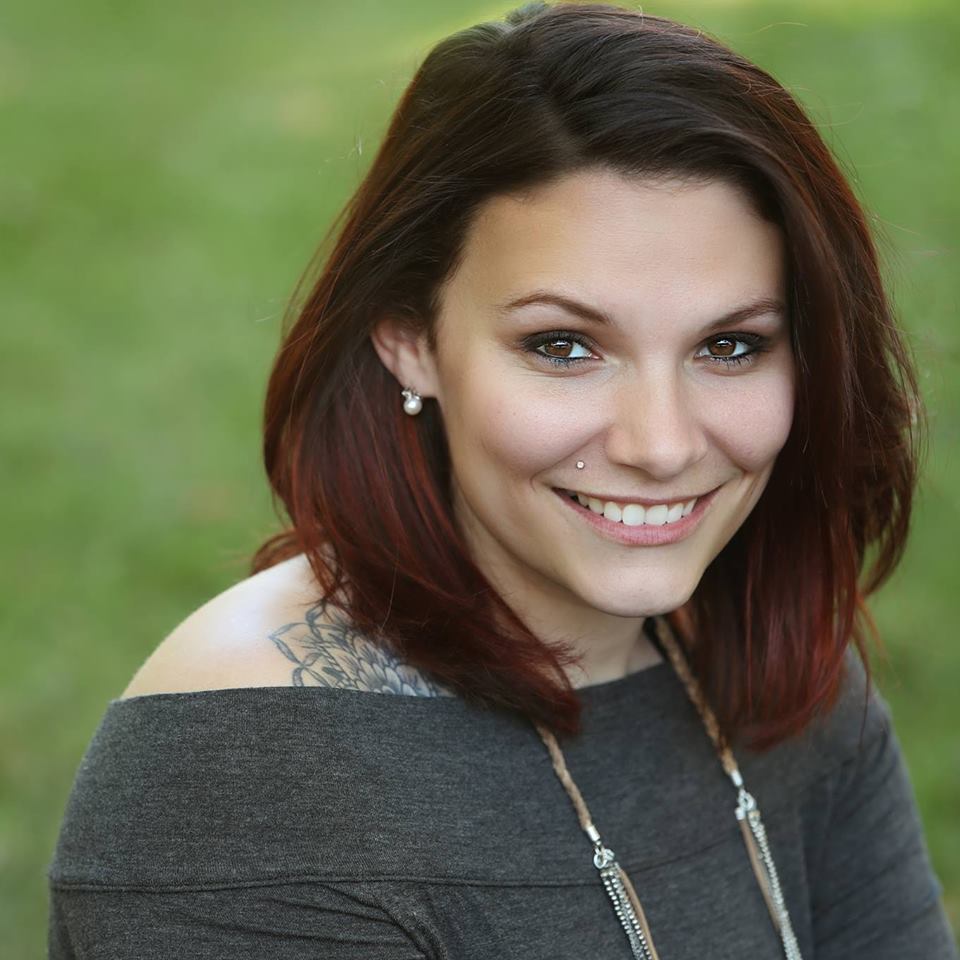