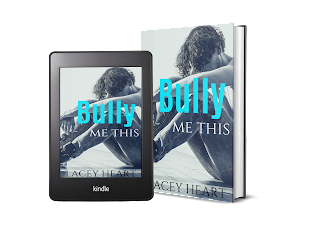 Hate is a strong word, but it doesn't even come close to how I feel about him.

Colby Carter was a monster.
Savage, brutal and evil to the core.

He wasn't always that way. There was a brief time when he was polite, caring and kind.
But something dark and twisted crept in and took over, and he claimed me as his victim.

When he skipped town I could finally breathe again. I tried to make something of my life, to find happiness, but Colby obviously didn't want me getting too comfortable.

Five years have passed and now he's back in town, a little too close to home, and I have no doubts in my mind that my personal hell is about to unfold once again.

Only this time I don't know if I'll be strong enough to survive it. 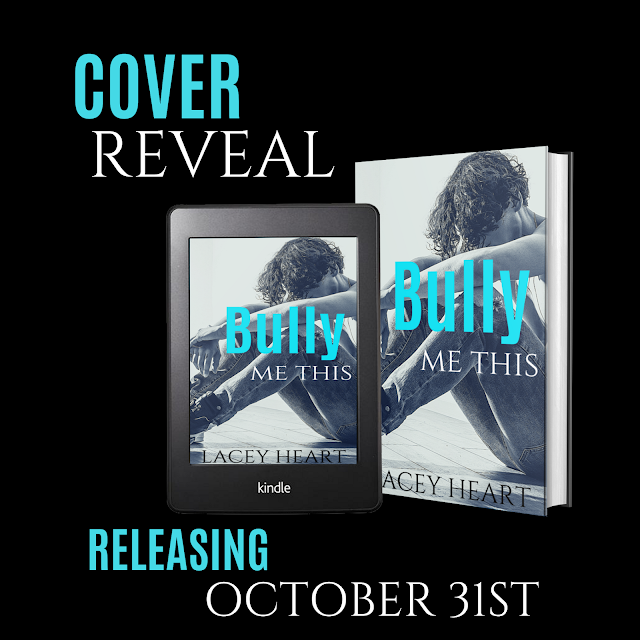 One Night Only- A BULLY ME companion novella.
(Can be read before or after Bully Me This) 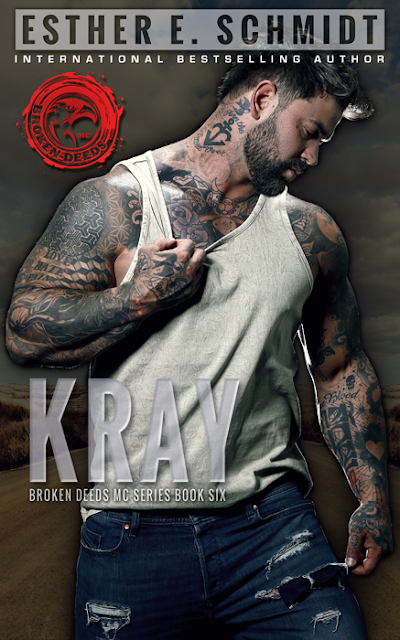 Kray and North are like a unit, where there’s one, there’s the other. When the both of them take a case involving a missing agent, they become more involved than they bargained for.
Vienna is willing to do anything to find her sister and bring her home safe. Anything except shacking up with the two bikers who are dead set on solving this case.
Will Vienna be the first one who will drive a wedge between two bikers who have been a solid team for over twelve years? Or will either one’s attention be too clouded to save lives while bringing a network of criminals to justice? Life or death, live or love. Making a choice never comes easily.


Links to all books in the Broken Deeds MC series:
books2read.com/rl/brokendeedsmc

Noah Braddock -
Nothing can stop me from completing the mission. Being a Navy SEAL is in my blood and I’ve never regretted my career choice. Until the day she walked into my life. Her voice soothed my soul. The soft touch of her hands set my skin ablaze with the need to keep her forever. When the day came that I had to leave, I had every intention to return. Then came the day I realized I couldn’t. Ripping my heart from my chest, I knew it was better if I walked away. Years later, I’m back to reclaim what’s mine. I’ve returned to the woman who owns my heart, my soul, and my happiness.
Janae Hayward -
All my life I’ve been a good girl. Followed the lead of my parents, my church, and my community. Until the day he walked into my life. It was the first time my heart and soul were in alignment. He showed me what it meant to be fully desired. I craved him. I needed him. I loved him. Then he left without a backward glance, shattering me into a million pieces. Forced to become stronger than I’d been before he entered my world, I’m committed to moving on with my life. When he returns, it’s time to decide if holding on to the pain is worth the heartache, or if I’m strong enough to grab hold of my future and never let go.

Reana Malori is a Bestselling Author of Multicultural / Interracial Contemporary Romance. She weaves romance stories that pull the reader into her world, and helps them share in her universe, even if only for a short time. She began her writing journey in 2009, releasing her first novella, To Love a Marine. Since then, she has released more than 30 books of varying lengths, to include Weekend
Fling, Escape to Heaven, Finding Faith, and Conall.

Reana currently resides in Montclair, Virginia with her husband and two sons who keep her busy laughing, having fun, and making sure she doesn’t take herself too seriously.


Presented by: http://WlkBookPromotions.com
on September 29, 2019 No comments: 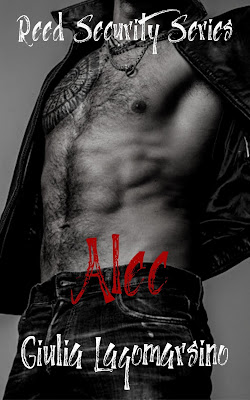 Alec
I've been chasing this damn woman for three years. Our relationship is finally out in the open and I'm not letting this chance slip past me. I will make her mine, and there won't be any room for arguments. There's the slight problem of Craig, our other teammate. He knows what we do in the other rooms at night, or during the day, and that leaves us in a bit of a predicament. But we'll work it out. I always get my woman, and Florrie is all mine.
Florrie
It took me by surprise when I fell for Alec. I hadn't intended to ever sleep with my teammate, but then one day, he was there and so damn sexy. It was just supposed to be sex, nothing more. But he kept pushing and then one day, it was out in the open. Everyone knew and there was no way for me to stop what was happening. Except, there's just one problem, I've got a secret that ensures we'll never be together in the way he wants. Now I just have to find a way to tell him.


“I think I can do my own ass kicking.”
“No. Whoever this asshole is, just tell us and we’ll take care of things. We’ll make sure you never see him again. If you know what I mean,” he continued.
“I know exactly what you mean, and no, you don’t need to make him disappear.”
“But, that’s what we do. We don’t know how to solve any other problems,” Gabe said, almost in confusion.
Rocco groaned and held up a hand to ward off the guys. “I didn’t want to get involved, but it looks like I’m gonna have to. Why don’t you tell us about this guy. What’s he like?”
“Smart, strong, capable…”
“Sexy?”
“Of course,” I huffed. “But he’s confusing. I thought that he was into me, but then nothing happened. Is it me? Am I not pretty enough?”
“No,” Sinner said, shaking his head sharply.
“Of course not-” Hunter snorted uncomfortably.
“You’re beautiful,” Rocco said firmly, and the other guys joined in.
“Sexy as hell.”
“Nice rack.”
“Good ass. Nice and firm.”
“You have nice elbows,” Sinner said.
“What?” I asked in confusion. Hunter smacked him upside the head.
“I panicked,” Sinner said. “You all said nice rack, good ass. What else was left?”
“You could have gone with beautiful eyes,” I snapped. “Or even nice legs, but nice elbows? Who the fuck says that?”
“Obviously not this guy you’re seeing or he’d already be dead,” Rocco muttered.
“Did you fuck him?” Hunter asked. “Guys always lose interest after you fuck them.”
“No,” I sneered. “It’s not like I just spread my legs for any guy I come across.”
“Did you come right out and tell him you like him?” Rocco asked. “Some guys are fucking stupid and can’t take a hint.”
“Actually, I wrote him a note and told him that I really liked him and asked if he liked me too.”
“Like in the song?” Sinner asked.
“Yeah,” I snarked. “Just like in the song. I even drew boxes and asked him to check yes or no.”
“Did he answer?”
“No, you idiot! I didn’t actually do that. I’m not in second grade.”
“Maybe you should,” Sinner shot back. “With all your sarcasm, he probably doesn’t know if you want to kiss him or kick him in the balls.”

This is my first Reed Security book. I thought it was an action security story with romance thrown in. It is not. If you are looking for an action-packed protection team story this may not fit you. However, if you want a roller-coaster romance with two super-strong characters and some downright hilarious advice and actions from the rest of the males in the agency--don't miss this one. Guys day out will leave you with a stomach ache from laughing.

While there is a lot of reference to other couples on the team, it does stand alone and will entice the reading of some other books in the series. It isn't necessary to read the series. I had not and had no problem with the interaction of the other characters.