Calling Me Back by Louise Bay 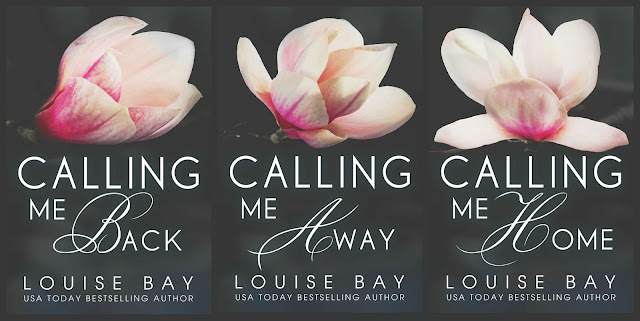 CALLING ME BACK, BOOK 1
By Louise Bay 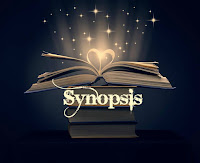 Is it possible for a guy to turn on a switch and realize he’s been in love with a girl that’s been under his nose for over a decade? Ashleigh Franklin can’t decide.
Ashleigh wants the fairy tale. Ever since she was a kid, her best friend’s brother, Luke, has been her fantasy Prince Charming. Now he’s trying to convince her that she’s the one he’s wanted all these years. There’s no way it’s that easy to escape the friend zone.
Single after years living with a girlfriend, Luke has finally woken up. What he’s been waiting for has been right under his nose for almost his entire life. Can he persuade her that he’s serious and won’t break her heart?
A Wonder Woman costume, a bottle of tequila and a game of truth or dare between two close friends changes everything. 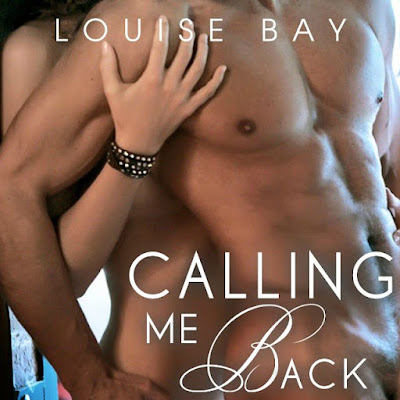 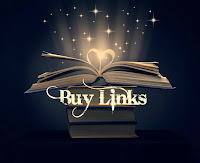 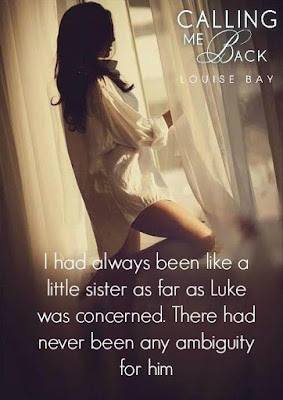 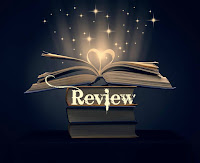 Another fabulous story by this wonderful author! This is the story of Luke, his sister Haven and her best friend Ash. The three of them have been like family to each other for years after Luke and Haven lost their parents. Ash has always looked at Luke with stars in her eyes, but Luke has been oblivious to her feelings for him.

So she starts dating Richard, a guy who treats her well and she likes but there's no spark on her end. And Luke is living with Emma, his girlfriend of 3 years. It's when Emma starts pushing Luke to get married and have kids, that Luke starts to look at what he really wants.

It had been a while since Ash had had a boyfriend. Everything was moving too quickly. Emma wanted things to change between us; Haven was married; Ash was setting serious with someone. I longed for things to be how they were. I wanted Haven and Ash to wake up hungover in the guest room; I wanted the three of us to have dinner together, for the three of us to have the easy laughs that I'd grown up with. None of that had happened recently. I wanted to be able to hold Ash's hand because we had been friends for forever, not pull it away because her boyfriend arrived.

I loved these characters right from the start! I loved how they considered each other "family" and how their Sunday dinners were so important. I wanted Luke and Ash to end up together so badly! One night opens up Luke's eye and he realizes how important Ashleigh is to him.

"Let's make a promise that whatever happens tonight, we make sure we're always family." "That's non-negotiable as far as I'm concerned," he said with that sexy grin that had made my insides melt since forever.

I cannot wait for book 2 in this novella series! These books never disappoint! I received this copy in exchange for my honest review. 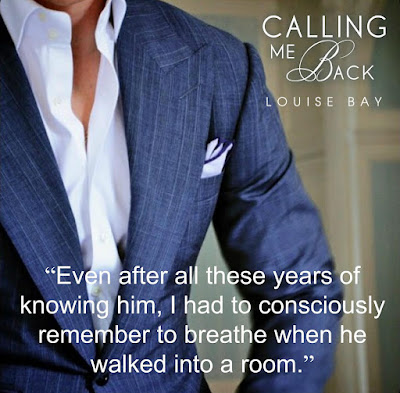 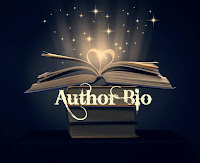 Her books include the novels Faithful and Hopeful and the novella series’ The Empire State Series and What the Lightning Sees. The novels and together the series are stand-alone although there are some overlapping characters.

Ruined by romantic mini-series of the eighties, Louise loves all things romantic. There's not enough of it in real life so she disappears into the fictional worlds in books and films.
Louise loves the rain, the West Wing, London, days when she doesn’t have to wear make-up, being on her own, being with friends, elephants and champagne.
She loves to hear from readers so get in touch!