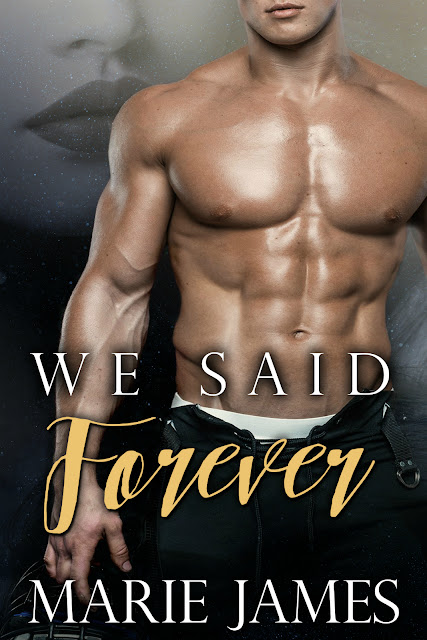 They say the only way to go from there is up, but what is “up” when you’re born into someone else’s rock bottom?

At ten, football became my first love. It’s what got me out of the house away from my self-destructive family. My love for football landed me at Las Vegas University with a full ride scholarship, and the orange on my jersey was my favorite color…until my eyes landed on the red dress Fallyn wore the night we met.

At twenty-one, I jumped off the cliff into the unknown the second Fallyn McIntyre danced in my arms at a party. I had the greatest girl in the world and the opportunity to play college ball every Saturday. My rock bottom was looking up, thanks to my two first loves.

Parties, sex, and football—life was perfect. But one drink too many, and my world came crashing down. When I chose pills over my second love, my head told me it was the best decision I ever made. The pills keep me warm and protect me from the distance Fallyn created. Percs don’t judge me. They make me feel alive.

They say the best things come in threes, but one leads to a stable future, one is my salvation, and the other drags me to hell—a hell I’d willingly burn in for eternity…if it weren’t for my second love. 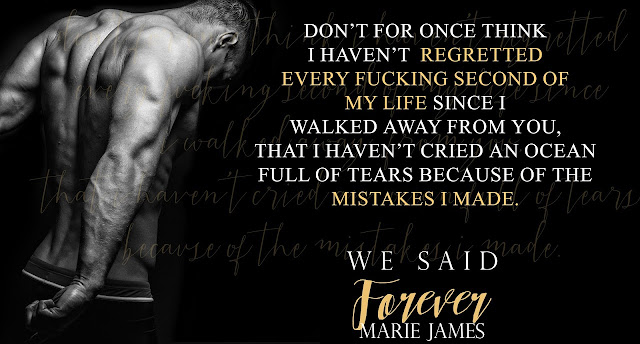 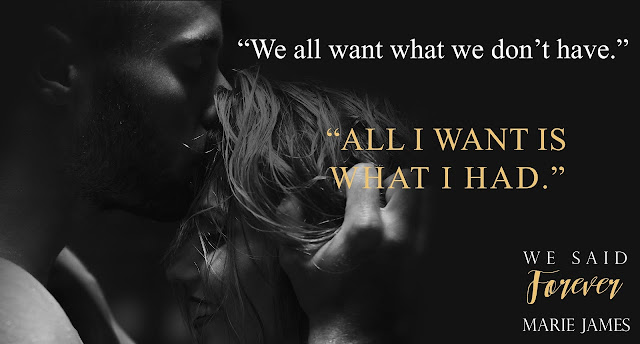 Turning to face the guy who is either too stupid or too drunk to take a hint, my eyes land on the handsome face of a tall blond with the lightest blue eyes I’ve ever seen.

The smirk on his face clearly indicates he believes I should be impressed. And I am. There’s no doubt about it. I’m completely fascinated by the ego this douchebag emits with one simple look. Without a word, I let my eyes trail from the top of his purposely mussed hair that probably took longer to fix than mine to the orange chucks adorning his big feet.

He allows the perusal, awaiting my approval. Cocking an eyebrow at his blatant, pompous attitude, I push his hands off my hips.

“Not a chance, buddy,” I say before turning back toward the kitchen.

My legs tremble, wobbling on my already unsteady heels. I release a long, slow breath, hoping he disappeared into the crowd. The last thing I need is for him to notice the way my eyes lingered on his stubbled jaw and the muscles of his chest even his clothes can’t hide. I’m almost certain he could sense my quick, unmasked arousal. One look was all it took for this man to creep his way under my skin and throb in my core. He’s got self-entitled, bad boy, asshole written all over him—character traits I would have dropped anything for a few years ago. Not today, though. Those are flaws I left in Utah when I graduated high school.

The same firm grip reaches for me again, wrapping all the way around my body and pulling my back against an incredibly strong chest.

I close my eyes for a moment, allowing only a second of contact before turning around and readying my hand to slap him across the face for taking such liberties without my permission—just another alpha asshole attribute that used to make me swoon.

His finger covers my lips, preventing me from getting my words out. My attempt at what I’m sure was going to be a very eloquent threat against his manhood falters as he pulls me closer to his body. His leg somehow finds its way between mine as he squats a couple inches to decrease the differences in our height.

The strong hand that has reached for me twice tonight is around my back, fingers splayed against the thin red fabric. The finger that halted my words trails down the column of my damp neck before gripping around at my nape. Gooseflesh follows the trail, racing over my fevered skin. He holds me against him, guiding me to the rhythm I hated until this very second. Like the traitorous slut she is, my body molds against him, every soft inch against his hardness.

“I don’t,” I begin again, only to have his hand leave my neck to push another finger against my parted lips.

I watch, enthralled and utterly stupid, as his bottom lip rolls between his teeth at the same time his thumb sweeps over mine.

I cave, wholeheartedly capitulating to the moment. Ignoring the warning bells going off in my head, screaming at me to bolt through the front door and not look back, I grip the silky athletic fabric of his jersey and pull him closer. A knowing grin lights his face and sparkles in the crystal blue of his eyes.

One song blends into another as our bodies close every millimeter of distance. No words are spoken as the countdown begins. No promises are made when the clock strikes midnight. No way I’ll survive this man when his breath becomes mine. No chance I’ll see him again when swaying all night turns into dancing tongues. No possibility of keeping my promise of no bad boys when one hand grips my nape and the other squeezes my ass.

Alcohol has never really been my thing. The memory of the first time I drank heavy liquor in high school is enough to make my stomach sour, but the bourbon on this guy’s lips is the perfect mix of sweet and spicy. It’s, hands down, the most satisfying thing I’ve tasted since the ice cream I had after getting my tonsils removed when I was seven. I savor every fraction of a second, every slow glide of his tongue against mine, each time his lips pull back a fraction and turn up to smile against mine.

Without so much as one spoken word, this man has managed to master my body, persuading it to beg for more, coaxing whimpers from my mouth when he pulls away, only to ensure it pants a seductive moan when those skilled lips find my neck. 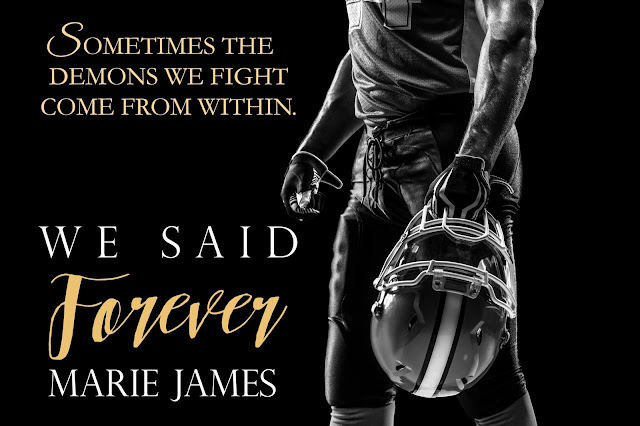 
Marie James is a full-time working mother of two amazing little boys and wife of almost 13 years. She enjoys reading in her spare time, and diet coke is always near. Central Texas is where Marie calls home and has lived most of her life. With 13 published books under her belt, she has no desire to stop writing anytime soon and has dozens of book ideas to keep her busy.