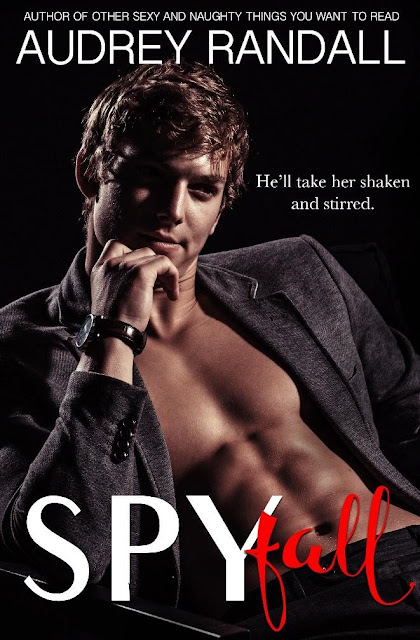 He’s the man with the golden… you get the picture. Delilah Faber is the geekiest woman she has ever met, and that’s saying a lot considering she is a programmer at one of the world’s most famous video game companies. She believes that fate is playing a cruel trick on her by making her best friend, Brandon Ryker, not only the sexiest man she has ever seen, but also one of the CIA’s top agents. If only she could tell him how she feels…

Brandon has been in love with Delilah for years, but feels less nervous at facing the business end of a gun barrel than sharing his passion for her. However, after one particularly difficult assignment, the world is not enough to stop him from making it his mission to make her see that they are meant to be. He will take her shaken and stirred. Will Brandon save her and will they live to love another day?

WARNING: This book is full of over-the-top Bond references. Corny to the hilt, but oh so fun! Let yourself enjoy this fun romp. For your eyes only!

He’s the man with the golden… you get the picture. 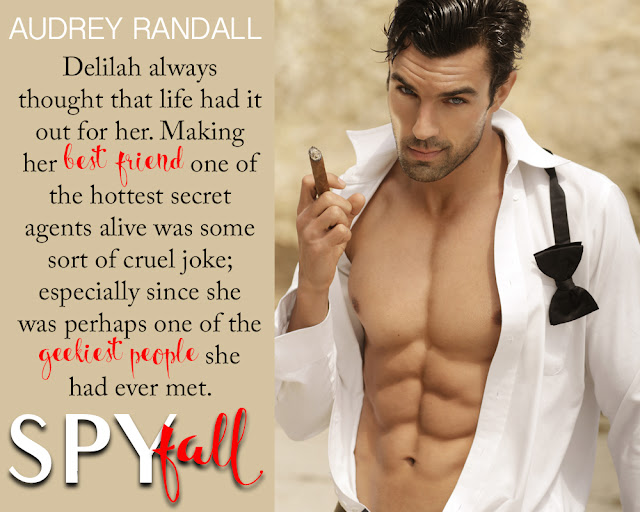 The world is not enough for Brandon and Delilah.
Will they be able to find love? 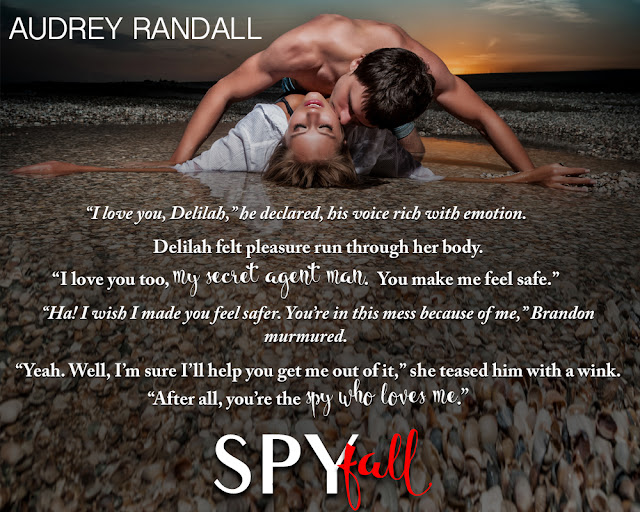 She’s for his eyes only. Will they find love or only trouble? 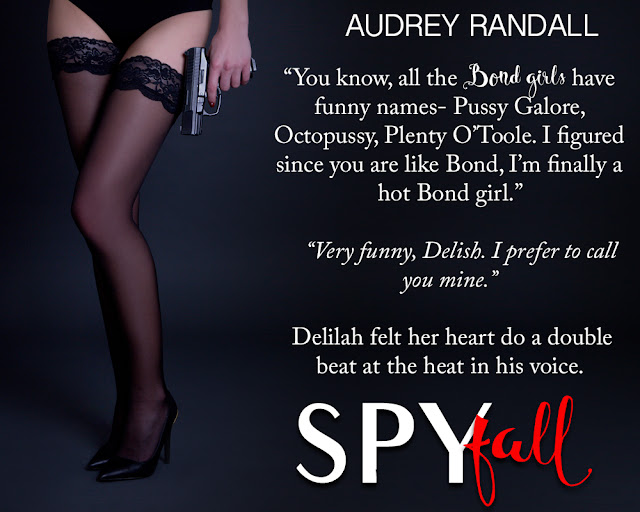 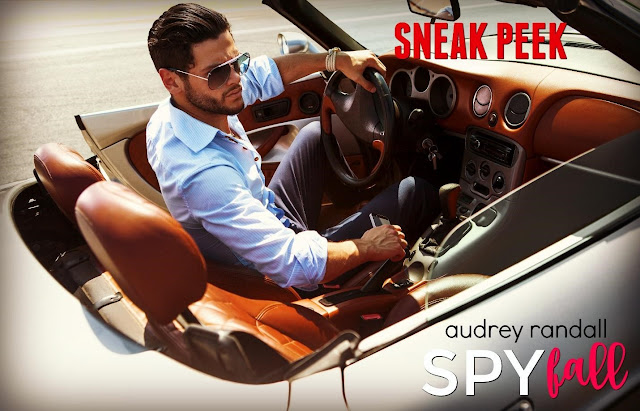 “Well, frack, I just have to do this,” she sighed, seeming resigned to some mysterious fate.

Closing her eyes she leaned forward with a puckered mouth. At first Brandon wasn’t sure what she was doing, but then as her mouth awkwardly pressed against his chin, he realized she was trying to kiss him. His heart pumped up a few notches, and despite the thugs waiting to take him down, he looped his arm with the gun around her waist and pulled her close. With his other hand, he gently took hold of her chin and aimed her mouth to his. He heard her intake of breath as their lips met and melded. What he hadn’t been expecting was the feeling of electricity coursing through his body. It felt like someone had taken a paddle to his chest and shocked him with all the amps they had. He longed for more, but the scuffle of feet nearby reminded him that they would have an audience in just a moment.

Delilah put a hand to her forehead and pretended to swoon, almost making Brandon laugh.

However, one cold, rainy October day, as he had passed by her house on his way home, he saw that she was sleeping on her porch. She looked so peaceful that he couldn’t help himself but to sneak up to be just a little closer to the most captivating person he had ever seen. He hated to admit it, but she was like a magnet drawing him near. As he approached, he accidently stepped on a twig, waking her. Her deep blue eyes slowly opened and looked into his, he felt his mouth drop open. He was sunk. His heart stopped for a moment and he wondered if it would beat again. Moments later it began again, but with a different beat- Delilah.

As Brandon looked into Delilah’s confused eyes, he felt like he’d had had the wrong purpose for most of his life. He had focused on making himself good enough to one day claim her, but he had missed out on so much. His missions took him all over the world, doing things that people only thought happened in the movies. It was exciting, but also lonely. Especially lonely as he found himself longing for a family of his own. Delilah had always been home to him. She was the one adopted family member that he could count on. Looking at her made his gut twist as he felt that he had missed too much time. Her reaction alone told him that he was losing her trust. He needed to find a way to prove to her that he was there for her. Always. 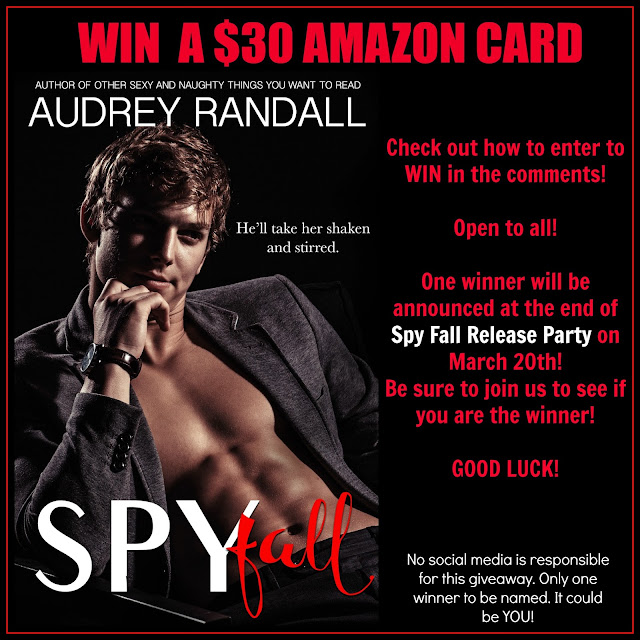 
In order or to enter to win the $30 Amazon card you must:

1) Subscribe to my newsletter and receive a free tryst! http://www.audreyrandallauthor.wix.com/author

**The winner will be announced at the END of the party on March 20th.

THIS GIVEAWAY IS OPEN TO EVERYONE!

We look forward to seeing you there! Facebook is not affiliated with this giveaway. There will be only one $30 gift card awarded. If the winner does not step forward to claim their prize within 24 hours of being announced, a new winner will be chosen. 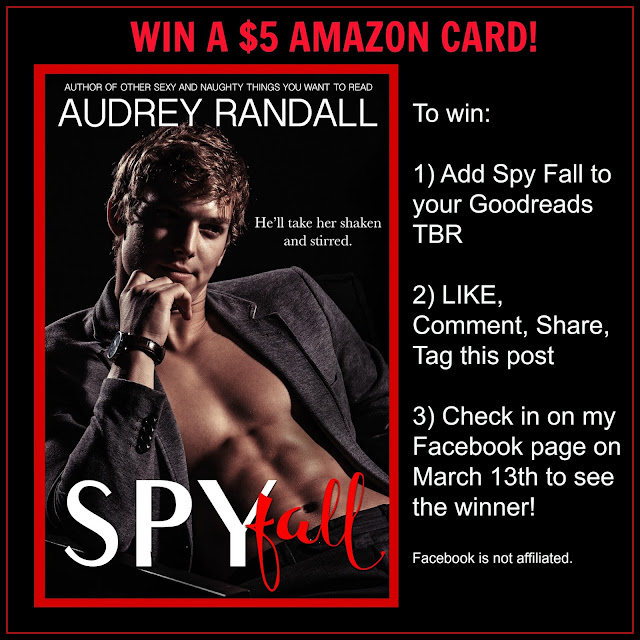