✨✨✨✨Release Blitz The Distance Between Us by Abigail Davies ✨✨✨✨

Title ➜ The Distance Between Us

Add to your TBR ➜ http://bit.ly/2lRkWIZ 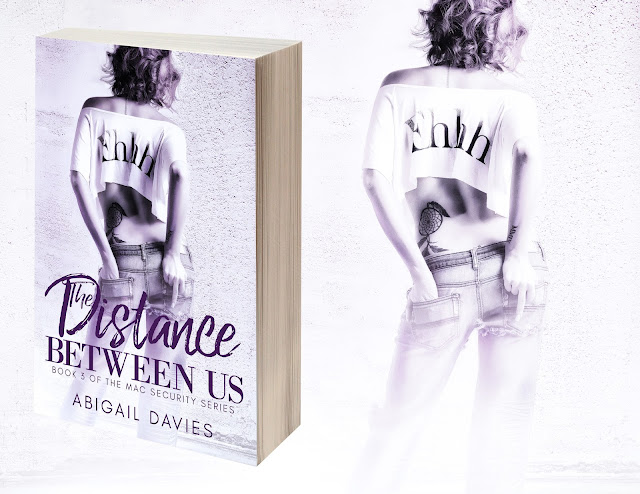 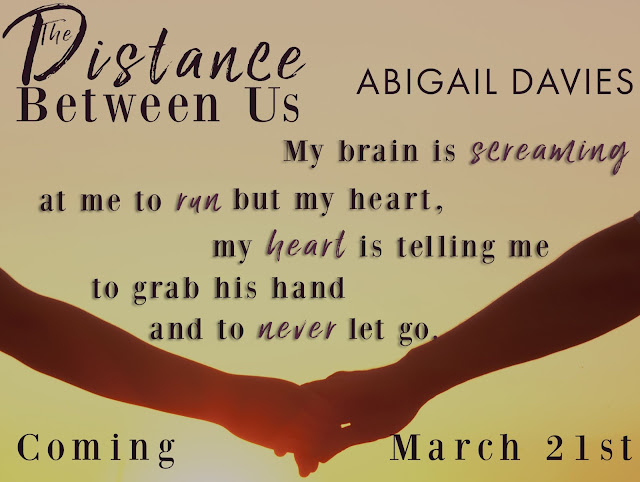 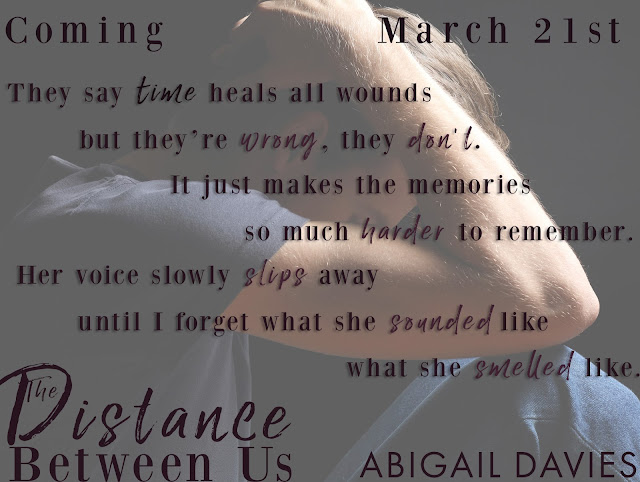 The fact or condition of being addicted to a particular substance or activity.

I’m a strong woman. Or at least, I think I am. I used to be so sure about that. I trained everyday, making sure I could take down anyone that I needed to. Mixed martial arts, kickboxing, self-defense, karate. You name it, I’ve done it. I prided myself on being not only physically strong but mentally too. I knew mind games, I knew how to put on a front. I may be small in size but I like to think of myself as a pocket rocket. Quick thinking, fast reflexes. When I was younger, I was known as the delicate little flower, the person people needed to protect, to not let get hurt. I hated it. I didn’t want someone who was paid to protect me, I wanted to be able to do that shit myself and that started with leaving home at eighteen with only a couple of hundred bucks and a bag full of clothes on my back to get away from my father. But I never expected to meet him along the way. The person whose eyes were full of sadness and heartbreak. The person who turned my world upside down and my heart inside out. The problem? He only wanted someone to warm his bed at night, and that was okay for a while. Until I wanted more. Competing with someone who didn’t exist anymore was impossible, and that’s exactly what I was doing when it came to him. There was a time when I thought I could pull him out of the darkness but now I know that won’t happen, not while I’m slipping into that darkness myself and especially not while I’m in a love affair with those pretty little pills. They gave me relief, calmed my body and soul, all the while destroying everything that I worked to become and all that I am. Now? Now it’s just me and them.

New Adult and Contemporary romance author Abigail Davies grew up with a passion for words, storytelling and anything pink. Dreaming up characters and talking to them out loud is a daily occurrence for Abigail. She finds it fascinating how a whole world can be built with words alone, and how everyone reads a story differently. Now following her dreams of writing, Abigail has set out on the crazy journey of being an author. When she’s not writing, she’s a mother to two daughters, who she encourages to use their imagination, as she believes that it’s a magical thing. Abigail loves to get lost in a good book and is rarely far away from her kindle. 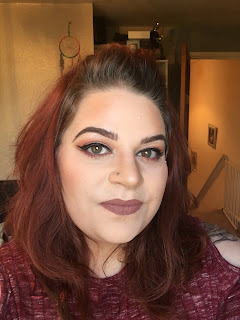