COVER REVEAL for NO REMORSE by DESIREE A. COX

No Remorse
by Desiree A. Cox 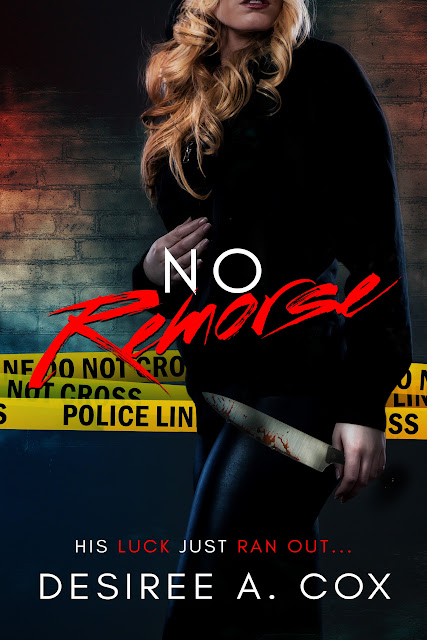 Playing with fire can get you burned … or killed.

Chase Effridge, the handsome young playboy/college professor, is dead. A devoted and faithful husband he was not. Professor Effridge led a secret life where mistresses and enemies were no strangers to him. When his secrets begin to surface, his seemingly perfect life takes a turn for the worst. One mistress with a baby, and another whose boyfriend found out about their affair, are the equivalent of adding fuel to the fire.

Effridge’s estranged wife, Carlotta DuPree, tops the suspect list, but swears she’s innocent. Her cold demeanor and ill-wishes toward her husband do nothing to help her story. She claims to have an alibi, but can it be verified?

The list of suspects keeps growing as the interrogation process proceeds. Each conversation does little to unravel the complexity of Chase’s life, and provides little clarity as to who can be eliminated and who can’t. Instead, the discussions tend to reveal a new person of interest, and shroud those already on the list with more suspicion. Everyone seems to have a motive.

Will this crime ever be solved? 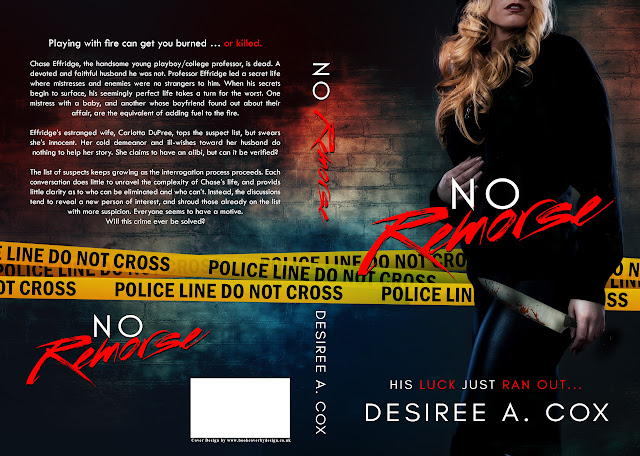 Join the parties and help celebrate the release of both No Remorse and Unselfish Love:

Desiree was born and raised in Iowa. She married her high school sweetheart and moved to the Philadelphia area after high school. She’s been happily married for over twenty-five years. She’s the mother of two sons and a daughter.

Writing, in one form or another, has always been something she’s enjoyed. Desiree also enjoys traveling and spending time at the beach.

Desiree was chosen as Authorclassified.com’s 2015 Romance Author of the Year.