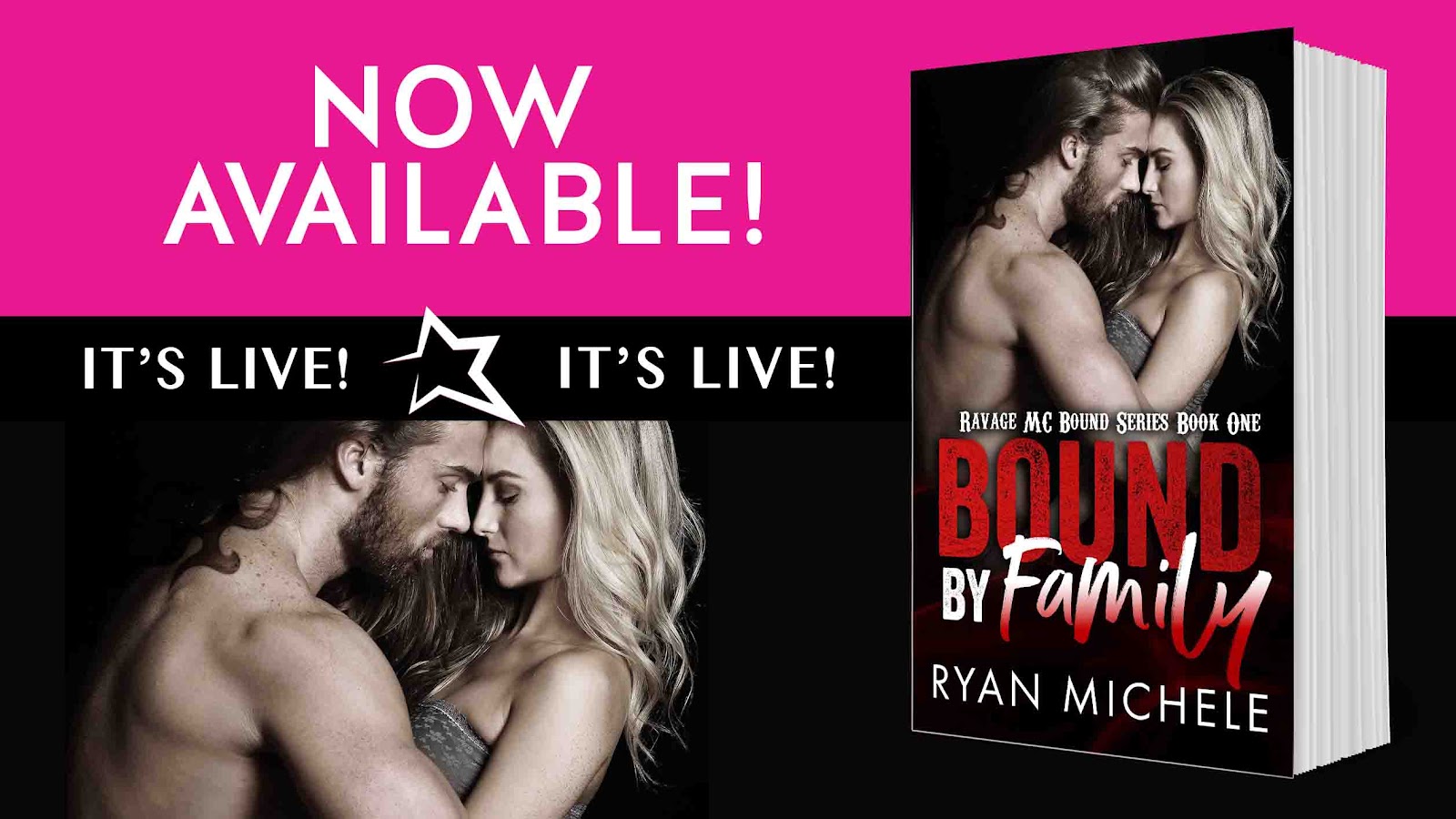 Bound by Family (Ravage MC Bound) is a 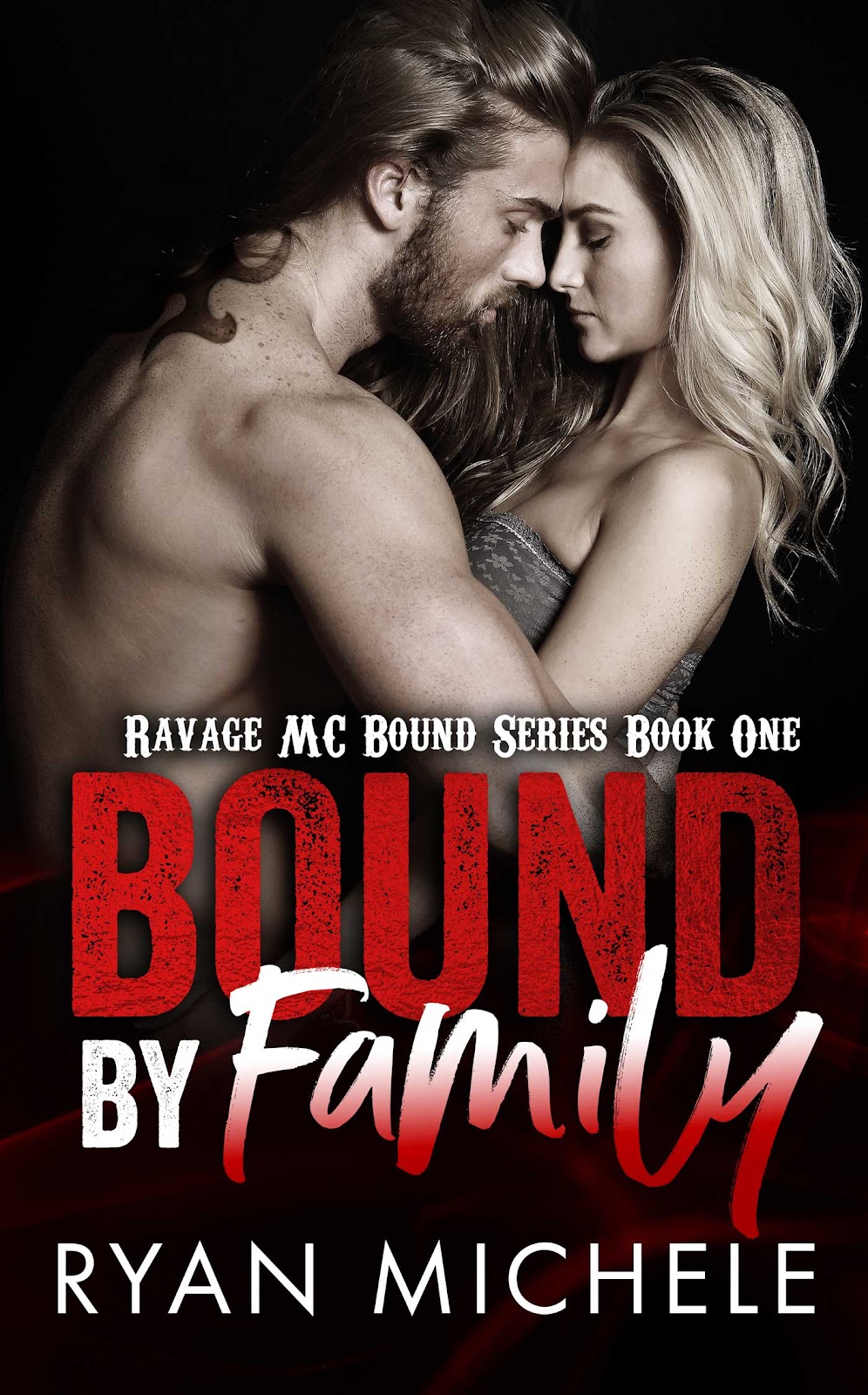 Cooper Cruz knows what it means to be surrounded and bound by family. Loyalty, brotherhood, and protection are all learned, earned, and respected by him and the Ravage Motorcycle Club family he grew up in. At the same, he’s a man, having fun and living the life he has always envisioned, until a trip to Florida changes everything.

Bristyl Daniels knows what it means to be smothered and bound by family. Bonds run deep with her father and all the members of the Sinister Sons Motorcycle Club she has grown up in. But now she’s all woman and wishes they would see she isn’t a little girl anymore. Then one phone call gives her a chance meeting with a hunk of a man she can’t get off her mind.

When her favorite band comes to play at a motorcycle rally in her hometown, Bristyl decides it’s worth the risk to sneak off for a little fun. When a situation gets heated, though, Cooper and the Ravage MC step in, setting off a chain of events, both good and bad in both their lives.

As the dust settles, Bristyl will have to come to some very hard decisions. Meanwhile, Cooper knows exactly what he wants. To hell with the consequences. 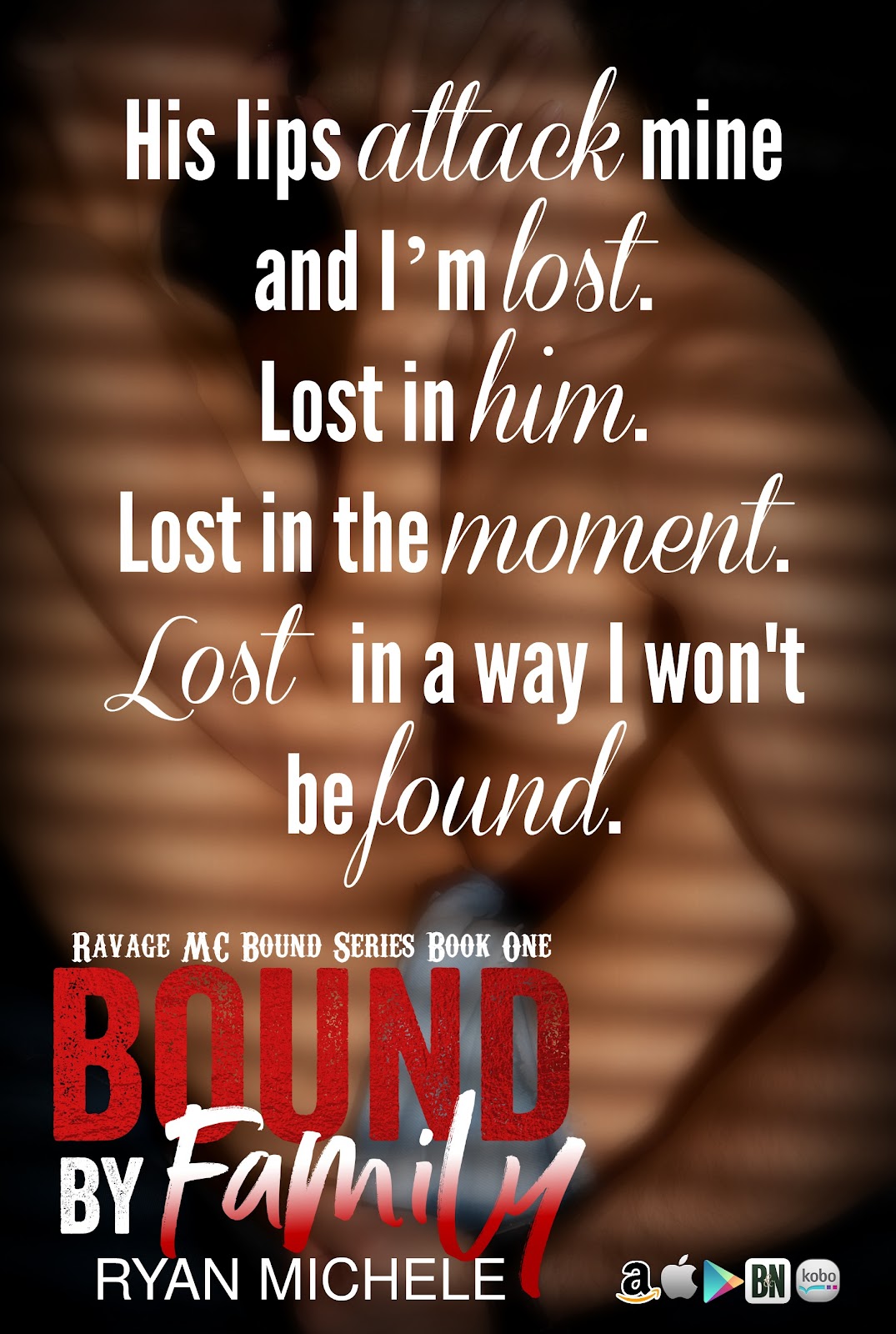 This book I had waiting for, I always wanted to know more about the next generation, and I can say Cooper didn't disappoint me.
I always wondered what would happen to Cooper when he grew up, he was a loved character when he joined Cruz his dad and Princess his stepmom at Ravage MC.

Cooper grew into a strong young man, he is most loyal to the club and his family. He knows the meaning of being bound to them all, after all being brought up in the family after all he went through as a kid with his mom or as he likes to call her his donar. He likes to have fun, but he is also very determined to be what he needs to be. He had my heart from when he was a young boy.

I loved Bristyl, she is very strong independent women. She does what she wants to a degree even with a hard headed dad and very protective brothers. She is brought up in the MC life, but also feels like she don't belong in that club. She knows what it takes to be in the life, so I really enjoyed her story and how she came to what she is now.

I cannot wait for more of the next generation.

I’m not sure if I should be pissed that my brothers and father left me to deal with this mess or thank them for the gorgeous eye candy. Not that I would, because they’d have a fit either way, but damn. Maybe it’s my mom smiling down on me, giving me a ray of sunshine through this mess.

All three of the guys are hot in their own way. By the cuts on their backs, they belong to the Ravage Motorcycle Club. Here for the rally, of course, and will be gone in a flash. That’s how it is. What the hell, I’ll enjoy the view while I can.

I sop up the water and wring out the mop head, then repeat … again and again.

Ryker, who boldly introduced himself, is a player. Yep, seen hundreds of them in my day growing up in the club. Tattoos, sexy vibe … I bet he doesn’t even have to ask women, just crooks his finger.

Cooper, though. My heavens. Talk about charismatic, and I got that just from the few words he spoke to me. Hell, I get it just from being in the same room with him. It’s like he oozes it out of his pores, releasing it out in the world for women to fall at his feet and beg. Then there’s the hair. I can’t call it light, and it’s definitely not dark. It’s a unique combination of the two; light browns intertwined with a few darker browns, giving his hair a shade I haven’t seen before. Like a caramel color with an edge, and long. So much so that he has a hair tie wrapped around his wrist. No doubt he puts it up regularly. I’d put money on it only amping up his sexiness.

When our eyes connected for that brief moment, the blue popped out in his. I also noticed some navy around the edges. That combination of hair and eyes … Be still my deprived heart.

The way his pants ride low on his hips makes me want to give up all kinds of things to get him to raise his arms above his head so his black T-shirt rises up and I can see what’s underneath.

He has tattoos running all up his left arm, disappearing under his shirt. I can see some black poking through the top at his neck, too. It piques my curiosity, wanting to find out what he’s hiding.

I shake my head and squeeze out the mop. It’s been way too long since … Never mind. 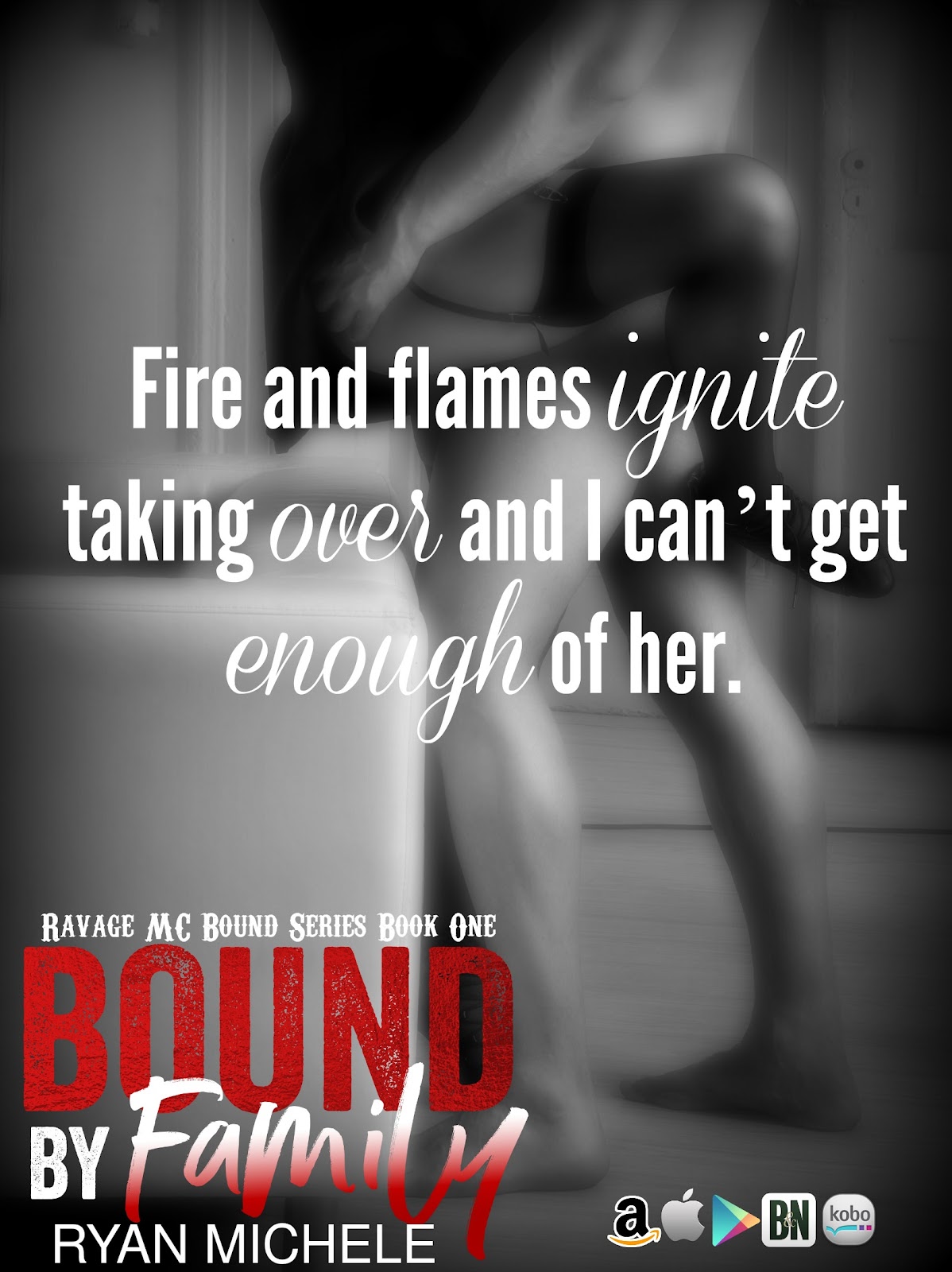 ** Bound by Family (Ravage MC Bound Series #1) is a standalone full-length novel. You do not have to read the Ravage MC series to follow this book, but if you’d like to see where it all started, you really should. **

Now is your chance start with Book One!

Ryan Michele found her passion in bringing fictional characters to life. She loves being in an imaginative world where anything is possible, and she has a knack for special twists readers don’t see coming.

When she isn’t writing, Ryan is a mom and wife living in rural Illinois and reading by her pond in the warm sun.