Blog Tour BETWEEN THE SECRETS by S. Ferguson

Between the Secrets, an all-new MM romance by
S. Ferguson is available now!! 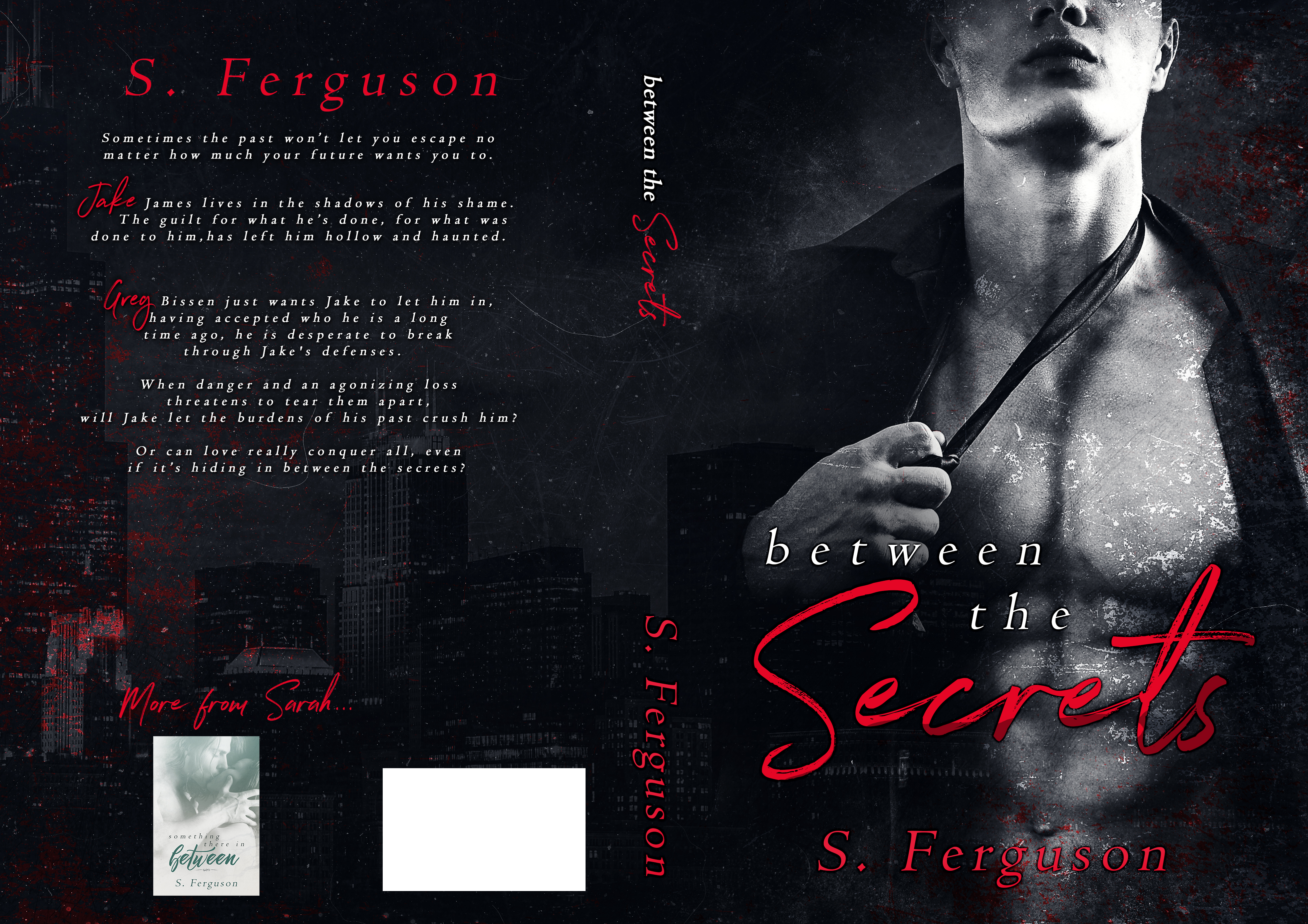 Sometimes the past won’t let you escape no matter how much your future wants you to.

Jake James lives in the shadows of his shame. The guilt for what he’s done, for what was done to him, has left him hollow and haunted.

Greg Bissen just wants Jake to let him in, having accepted who he is a long time ago, he is desperate to break through Jake's defenses.

When danger and an agonizing loss threatens to tear them apart, will Jake let the burdens of his past crush him?

Or can love really conquer all, even if it’s hiding in between the secrets?

I hear a clatter, pulling me out of my own head, as Jake tries to yank the dusty cloth off the stove. That’s enough of that shit. I don’t know if the stove is still connected to the gas and I don’t feel like dying in a giant fireball tonight. Marching up to Jake, I grab his shoulders and try to steer him toward the back door, but he isn’t having it. Spinning around, he puts us chest to chest. I swallow the sudden lump in my throat. Does he know? Of course he doesn’t. The tension between us has been rising to a boiling point. Our chemistry is so much deeper than just friendship. Jake’s walls come down when he drinks, but I have never dared to hope for a moment like this. “There isn’t any food,”Jake pouts, his baby face making him look like an adorable child—a child I want to smack and kiss, in no particular order. I’m tired too and ready to go home. But I know Jake won’t drop his hunt for food. We’ve been down this road before. I sigh in defeat. “I’ll take you to Waffle House,”I whisper. I’ll push aside my tiredness for Jake. I would do almost anything for him. This moment feels intimate, being in the dark alone with him in my arms. It’s pretty much every dream I’ve ever had come true. “Greg…”Jake’s voice trails off. I can just barely see in the dim light, but it looks like his eyes are focused on my lips. “Fuck, don’t look at me like that.”It’s only a half-hearted protest. More of me wants this than not. And that’s the problem. Jake doesn’t speak. He just leans forward and then, after a brief hesitation, pushes his lips to mine. My entire body stiffens, afraid to move. God I hope this isn’t some drunken mistake on his part. My hands lock into their position resting on his shoulders. I’m so nervous I’ll spook him. I know his history, probably better than most. I don’t know if he realizes what he’s doing. I know I’m a bastard for not pushing him away, and despite all these thoughts, about ninety percent of the blood in my body is rushing south. Jake ignores the fact that I’ve frozen on my feet. Slanting his head, his tongue teases my bottom lip, asking me to open up. And I do. Oh my God, I do. He wraps his arms around the back of my neck, pulling us even closer. I can feel I’m not the only one aroused by this, his erection pushing against mine through our dress pants. He moans when he feels my hard-on pushing back, and that’s all I need to thaw. I move my left hand up to the back of his head and take control of the kiss. I don’t even think about it; I lower my right hand to rub him through his pants. Despite the material between us, I can feel how hard he is. I feel the heat coming off of him. He moans long and low into my mouth, thrusting himself into my hand. I curse as I manage to undo his button and fly with one hand, mentally high-fiving myself for the coordination, and reach past the layers of fabric to grip him. He’s just as big as I thought he would be. Smooth skin over something hard enough to hammer nails. I run my hand from his base to tip. I had already known from plenty of times in the men’s room together that he was uncut, but feeling it like this makes me want to do so many dangerous things to him. I wonder how he would feel about me nibbling on… A sudden crash scares the shit out of us. I rip my mouth from Jake’s and we both turn our heads to our left at the same time. Ron is standing in the doorway. Despite the shitty lighting, I can see his heaving chest. His eyes are wide and he's holding his gun. This is not good. This is so not fucking good.

Ferguson is a military wife and mother of three. She loves to find beauty in the flawed and broken.

Connect with the Author:

Stay up to date with S. Ferguson by signing up for her newsletter today: