The Desire for Discipline Series by Isabella Kole

The conclusion to Accepting His Terms and Submitting to Bryan, this is Lyndsey’s story. Orphaned at the age of four, Lyndsey Greene was raised by her parents’ best friends, Bob and Maeve Walsh. They’ve given her a good life and an education, but there has always been something missing, a longing she can’t quite put her finger on. When she’s about to marry the love of her life, John Gordon, she discovers her fiancé lived the life of a Dom before he met her. When he presents the idea to her of living the lifestyle once they’re married, she agrees without qualms. Her own adopted brother and his wife practice DD in their marriage, so the idea does not frighten her. Lyndsey has the perfect balance in her life, a fulfilling career with a local publisher, where she maintains control, and her submissive life at home, where she has willingly relinquished control to John. But when she is let go from her job with no warning, her life begins to spin out of control. She no longer has the best of both worlds and is having a hard time finding any semblance of balance. Will she go against John and make a move that will end their marriage and all they’ve built, or will John’s love be the force that keeps her on track and ultimately brings balance back into her life?

Other Books In The Series

Janis Lincoln has found the man of her dreams in handsome co-worker, Bryan Walsh, until he suggests it's time to move to the next level of their relationship. When he tells her exactly the type of marriage he expects, she is shocked. Can she submit completely to a man? Always a free spirit, she balks at his first attempt to discipline her. Returning to her old college crowd and an old flame, she finds herself caught up in the club scene once more. Realizing her heart is with Bryan, she nearly loses her life before she has a chance to decide if she can be the kind of wife he wants. Things seem to be going smoothly, but when the couple announces their engagement to Bryan's parents, another storm is brewing. Janis Lincoln is not the girl they have chosen for their son to marry, and on Thanksgiving night when Jan walks in on her fiancé and Lindsey, the girl his parents raised after her parents were killed and the same girl they want their son to marry, she bolts a second time and calls off the wedding. Will Bryan be able to convince Janis she is the only one for him? Can Janis submit completely to Bryan?

Jill Lincoln has the hots for her stern, hunk of a boss, Jarrod Baine. With his piercing steel-gray-blue eyes, hair as black as coal, and a body to be enjoyed, she wonders what it would be like to be his woman. But she's only one of many who would give her eye teeth to be in his bed. The day Jarrod rescues her from a would-be assault by a young mail clerk; she finds that he is as attracted to her as she is to him. As the two begin a relationship, it becomes very apparent to Jarrod that Jill is a nervous, high-strung lady and he searches for the best way to ease her tensions. Together they begin to form a strong bond as they experiment with discipline. As the couple realizes their feelings run much deeper than an office affair, Jarrod asks her to be his wife. As they enter into a hot, passionate marriage, complete with the discipline, by mutual consent, a deeper emotional bond is formed that continues to grow much stronger over time. But when Jill suffers a heartbreaking miscarriage and Jarrod is not by her side, she retreats into a deep, dark depression, turning away from the one man who can save her. Will their bond be severed forever? 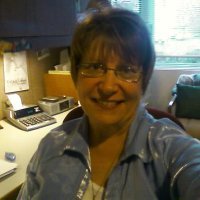