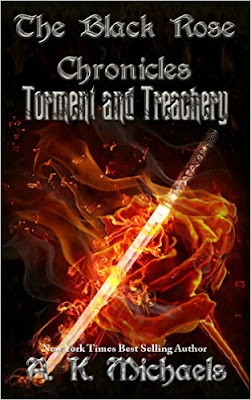 Cassius Allarde, probably the most powerful Vampire in existence, finds out how powerless he is when his newly found mate, Rose, is kidnapped. Out of all of Cassius’ vast capabilities inter-realm travelling isn’t one of them. His anger knows no bounds as he realizes the danger Rose is in, and the lengths they’ll have to go to if she has any chance at survival.

Kuan, the mysterious man who purports to be a Chinese God, is the only person who can help them. Cassius assembles a rescue team and they head to the one place he never thought he’d venture: Hell.

Will they reach Rose in time? If they do, will she still be in one piece? Read book 2 in The Black Rose Chronicles to find out.

If you like Paranormal Romance full of suspense, action and thrills, mixed with Dystopian, then this unique series by New York Times Bestselling Author, A K Michaels, is for you.

Rose moaned as she tried to get up, pain lancing through her body as she forced her eyes open.

“Fuck, fuck, fuck.” She cursed as even the smallest movement caused agony so great that she saw black spots before her eyes. “Breathe,” she commanded, as a groan escaped her lips in retaliation at the movement of her broken ribs.
She stifled the moans that were rumbling up her throat, silence and stealth were her friends now. She wasn’t stupid enough to think that fucker Razor hadn’t instructed the guards to alert him when she woke. “You need to focus, heal yourself, and then get the hell out of here,” She told herself firmly.

Rose lay back onto the soft bed, murmuring quietly a simple healing spell, and grinding her teeth when it went to work. The soft sounds of her bones knitting back together were all she heard, apart from the blood pumping so fast through her system it was echoing in her ears. Bones, bumps, bruises and split skin, were soon almost healed, gingerly rising to go to the bathroom. She rinsed her face, redid her hair with her silver sticks, then returned to redress in clean clothes, clothes that didn’t stink of her own and Razor’s blood. That’d be far too easy for Razor or his Demon guards to track, and she was definitely not going to make it easy for them to find her.

She knew what he’d do to her the next time he got her in his grip.

First Book in the Series 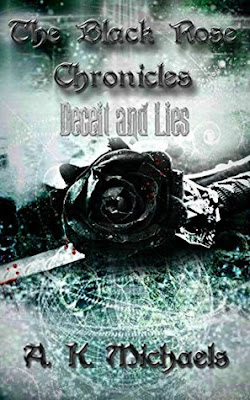 New York Times Bestselling Author, A K Michaels, Ava, was born in Scotland quite a number of years ago and was married at a young age, and is mother to three much loved children. After the birth of her last child she went back to higher education to study, before gaining employment within the banking industry. She worked in that role for a number of years before leaving; both the job and the country.

She lived abroad for a few years before returning to Scotland and finally taking up her dream - writing.

She is the author of the Highland Wolf Clan series of books and several other series, The Witch, The Wolf and the Vampire, Supernatural Enforcement Bureau, Defender's Blood, Sabrina's Vampire, The Black Rose Chronicles, together with Lori's Wolf Pack. Her books fall into the Paranormal/Urban Fantasy genre, with The Black Rose Chronicles being Dystopian with Paranormal beings in abundance. She loves writing those particular kinds of stories where she can let her imagination run wild.

She now spends her time reading - everything from Sci Fi to Crime, Erotica to Fantasy, Thrillers to Paranormal Romance. She loves spending time with her family and, of course, writing. She also loves chocolate, her German Shepherd, Luna, and Rose Wine! 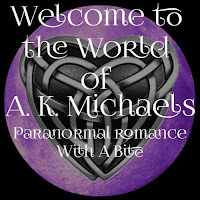