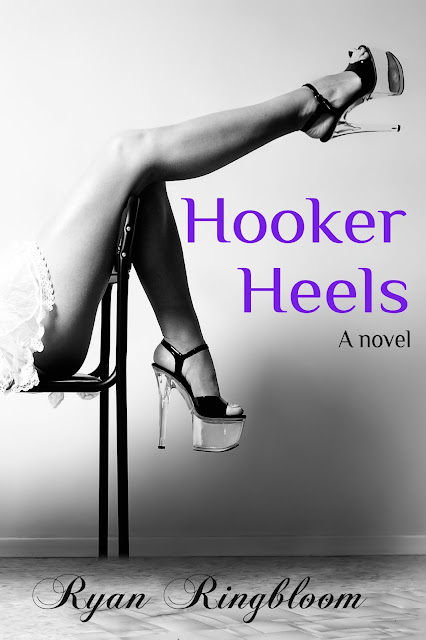 Title: Hooker Heels
Author: Ryan Ringbloom
Genre: New Adult
New Adult Contemporary Romance. Standalone. Kenna Winston's world revolves around money, and the men who spend it. Men are mere pawns in the game that she calls life. However, her game is about to change once she's offered a business contract with some interesting caveats. Kenna has to decide whether she is ready to up the ante and play in the big leagues. Or decide if the proposal being offered is crossing the line, even for her. With her heels high and morals low, she wonders what will happen if her heart gets involved? Oh that's right, she doesn't have one. Zackary Knight has always had things handed to him. That's not the life he wants. Can't anyone see that he goes deep, that he's more than just a shallow dollar sign? Who is this beautiful woman who just appeared on his doorstep? Is she someone he can finally open his heart up to? Because his heart, it's a big one. *Contains Mature Content 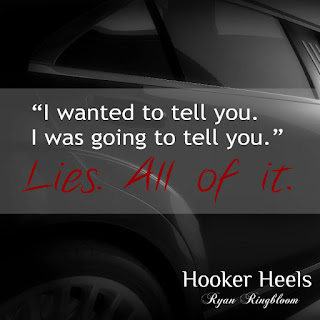 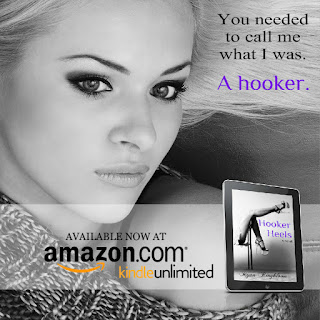 Excerpt
“Perhaps you’d care to join me.” His eyes roamed down to my legs and he took a sharp breath in through his nose. He stood and extended his hand to me. “We can discuss my business some more and then maybe we can discuss yours.”
My business. I covered my gulp with a small cough. It was crystal clear what he was insinuating and yet I accepted his hand, gracefully standing from the tall stool. That was the kind of power that came with money. And at the moment, I was powerless.
“Send another bottle up please,” he all but growled, his hand on my back ushering me in the direction of the lobby.
“Right away, Mr. Parker,” the bartender acknowledged him.
Mr. Parker. That was the name of my wealthy suitor. Good to know.
A black card was slipped into a slot in the elevator and it took off to an unmarked floor on top of the hotel.
The doors opened to a posh hallway and I followed Mr. Parker to the only room on the floor. We entered the penthouse and were greeted by a butler dressed in black tails.
“Good evening, Mr. Parker. Miss.” He nodded at me. “I have your bottle of champagne set up on the bar. Shall I pour?”
I glanced around the enormous space. There was a bar near the windows with another bottle of Dom already waiting for us. A simple gesture was made, two glasses of champagne were poured and a crystal glass was placed into my hand.
Fancy nights courtesy of a man who was attracted to me and looking for sex was nothing new. I’d received many drinks, trinkets, jewelry and more from the many disposable men who had come and gone in my life. I had incredible assets and knew how to use them to get what I wanted. Or needed.
The butler disappeared. I didn’t even see him leave. We were alone. I placed my empty glass down on the bar. Time to work my magic and see what it would get me.
Hmm, what was Mr. Parker’s fantasy?
Figuring out a man’s desires was my gift. It was a talent I had perfected.
Once again, I found Mr. Parker admiring my long legs. They were toned and perfectly tanned. A winning combination that I learned early on stilettos accentuated even more.
I reached forward and pulled on his blue silk tie, walking backwards, leading him seductively over to a pristine white sofa. I gave a playful push, seating him in front of me. His eyes opened wide in lustful admiration.
I expertly unzipped my dress in one quick motion and let it fall. He groaned and leaned back. I hid a smile at his predictable reaction and stepped free, kicking the garment to the side. If I was wearing a bra or panties, I would have removed them next but… oops look at that, I wasn’t wearing any.
This left me standing tall in nothing except my heels.
My hooker heels. 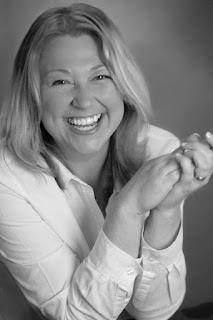 Ryan Ringbloom is a YA/NA author who lives for anything Romance. The passion, love, angst, awkwardness... she loves all of it. When Ryan needs a break from reality she sneaks off to read a romantic story or write one of her own. Drinking coffee, reading Tweets and hugs from her five year old are the best part of her day. You can follow her on Twitter: @RyanRingbloom or visit her website at RyanRingbloom.com . Feel free to contact her, she would love it!
Connect with Ryan:
Website | Facebook | Twitter | Goodreads | Amazon | YouTube
| Instagram | Newsletter |