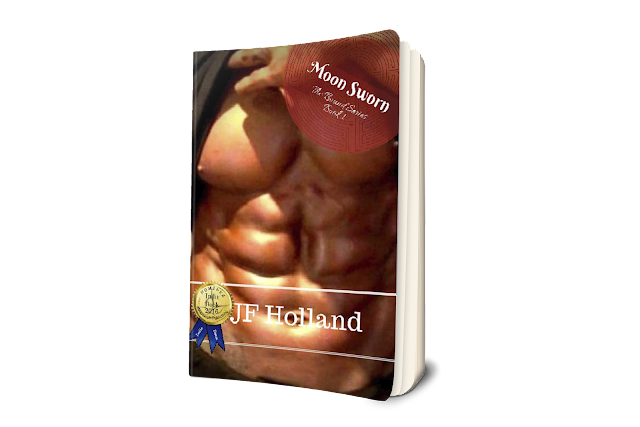 Moon Sworn is an introduction to 'The Bound Series', the story of the characters within carry on throughout the series.

At 4-years old Maya Rawlings witnessed her own father horrifically murder her mother. Brought up by an older aunt she knows nothing of her family history.

She wants a family of her own to make up for all that she's lost, but it's difficult to achieve when she's not attracted to anyone. That is until the night of her 21st birthday when a strange mark appears on the palm of her hand. The mark was followed by re-currant nightmares of fleeing for her life, and the voice of a man offering her things she's always dreamed of. Is he real or is she finally losing her mind?

Jaden Matthews is a loner who never settles in one place. He doesn't do forever, not after the murder of his parents and younger brother. That is until fate decides to step in and a mark appears on his hand, it seems he now has a mate.

After waiting 21-years for her to mature, the clock is now ticking. First he needs to find her and his search leads him back to a place he'd vowed never to return. He's not the only one there hunting her though.

Can he use his skills to not only get rid of the threat to her life, but also persuade her to agree to the binding? Or will he be destined to walk a limited lifespan alone, as the animal he becomes? 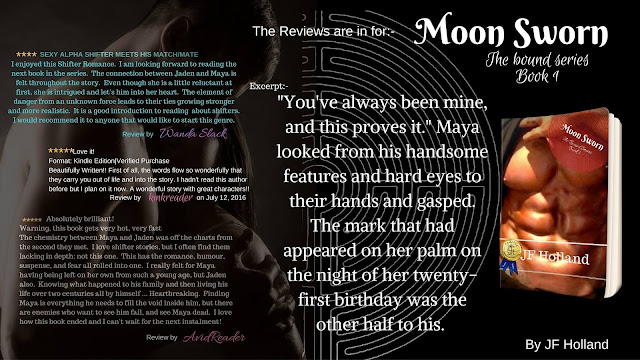 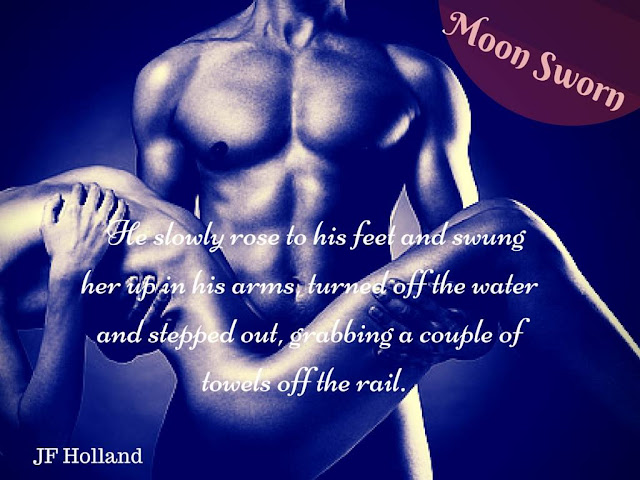 Bound by the Moon
(The Bound Series #2) 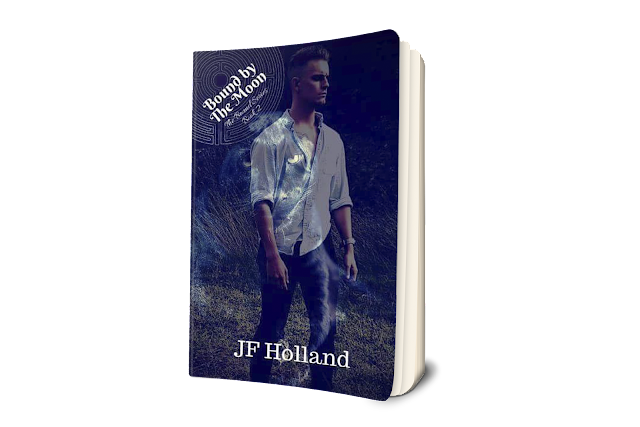 Bound by The Moon, part of 'The Bound Series'.

Characters within make appearances throughout the series.

Jaden Matthews has now found and fallen for Maya Rawlings, his mate. They need to perform the binding ceremony, but their plans are hitting a few snags. Namely, the rogues', which are stalking Maya.

If they don't complete the ceremony Jaden will become the Jaguar he shifts into for the rest of the animal's life span. No more immortality, or humanity, and no more Maya and forever.

Helena, Maya's mother is back from the dead, and her cousin Lana, is also on the rogues' radar. The stakes have just gotten higher as it's no longer just Maya's life that is in danger. The battle has begun to keep Maya and her family safe.

More immortals have offered their help to eliminate the threat, as the rogues' actions and indiscriminate kills are also threatening discovery by humans.

The game of cat-and-mouse has begun. Who will be the victor? 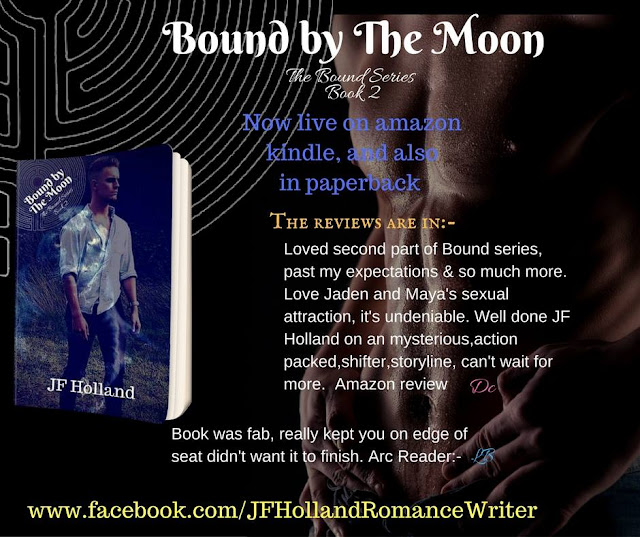 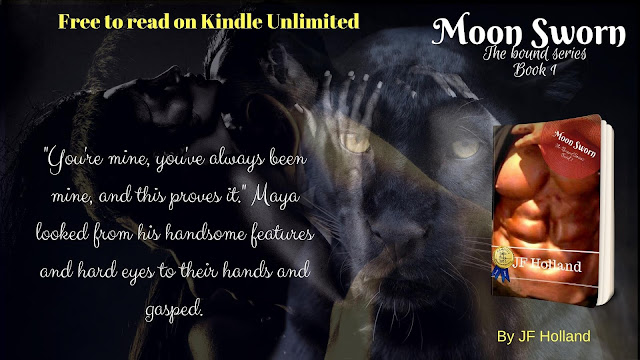 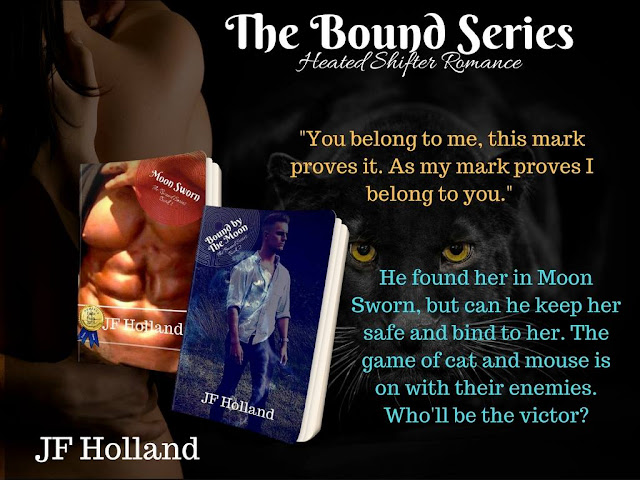 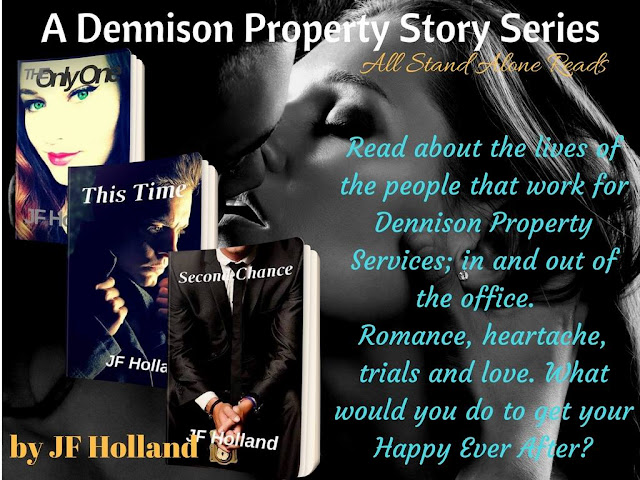 The Only One
(A Dennison Property Story #1) 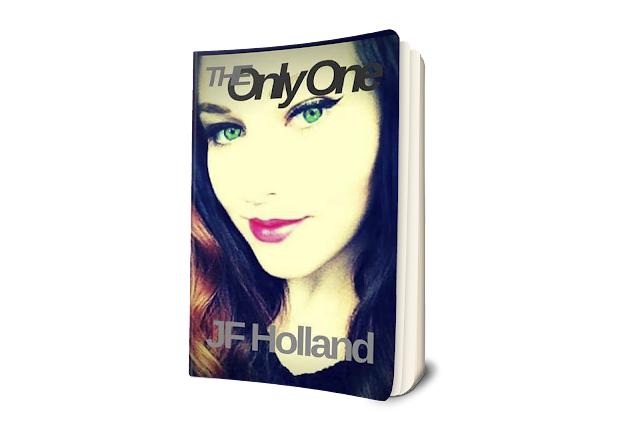 The first book in the Dennison Property Story Series. Characters to relate to, with human failings, humour and chemistry. (Each book is a standalone read in its own right)

Kitty Phillips has worked as Blake Dennison's pa for 2 years, and has kept under this playboy's radar by hiding her true looks and temperament. Until her first foray back into the dating pool sees her being taken in by yet another womaniser. Back in the office Kitty's temper slips its leash and she tells Blake exactly what she thinks of him and men like him.

Blake's bored and wants a woman who's more of a challenge, although he's never looked towards his employees for his entertainment. That is until he sees the woman Kitty's been hiding from him for the last couple of years, and he's all for breaking his rules.
Blake begins a game of cat and mouse as he pursues Kitty, but they both get more than they bargained for. Kitty's passionate nature ignites Blake's blood and stimulates his mind, and in Blake Kitty finds a man she'd lost hope of ever finding.

Have they finally met their match?

Or will underhanded dealings steal away their chance at finding the only one for them? 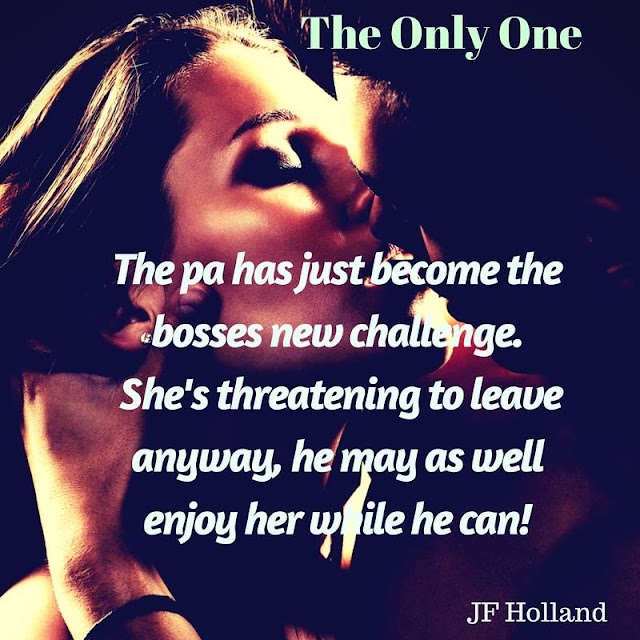 This Time
(A Dennison Property Story #2) 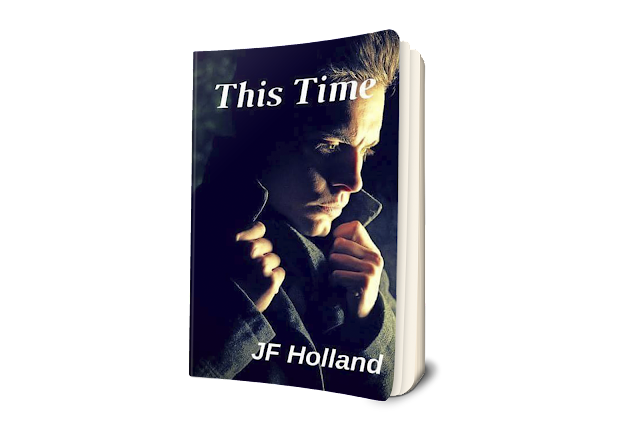 The 2nd in the Dennison Property Story Series, characters to relate to with human failings, humour chemistry and profanity

Rob Phillips is jaded, he’s spent most of his life being seen as only an accessory and a pretty face. Then again he doesn’t do relationships!
Alison Pope is a quiet young widow with a small daughter who’s got a past she’d rather stay there; that is until she meets Rob at an Art Exhibit. He’s so much more than she believed a man could be, but he wants the one thing from her that she’s incapable of giving, intimacy!
Rob pursues Alison, a first for him and finds he’s not put off by her daughter, after all, he only wants sex, not a relationship. Once the cards are finally on the table and the chemistry is revealed he’s shocked to find that he wants more but Alison is holding back. She’s hiding something. Can he put the missing pieces together, to find a way forward for them? Is Alison willing to trust him with not only her own but her daughter’s happiness? 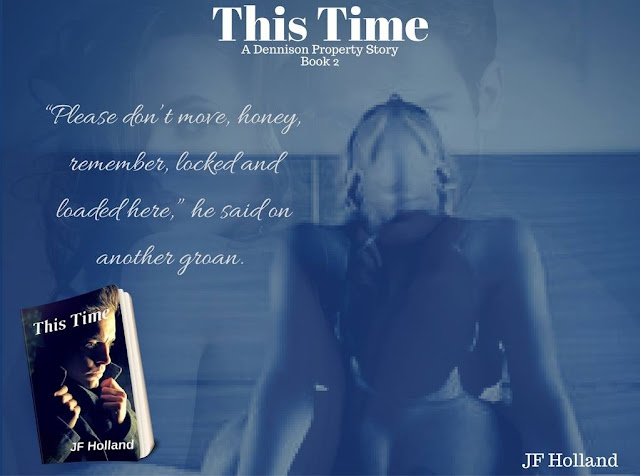 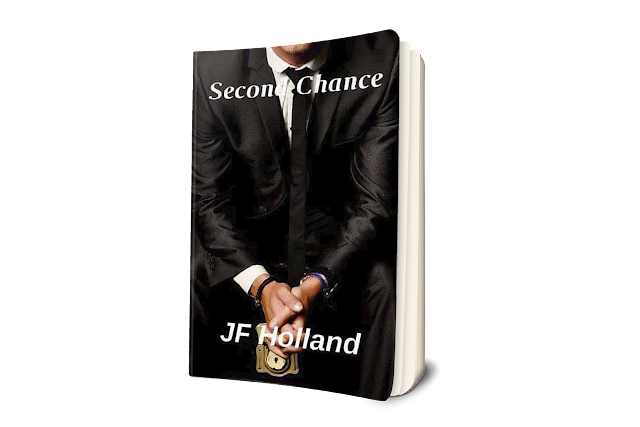 Jeff Haneran's fighting demons no one else can see. Being ex-military his experiences in the Middle-East have left him suffering not only physical pain, but flashbacks and nightmares of a day that has haunted him ever since.

Back in civilian life Jeff finds solace and coping mechanisms in the playboy lifestyle. He successfully masters a cavalier attitude until the return of the only women he ever loved.

Letting Helen Orpington go was one of the hardest decisions Jeff had ever made. Now 5 years on she's unexpectedly back and also working for the same company as him. She's also has something he never thought he wanted; not after his experiences, yet he now refuses to live without either.

Will they get their Second Chance at first love or will Jeff's demons keep them apart? 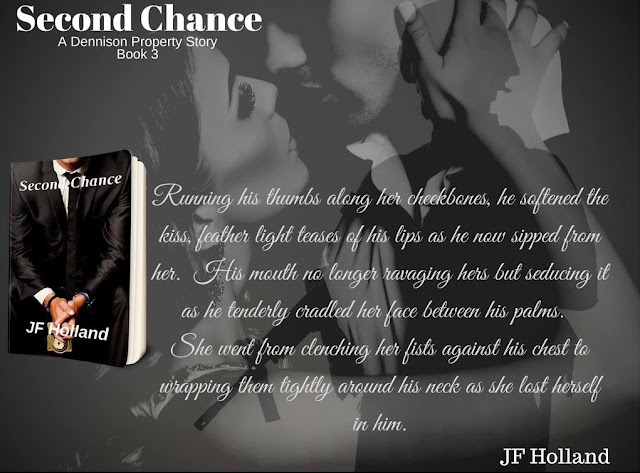 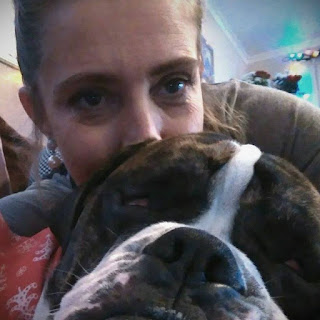 I still live in the small town in Manchester, UK, where I was born at home on January 10th 1968.  I was raised and attended school here. Now a wife and mother, I live with my husband and 6 children, and a small menagerie of animals.

I've always loved the underdog, the fighter. But let's face it, we all want to believe in a happily ever after. As a huge fan of books (book nerd is the endearing term, my children use). I have an immense romance collection which also includes paranormal romance. If I'm not writing, I've got my head stuck in a good book.

You can't beat reading, watching the plot and characters come to life in your imagination. It's so much better than television. When I was younger, I tended to re-write books and fairy-tales where I wasn't completely happy with the ending. It confused the hell out of my children once they learned to read. None of the books matched the stories I'd read them growing up.

I had a varied career including Admin, Customer Service, and Teaching unemployed adults IT and customer service skills. Well, until I became ill a few years ago.  I'm now at home full time, classed as disabled (neuro fog can make life, and writing fun sometimes).  So instead of feeling sorry for myself I decided to do something I'd always wanted to do and loved with my life.  I began to write my own stories (as I'd done as a child) and as well as keeping my mind active it's fun too.  I'm now ready to share them and happy to receive feedback about my books (stories).