Amy K. McClung's For the Love of Gracie 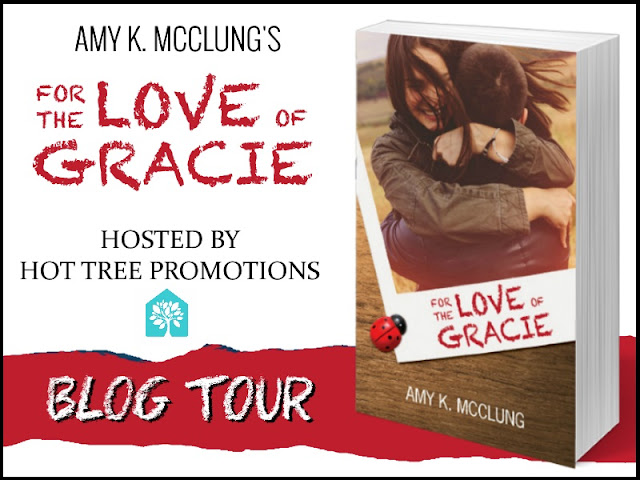 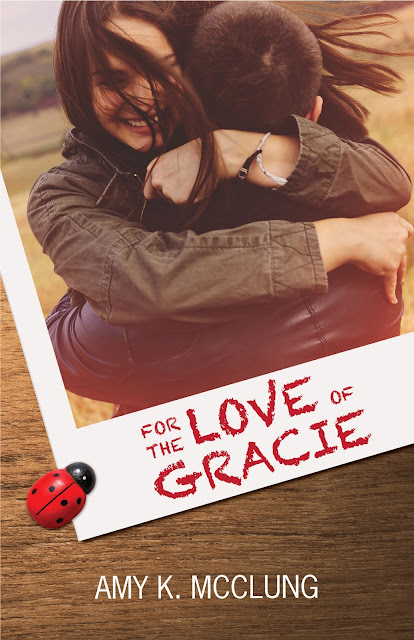 Always falling for the wrong guy, Gracie Walker hasn't had much luck finding Prince Charming. She's reached a point where it's easier to forget about romance and focus on what's important: college, clubbing and her friends.

But the best-laid plans don't always pan out as hoped.

Caught up in a web of relationships that threaten nothing but pain, Gracie has to decide who she can trust and who can help keep her safe.

What lengths will the man of her dreams go to… for the Love of Gracie? 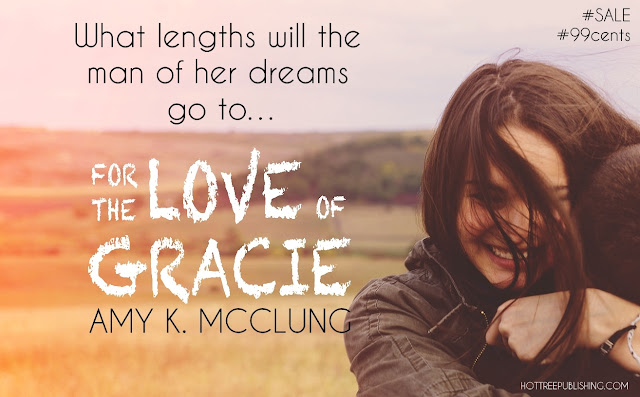 Only 99 cents for a limited time!

"I get cold easily, so body heat helps." I gazed up at the sky. "Isn't it pretty tonight? You can see so many stars."
Ashton and I sat and stared at the stars, not saying a word for a while. Comforted in his company, I quickly relaxed. I lifted the beer bottle to my mouth and took a long swig. "Thanks again, for last night. I had fun, you know, when I wasn't hurling. I cleaned your jacket too."
He chuckled softly. "I had fun too. You can keep the jacket. It looks better on you anyway." He offered me a small wink. "You're in college, right?" he asked.
I nodded.
"What's your major?" Before answering, I choked down the last swig of warm beer and grimaced. Warm beer always made me sick. He laughed at the way my face screwed up in disgust. "Was that a weird question?"
I snickered. "No, silly. I don't like warm beer. It tastes like piss."
His eyebrow rose curiously. "Drink piss often, do ya?"
Nudging him with my elbow, I said, "You know what I mean, smart-ass. Anyway, my major is undecided, much like everything in my life at this moment."
He nodded. "That's not uncommon for someone your age."
Now it was my turn to get some clarification. "Someone my age? How old are you, Grandpa?" He choked on the mouthful of beer he'd been attempting to swallow, and I patted his back. "Need me to grab Cameron for the Heimlich?"
He shook his head. "Nope, I'm good." He chuckled between coughs. I grabbed another beer from a cooler and popped the top. "I'm twenty-six, but thanks for making me feel old, though. You really know how to make a man feel good with that mouth."
I was mid-drink that time and spat the beer all over his shirt. His face burned with embarrassment as he said, "I didn't mean that the way it sounded." I doubled over in laughter, and after his humiliation wore off, he joined me.

Currently they have no human children, only the room full of colorful robots that transform into vehicles and the large headed Pop Funkos who represent their favorite characters. Collecting movies, shot glasses, Pop Funkos, and dust bunnies are some of her favorite pastimes.