SHATTERED BY YOU – TEAR ASUNDER #3 by NASHODA ROSE

SYNOPSIS
I killed, but I escaped hell.
Emotionless. Disconnected. Cold. A mannequin. It’s what I’d become in order to survive the years held in captivity. I was able to endure the abuse and devastating loss as long as I remained detached.
But he wouldn’t let me.
Crisis, the bass guitarist in my brother’s rock band, Tear Asunder. He’s cocky, rude, a total man-whore. But the rock star has far more beneath the surface of his inked skin, and he’s determined to make me laugh again.
He made me a “deal”, but really, it was blackmail.
His terms were simple. Until his playful honesty became the building blocks to something unexpected. Something strong enough to pull me from the eye of the storm.
Because even though I escaped years of abuse, it didn’t mean I was free.
Warning: Shattered by You contains dark elements. If you are uncomfortable with harsh language and/or disturbing scenes, then this book might not be for you. Trigger warning for drug use. *Mature audiences only.

SHATTERED BY YOU – BOOK THREE

This is another great story in the Tear Asunder Series! I think this one was my favorite. Going into this story, we know from the past that Haven survived some horrific things. This book delves into that and how Haven is dealing with those memories and flashbacks, so be prepared. It's very dark. Crisis is the bass guitarist from the band and has known Haven a long time. Her twin brother Ream is in the band and a good friend of Crisis. Crisis sees the pain that Haven is suffering with....and one night he runs after her and catches her out running in the dark in a thunderstorm.

"Moving on? Do you really want to go there? Because I'm standing in a barn in the middle of the night in a f*ckin' storm with a girl shivering, muddy and wet, with a gun in her pocket."

It was as if I ran in slow motion, the weight of the rain, the mud, my exhausted limbs, and the wind attempting to push me back down the hill. Vulnerability. It led to pain so horrific that it bled your insides into a sea of poison. Weakness killed. Weakness destroyed.

Crisis makes a deal with her....on their next tour, Haven is to call Ream every day and if Crisis texts her, she is to respond and he won't tell Ream about her running out alone at night.

"You realize this is blackmail?" Because I'd never give up my gun and Crisis appeared to know that.......He chuckled. "Baby, you can call it whatever you want, extortion, threat, bribery." He shrugged. "Bottom line, I get to make sure you stay safe IF we go."

And so starts their strange little world of texting which I found quite amusing at times. I fell in love with Crisis. He's funny, flirty, kind, loyal and for a guy, really gets it. That becomes apparent further into the story. But Haven knows all about Crisis' outward appearance.

Of course, Crisis dominated the pictures, the media loved him and, from his ease around the cameras, he did too. Often there were pictures with his arm around a random girl and I knew they were random because it was never the same girl twice. He soaked up the attention with his cocky grin.

And slowly Crisis begins to break through to Haven.

But Crisis was slowly showing pieces of a life that wasn't all about being productive and survival. It was about the simple joy of living. I never could equate the two together before.

I loved all these characters; they were family and fiercely devoted to one another. With Haven's demons sometimes still unraveling her, throw in a fan that is stalking Crisis and this story turns into a rollercoaster of emotional ups and downs. There is a lot that happens and it will keep you on the edge of your seat. I am so glad to have read this!

This story is told through both Haven's and Crisis' point of view and I loved that. It really let you get into their heads and see what they were thinking.

I cannot wait to read Kite's story next!! I highly recommend this whole series by this talented author!!

He never gave up on me. It was as if he crawled inside me and made himself at home. The thing was he never busted down the door. He knocked and it was I who opened it. 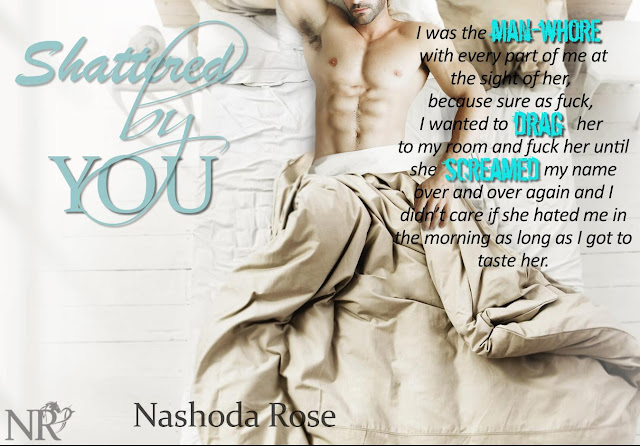 Holy cow! Haven’s story is horrifying, but Crisis is amazing. I absolutely LOVE a strong female and I’m not sure they come much stronger than Haven, what she went through, what she did to survive, just wow! Haven is a pivotal character in this book, but it is Crisis’s strength and loyalty that take my breath away. He’s funny, charming and dedicated to his friends and family. This book has twists and turns and an emotional rollercoaster ride as Haven battles her demons. Much like book #1, there is a quite a bit of blood and gore, but it is well done and the story comes together nicely. Nashoda Rose is a wonderful storyteller and I am dying to get my hands on Kite’s story. I give this book 4.5 stars with 3 hands down the pants.

“But Prince Charming was a fucking fairy tale. No guy was going to save you. You had to save yourself.” 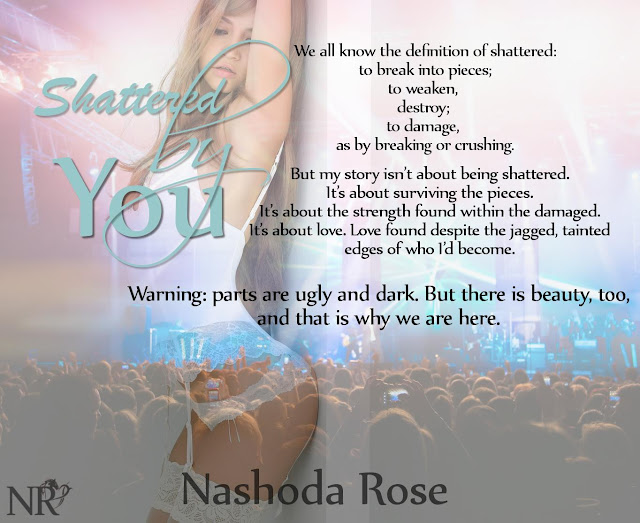 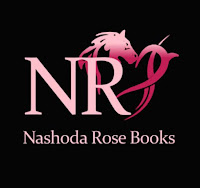 Nashoda Rose is a New York Times and USA Today bestselling author. She writes contemporary romance with a splash of darkness, or maybe it's a tidal wave. When she isn't writing, she can be found sitting in a field reading with her dog at her side, while her horses graze nearby. She loves interacting with her readers and chatting about her addiction--books.

Nashoda is a member of Romance Writers of America and is represented by Mark Gottlieb of Trident Media Group.