BLOG TOUR - When I Lied by Michelle Kemper Brownlow 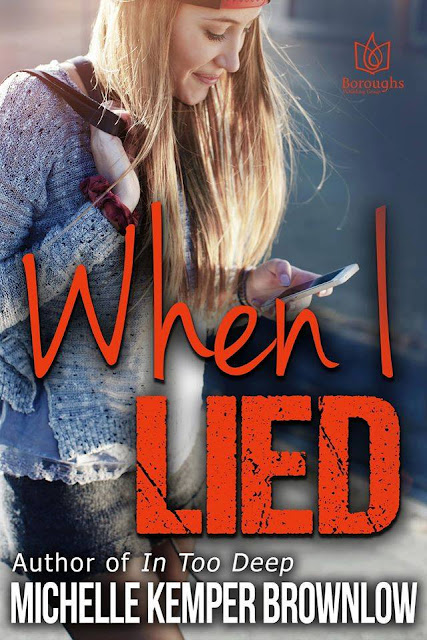 When Kate created her sexy online persona, “Lexi,” she never expected the lies to spin so far out of control. But now one of the biggest rock stars in the world, the brilliant but damaged Oliver Walt, is in love with her, and revealing the truth means not only breaking her own heart but sending the musician into a tailspin from which he might never recover.

Lexi is just the sort of girl a dark and brooding rockstar like Oliver Walt would fall for. Beautiful. Wild. Fun. The only problem?

LEXI IS A LIE

Bookish Kate Green knew she needed to brush up on her social skills before her first year of college, so she created an online persona to chat and flirt. And who better to practice on than talented and tormented rock frontman Oliver Walt? After all, the lead singer of her favorite band would hardly notice one more adoring fan. Except…he does. And with a single private message, Kate’s world changes forever.

Then Oliver wants to meet in person. Kate knows she has to come clean, but things are never that easy, so instead she enlists the aid of her beautiful and calculating study partner…which turns out just the way you might expect. Now, with Gretchen refusing to stop being Lexi, the lies grow bigger by the hour—and so do the stakes. Kate’s heart and Oliver’s life.

Holy smokes, I loved this story!! I'm not even sure where to start!

As you know from the synopsis, Kate decided she needed a test run on social media before she enters college, to figure it out so as not embarrass herself. She decides to set up a phony Twitter account under the name of Lexi Cartwright. She never dreamt there would be any problems with that. Who would even notice her??

Enter Phobia5, the hot British Rock band and lead singer Oliver Walt and her posts catch his attention. He direct messages her and they begin chatting online, which slowly turns into a relationship; just friends, but he finds her to be kind, down to earth, honest, just what he's craving in his life.

"....Love, this business is wretched. No one is sincere. Everyone is out to find your faults....And the dishonestly within this industry is sickening. You can't trust anyone. If i didn't have you to turn to these last few months, I'm afraid of what could have happened."

Slowly Lexi begins to feel more for Oliver and her lie starts to weigh heavy on her. She knows she must tell him the truth, especially when she gets a message from him that they will be playing the Billabong Festival and he wants to meet with her. She panics and her one single lie begins to spread even though it wasn't her intention. Her fear that her lie will hurt him even further eats at her since she cares very much for him. But give Lexi credit, she tries several times, but something always interrupts her.

I really fell in love with Oliver. He was such a broken, sad, lonely, hurt man. But he kept that tucked away from his fans. The only time he talked about his problems was with Lexi. I just wanted to hug him and tell him it would be ok.

Then there is Gretchen, a student in one of Lexi's classes. I will say you will despise her. I've come across conniving, nasty characters before, but she takes the cake. She gets assigned to work on a project with Lexi.

I decided to take the lead with our synopsis of our project so that Gretchen couldn't promise something we couldn't deliver. I knew I couldn't trust her as far as I could throw her, and I'd love to throw her. Off a cliff. Into an ocean. Of ravenous flesh-eating organisms.

And then there are Kate's good friends at school. Everyone should have a circle of friends like that. They were there for her at every turn!

"Here's to friendship. It's like peeing on yourself; everyone can see it, but only you can feel the warmth."

There is one turn after another in this story between Oliver, Lexi and Gretchen. It is at time so full of angst it killed me. The way this book ended really blew me away. Listening to Oliver, I was so entranced, I forgot he was a fictional character. Michelle's writing is deep, complicated and beautiful and her characters are rich. This was the first book of hers I have read, but I will definitely seek our her others. I highly recommend this book.

"Hi love." He breathed out a slow sigh. Melting. Melting into a puddle in the grass. His voice had the potential to reduce my insides to liquid.

I would love to see another story looking into the future of Oliver and Kate!!!

Read in exchange for an honest review. 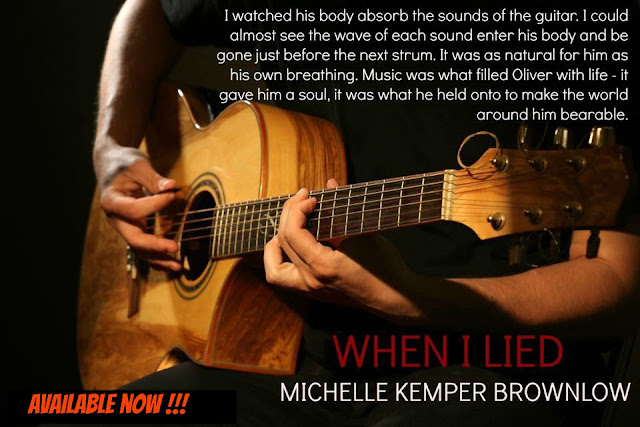 “Oliver, I don’t know if it’s my place to say anything…” I stammered a little as I tried to find the right words.

“It’s okay, Kate. You can say anything to me. What is it? What’s bothering you?” He tilted his head like he always did. It melted me each time he did it.

“Oliver, just know that you have blessed my heart and my soul with who you are and the words you bring to life. Be careful not to cut your time short inspiring the world with your genius, too.” I didn’t know what else to say and worried I’d said too much. Tears pricked behind my eyes, still being held back from earlier in the evening.

“Kate! Why are you crying?” Oliver’s other hand lifted to my other cheek and he held my face close to his.

“Oliver, there’s something I have to tell you.” Tears streamed from the corners of my eyes. The time had come. It needed to be done. It would break him but hopefully he could heal knowing I’d voluntarily set him free from the lie I’d created.

The limo’s horn blared and we both jumped. I sucked in a deep breath and wiped my face. Oliver’s hands gripped my bare arms.

“Come ON! Say good night already!” Gretchen’s voice had become like nails on a chalkboard and I’d have gotten great pleasure in ripping her throat wide open so I’d never have to hear it again.

“Lexi, you’re being rude. Please give us a moment.” Oliver actually rolled his eyes then turned back to me. I knew I didn’t have enough time to unleash the backstory of my lie before Gretchen would catapult herself from the limo and drag Oliver back inside.

“It’s okay. I’m sorry, Oliver. I get weepy when I drink too much. It’s nothing. Go ahead. I don’t want you to have to deal with Lexi being pissed off for the rest of your evening.”

“You sure you’re okay?” He placed his hands on my bare neck and goose bumps rose across every square inch of me.

“Promise, I’m fine. Champagne makes me really intense.” I winked and turned and slid my ID through the security lock. The door clicked and I pulled it open. I wanted him to walk inside with me and not leave until morning. 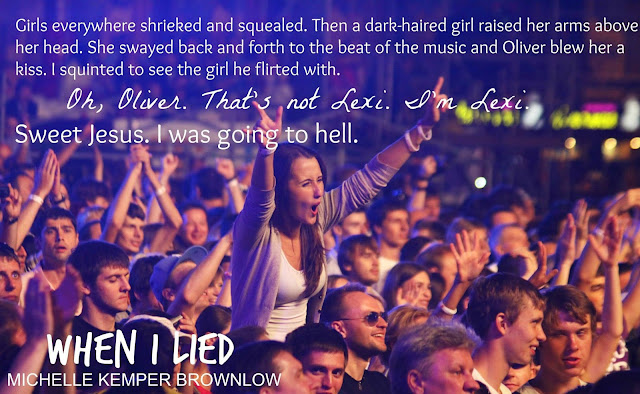 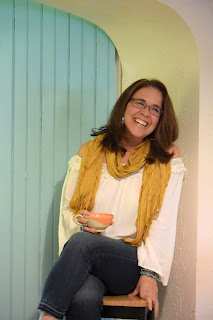 Michelle Kemper Brownlow likes her music loud and prefers live concerts but will happily settle for the eclectic playlists on her iPhone. This Penn State grad and former high school art teacher is easily distracted by colorful art supplies and Eddie Vedder's voice. When she's not in her studio writing, she can be found putting off housework for a good romance novel that has her heart pounding and tears flowing. She is married to her college sweetheart and is mom to three fantastic humans, a black lab, a tabby cat and a Chinchilla named Wodney.