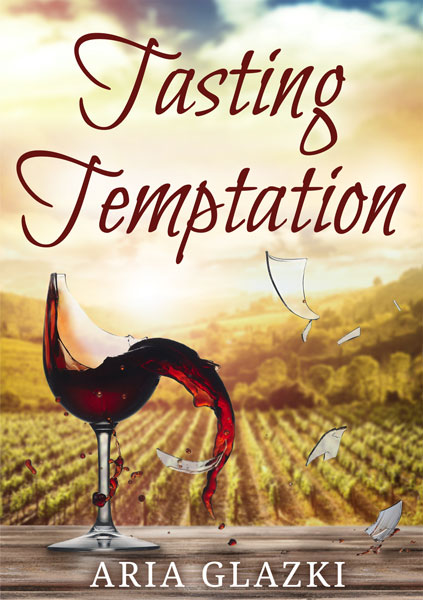 After last summer’s failed attempt at romance, Gina is absolutely done with men. And especially with millionaires. She has a good job as a fashion editor and amazing friends, and she’s decided she needs nothing else. All she really misses is the sex. But that rush just isn’t worth the risk of being ensnared in another relationship. When the hot bartender at her best friend’s Sonoma wedding suggests some harmless stress relief, she takes him up on the offer. When it’s sufficiently satisfactory, she indulges in a repeat—for the road. When she learns he’s actually the wealthy owner of the vineyard, the mix of fury and fear is damped only by the knowledge that she never has to see him again.

Hunter Cavaliere is determined to honor his grandfather’s legacy, and so far, he’s right on track. The vineyard is thriving, he has plans for expansion, and his wines speak for themselves. The only thing missing is the right woman to share it all. But through his grandparents’ marriage, Hunter learned what true love is, and he’s unwilling to settle for anything else. A woman who judges him because of his money definitely isn’t high up on his list. Still, when circumstance unbelievably keeps bumping him into the intriguing brunette from Portland, he can’t shake the feeling that she is someone he should pursue.

Gina’s poised to run the other way, but one more taste of Hunter may just prove too tempting to resist.

Gina flattened her palm on the bar and sighed. Maybe the emptiness was a sign that a drink was a bad idea.

Before she could make her mind up to leave, a barman came out of the back room, carrying a fresh case, which he set down with a clunk. His eyes raked over her torso before his lips pulled into a crooked smile. “You look like you could use a drink.”

His smile grew, crinkling around his eyes. “Maybe if you’re nice to me, I’ll pour you one.”

Gina exhaled, focusing on the man before her. This was a game she’d mastered long ago, even if she was a bit out of practice. “Maybe if you’re nice to me, I’ll let you.”

He strode closer. “What’ll it be?”

“What are you offering?”

He picked up a towel and wiped off his hands before running his fingers over the bottlenecks arrayed between them. His faded tee shirt stretched slightly across his chest and shoulders as he moved. Deftly, he spun a glass from its spot out of sight and placed it silently on the bar. He uncorked a fresh bottle with a pop. A deep red gurgled into the glass.

Gina lifted it and took a long sip.

The barman’s eyebrow crooked. “Glad I didn’t pour you the good stuff.”

She set the glass back down, half-drained, and shrugged. “I’ll be paying you for it, regardless.”

“Wine isn’t about the money. It’s about the experience.” He fitted the bottle with one of those tops that control how much is poured at a time.

Friendly eyes caught her in their gaze. “There are better ways to de-stress, you know.”

“Are you saying I seem stressed?”

“You’re part of the bridal party, aren’t you?” Another smile tugged at his lips. “Stress comes with the territory.”

She leaned slightly over the bar. “And you’re offering to make it all better?”

He sobered as his eyes trailed over all the skin exposed by her summery top. “How could I deny you?”

Gina traced the stem of her wineglass with her fingers, knowing exactly where his mind would go. “Is this a service you frequently provide, then?”

“Maybe I should start.” He leaned onto his elbows on the bar, so their faces were almost even.

Gina’s lips parted as she considered the man before her. Dark hair lay tousled, with stray locks drifting over his forehead. Symmetrical eyes demanded attention, easily holding their own with the strong line of his pronounced nose that drew her gaze to gently curving lips, set in a wash of stubble that flowed over a crisply defined jaw. De-stressing definitely didn’t sound like a bad idea, if they played on her terms. 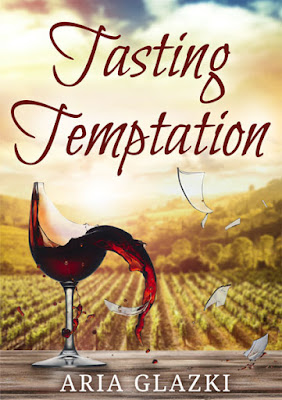 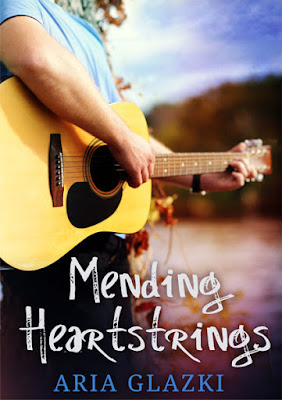 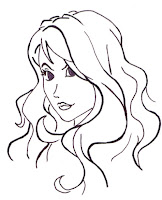 Aria Glazki's first kiss technically came from a bear cub. Though no fairytale transformation followed, she still believes magic can happen when the right people come together—if they don’t get in their own way, that is. So now Aria writes heartfelt romances about relatable people overcoming real-world obstacles to build love that lasts.