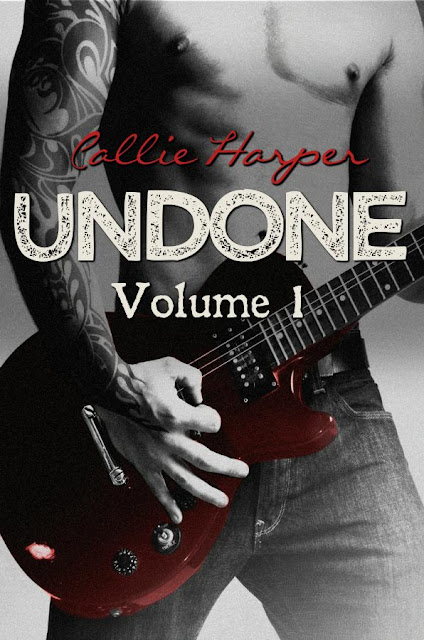 Take one bad boy rock god. Mix slowly with one wholesome librarian. Add a dash of paparazzi, a twist of scandal, and you won’t believe how good this dish tastes.

It’s pretty easy being a rock god. Party. Perform. P*ssy. Repeat. I’m 26 and it’s worked for me for years. Until I was caught ripping out the heart of America’s Sweetheart in a video gone viral. Now #HatePlayerAsh is trending on Twitter, she’s writing a song about how much I suck and I’m in desperate need image rehab, fast. Good thing paparazzi chased me into that library. Had I not ducked under that desk I never would have found myself next to the long, sexy legs and disapproving gaze of Anika Ivanov. In my world of use and get used, she’s a unicorn. A kind, 24-year-old, hard-working, family-oriented children’s librarian. My agent agrees, she’s the one to set everything right. All she needs to do is fake a month-long public romance, let the world see me fall hard for her, then dump me in a brutal, public display. It’s genius. Now I just have to convince her to agree. And convince myself that the only reason I want to spend the month with her is to improve my image. It’s not her full, luscious lips or her soft, seductive laugh or those fantasies I keep having of tying her down to my bed as I make her quiver and pant and call out my name.

Ash Black. In my library. Under my desk. It’s hard to believe it happened. I’ve listened to his voice so many times, my favorite soundtrack as I walk the streets of New York. My secret bad boy crush, the smoldering, shirtless star of the tabloids, all muscles and tattoos. Then one day he shows up and kisses me in my break room. What’s even crazier is how he wants me to spend the next month. At his shows in L.A., San Francisco and Vegas, candlelight dinners in New York and Paris. He wants the world to believe he’s fallen in love. With me. I’ve got to say no. He’s a walking disaster with a dirty mouth and wicked hands that melt my panties right off of me. This month would take everything in my well-ordered, neat little life and shake it up like a snowglobe. Then why am I so tempted to say yes?

NOTE: Undone is a three-volume hot adult romance. It’s the second story in the Beg for It series about the dominant, alpha males in Ash’s family and the strong, sexy women who make them finally meet their match.

Well, what to say? I enjoyed this book, but sometimes I wanted to smack Ash. He is a young, hot, sexy, popular rock star that is in love with himself. When he becomes a media sensation after breaking up with his girlfriend, Mandy, a well known American Idol singer, his image takes a big hit.

My agent was correct, a video popped right up under the title "A**hole Ash Black". Only 35 seconds long, someone had caught it on their camera phone, a perfect shot. Mandy Monroe and me in a fancy restaurant last night. Tears streamed down her lovely face. I looked shitfaced, shadows under my eyes, my black hair tufting out in crazy angles.

Listing slightly to the left, I leered at her and asked, "What, are you gonna do? Cry?"

Her lower lip wobbled, those famous big brown eyes brimming with tears. "Why, Ash? Why?" she pleaded.

So Ash comes up with a plan to redeem himself. He needs to find a nice sweet girl who will pretend to date him for a month. He will include a marriage proposal at one of his concerts and two weeks later, a messy break-up with him on the losing end.

One day, while trying to get away from paparazzi, he ducks into the local library and winds up hiding under Ana's desk. She is the children's librarian there. She is also a fan of Ash Black and finds it hard to believe that he's hiding out under her desk. He needs to convince her to sign on to this project.

I liked Ana and felt bad for her.

"The terms?" I adjusted myself, settling down again at his side instead of his lap.

"I've got an NDA you'll have to sign. My lawyer Nelson can talk to you about all the details. Or he can talk to your family's attorney if you have one."

Laywers? NDA? What was going on on here? "I don't understand."

This book ends in a cliffhanger, but thankfully, book 2 is ready to go on my kindle!!

Callie Harper writes contemporary romances so hot they may melt your ebook. You’ve been warned.

She is powered by coffee, wickedly sexy bad boys, and all things funny, intentional or otherwise. She is the author of OFF LIMITS to be released 12/15 and the BEG FOR IT series which will start being released in January 2016.

She lives in the gorgeous Bay Area with her family.

Connect with Callie at: