The player has met his match…

Life is good as long as he's got his boat, the steady line of beautiful women entering his Club Tahoe resort, and cold beer nights with his brothers.

Until a new kid enters the Club Tahoe children's program and reminds Hunt what it was like to grow up without a father. Not to mention, the effect the kid’s mother Abby has on him.

The last time Hunt got involved with someone he shouldn’t have, it nearly ruined his relationship with his brothers, the only family he has left.

Hunt should stay away from Abby...but he was never good at denying himself.

FREE for a limited time! 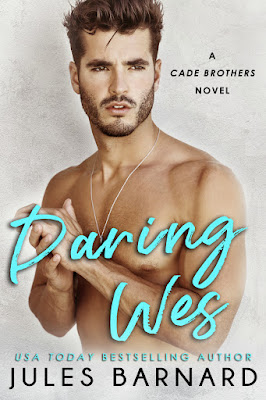 Jules Barnard is a USA TODAY bestselling and RITA-nominated author of contemporary romance and romantic fantasy. Her contemporary series include the Men of Lake Tahoe and the Cade Brothers. She writes romantic fantasy under the same pen name with the Halven Rising series LIBRARY JOURNAL calls "...an exciting new fantasy adventure." Whether she’s writing about sexy men in Lake Tahoe or a Fae world embedded in a college campus, Jules spins addictive stories filled with heart and humor.

When Jules isn’t in her sweatpants writing and rewarding herself with chocolate, she spends her time with her husband and two children in their small hometown on the California coast. She credits herself with the ability to read while running on the treadmill or burning dinner. 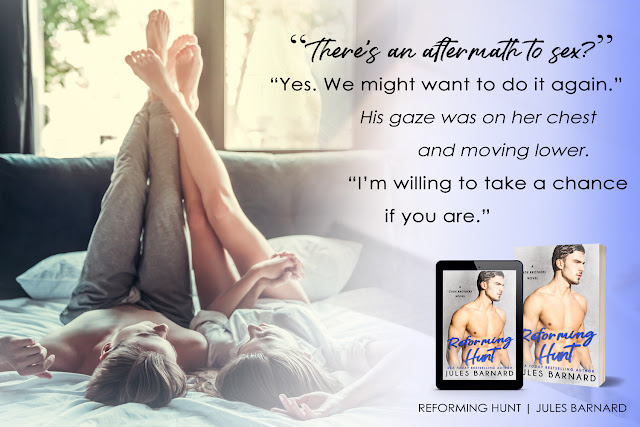 One winner will receive 27 signed paperbacks by the following authors: