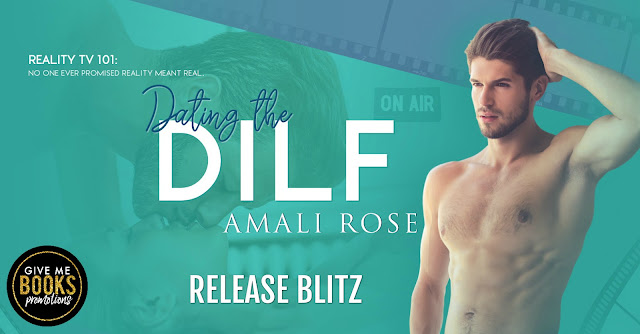 A reality tv show filled with beautiful women vying for one hot daddy? And, cue scandal...

After years spent concentrating on raising his daughter, Miles Kent is pitched a chance at true love on a new reality dating show. It’s an opportunity so enticing that he’s willing to risk his heart on national television. What follows is a staged disaster that paints him as a cheating scumbag and earns him the title of The Most Hated Man in America.

Determined and tenacious, Charlotte Reed’s life revolves around work and her dream of becoming partner at Chicago’s most esteemed law firm. But the heart and brain often long for different things, as Charlotte quickly learns after a chance encounter with Miles. Falling for him hard and fast, she is soon dreaming of a future with him, and an angelic two-year-old with an unfortunate potty mouth.

Then, she stumbles across the footage and snarky sound bites from the show, and finds herself wondering which version of Miles is real. Will she allow his bad press to turn their lives into must-see tv? Or can she direct her own happily ever after?

Vibrant blue eyes meet mine, full of mischief, and I allow myself a moment to imagine what it would feel like to look into eyes like that every day. The thought startles me and the moment comes to a quick end when he clears his throat and his teeth sink into his full bottom lip in, what I can only assume is, an attempt to fight the smile quirking his full lips.
A fight he is losing.
A wave of fresh embarrassment washes over me and I duck my head in an effort to avoid his gaze.
“Don’t you just hate it when they don’t have your favorite flavor?” I force a smile and turn to move away, desperate to leave this moment of disappointment and mortification behind, when the deep timbre of his voice stops me.
“Trust me, nobody feels more passionately about ice cream than I do.”
I glance up and take in his easy expression. He’s running a hand through his slightly unkempt, dark blond hair, a grin stretching across his face. I notice that his hair isn’t artfully tousled. You know the kind of messy that guys spend far too long on, in an effort to make it look effortless? Instead, it looks as though he spends his days running his hand through it, with zero care for his appearance. I try not to question why that endears this stranger to me.
“If they don’t have my Cherry Garcia, I will burn this place to the ground.” He leans toward me conspiratorially. “Can I trust you to have my back if shit goes down?”
My answering laugh is loud and unexpected. Somehow this guy has managed to put me at ease and soothe my awkwardness.
“Of course. Who better to have by your side at a time like that than a fellow ice cream annihilator, stranger or not,” I reply, my face the picture of earnestness.
“See, now, you get it!” He shakes his head gravely. “Not many people do.”

Amali Rose is an Australian author, and former blogger, who released her debut novella in 2017.

A self confessed bookworm, her love affair with the written word began as a child, with The Magic Faraway Tree. Her tastes have grown and evolved over the years, and after stumbling into the indie community a few years ago, she discovered her passion for romance with a side of smut.