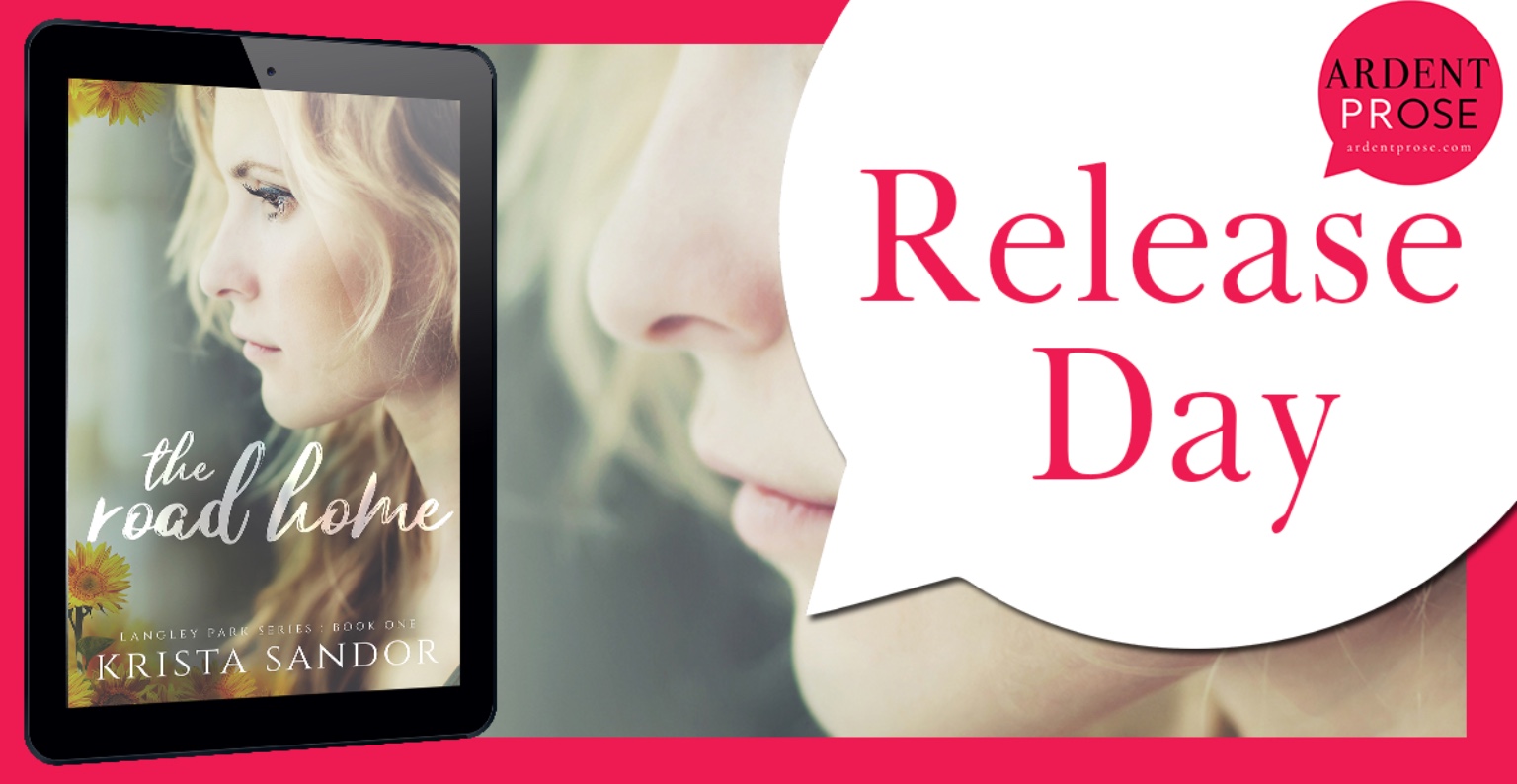 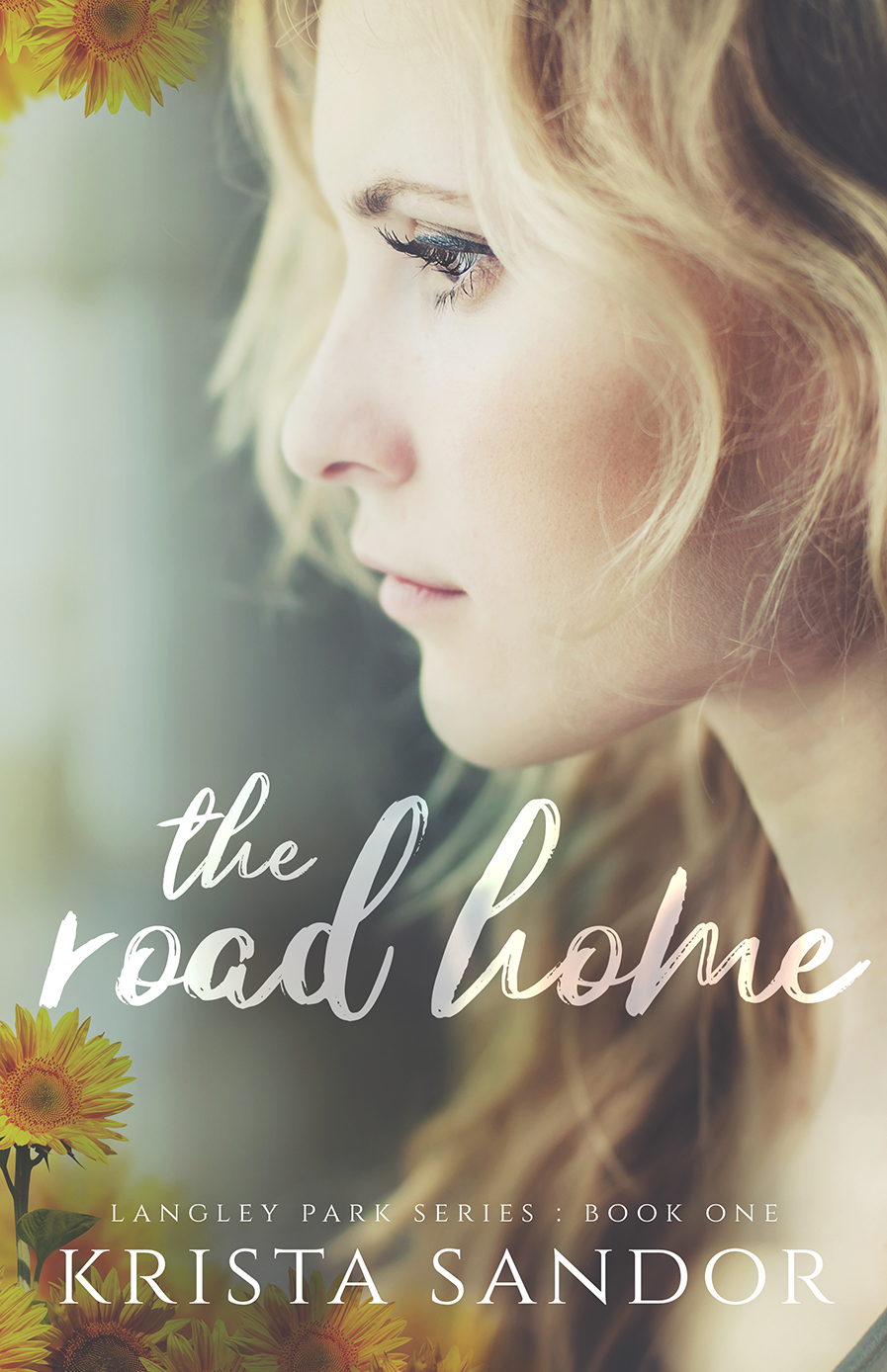 You can outrun a lot of things. The truth isn’t one of them.

Jenna Lewis has spent the last fourteen years lying about her past, but all that changes when a family emergency calls her back to the quaint town of Langley Park. Her plan is to get in and get out as quickly as possible, but things become complicated when she comes face-to-face with her lost childhood love who is struggling with his own demons. While neither wants to admit their connection is still lightning-hot, the intensity of their attraction is too strong to deny.

But not everything is as it seems.

Unsettling events begin to occur, threatening not only Jenna’s second chance at love but her very life. Will she survive what lies ahead? Can her heart navigate the road home?

The Road Home is a sexy standalone romance in the Langley Park series.

Jenna glanced away from the children and met Ben’s gaze. She gave him an embarrassed smile as the little girls danced around her.


“Looks like we might get some weather,” Zoe said, motioning to the lightning in the distance.
“It’s that time of year,” Sam replied with a yawn.
“All right, lazy bones, why don’t we give poor Jenna a reprieve,” Zoe said, taking Sam’s hand and joining Jenna and the children on the pavilion dance floor.
Sam picked up Kate, and Zoe ushered the remaining little girls over to watch a woman making balloon animals. Jenna was left standing alone as the first few notes of Eric Clapton’s ballad “Wonderful Tonight” began to play.
Jenna turned to leave, and Ben’s heart rate kicked up. His limbs twitched. His body was nearly vibrating. He needed to be close to her. Unable to hold himself back, he walked up the steps to the pavilion and cut off her departure.
She stopped and met his gaze, confusion clouding her eyes.
He offered her his hand. Jenna looked at it warily as if he were handing her a stick of lit dynamite.
She shook her head. “I don’t think—”
“It’s just a dance,” he countered, knowing that was a lie.
She bit her lip. He could tell she was turning something over in her mind, but she put her hand in his.
Several people had gotten up to dance, and soon the pavilion was full of couples swaying under the twinkling lights.
He gathered Jenna into his arms and inhaled, smelling the faint lavender scent of her shampoo. She shivered, and he wasn’t sure if it was because of his touch or the cool breeze that picked up and caused the hanging lights to sway as if they too were moving to the beat.
“Are you cold?” he asked, pulling her in closer.
She studied his face as if she were trying to decipher a code. “Why are you dancing with me?”
He released a pained breath. “Because I couldn’t stay away from you any longer.”
“I don’t know what you want from me. Did I do something to upset you?” Her brown eyes were full of questions.
"It’s not you.”
“It’s something,” she whispered.
A chorus of giggles erupted nearby, and Ben and Jenna looked over to see Kate and her friends sitting on the steps of the pavilion. Their hands were cradling their little chins as they watched them dance.
“I think we have an audience,” he said, then raised his arm and slowly twirled Jenna around to the little girls’ delight. He finished the turn and brought Jenna back to him.
“She’s amazing, you know?” Jenna began.
“Who?”
“Your daughter, she’s wonderful.”
Ben smiled. It was the first real smile to grace his lips all week. He’d been fighting his demons since the episode in the garage. Memories of Sara haunted his dreams, and he tried to block out the torment the only way he knew how—by spending his time focused on his job and his daughter.
But it wasn’t working.
Looking over at Kate, he saw how she was staring at Jenna. “I think we’re both falling for you.”
“Ben, I don’t understand, I…”
But she wasn’t able to finish.
The ping, ping, ping, sounds of rain echoed on the tin roof of the pavilion, and a sharp crack of lightning followed by the angry rumble of thunder caused the band to stop playing. Another bolt of lightning struck, and lights in the pavilion went dark as the wind whooshed through. The sound of cups and plates crashing to the ground filled the air.
Cell phone flashlights broke out through the darkness and moved erratically as the rain fell harder. Jenna felt little arms grab around her waist.
“Pick me up,” Kate cried, grabbing a fistful of Jenna’s skirt.
Ben turned on his cell’s flashlight and shined it down on Kate. “It’s all right, Bean. Remember, it’s springtime. We get lots of storms this time of year. I’ll carry you.”
“No, I want Jenna.”
“It’s all right. I’ve got her,” Jenna said, pulling Kate in close.
Kate trembled in Jenna’s arms. Ben tried to reassure his daughter, but his words were drowned out by an eerie mechanical sound penetrating the crackling air.
Tornado sirens. 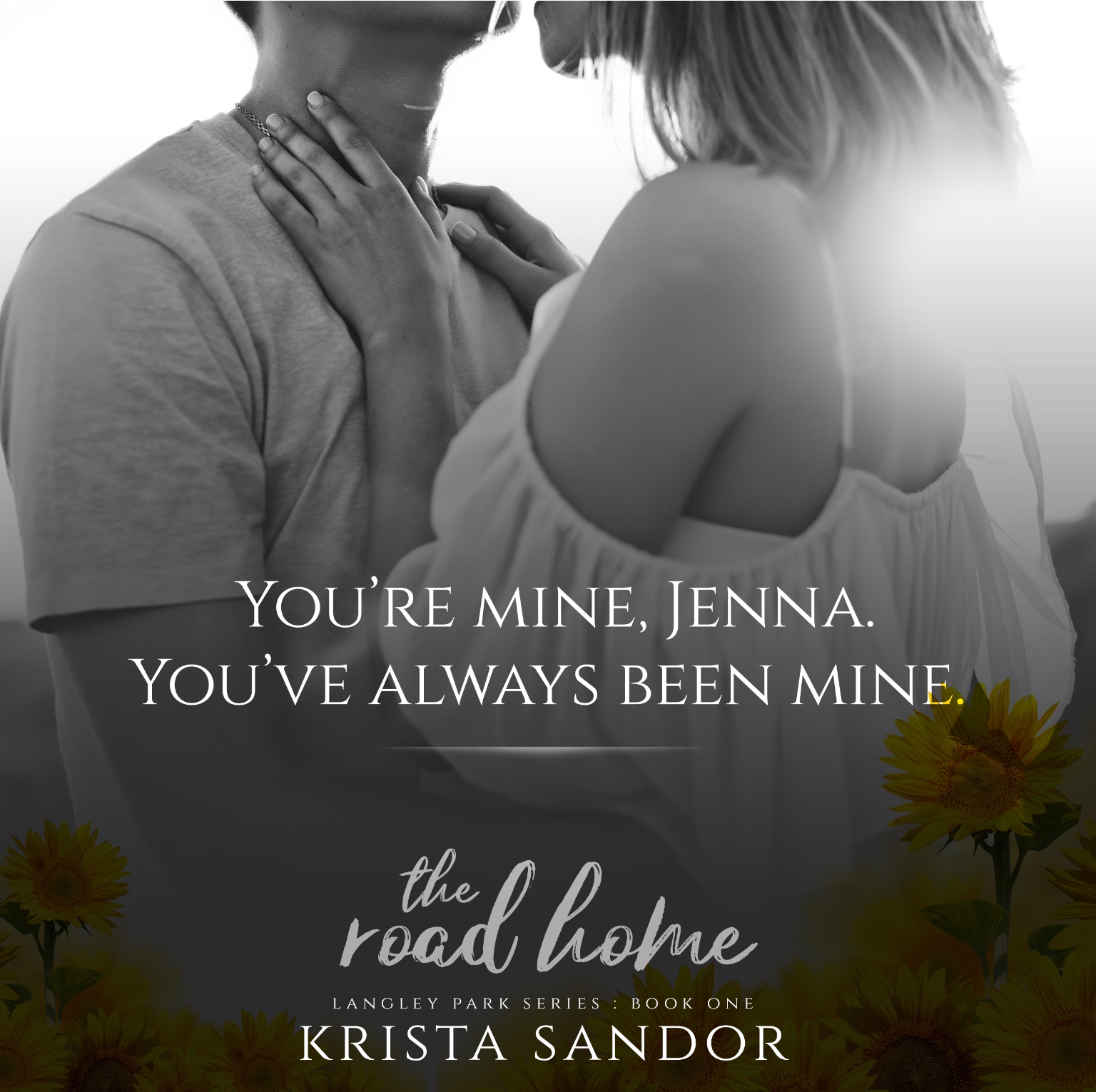 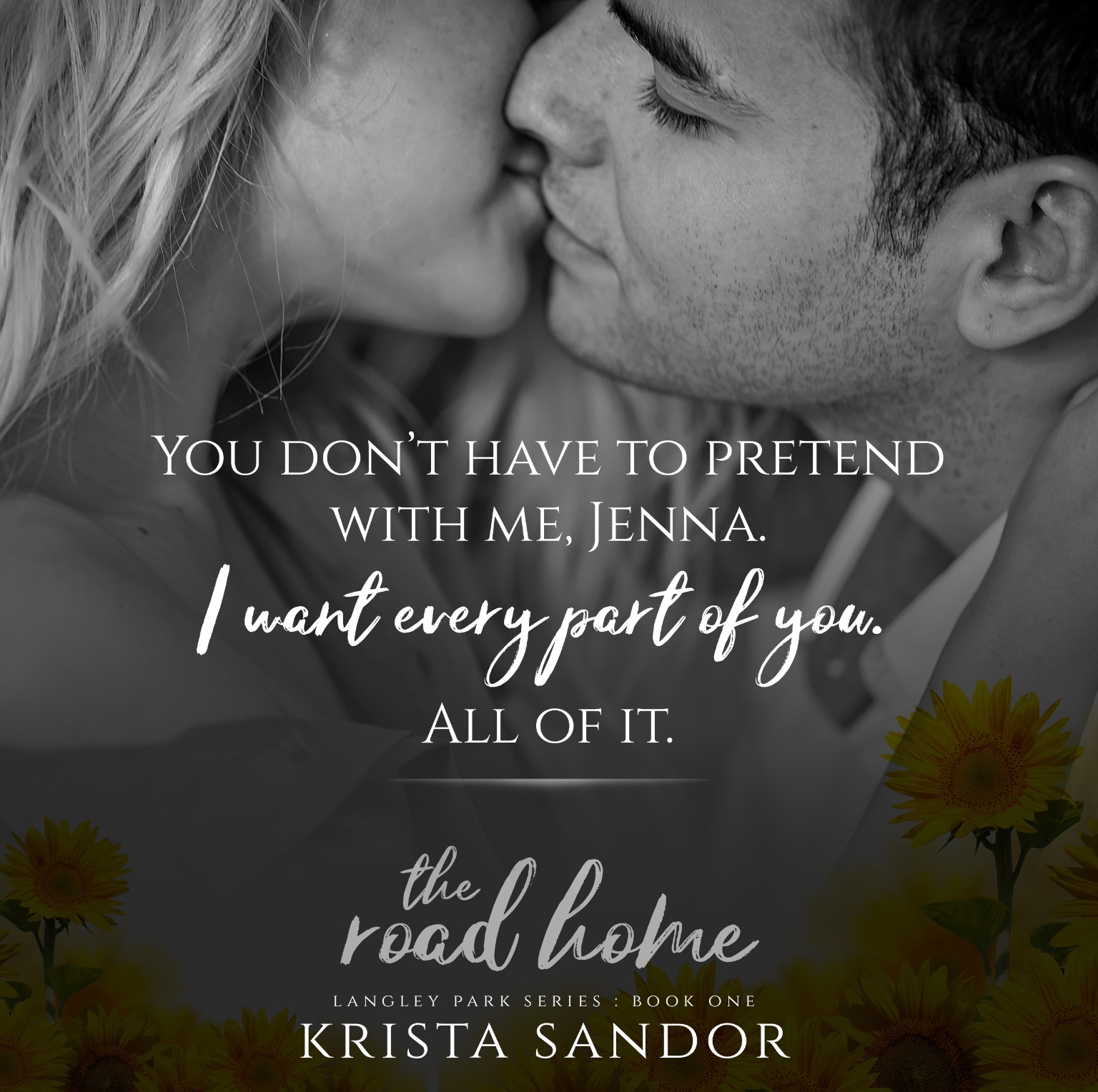 If there’s one thing Krista Sandor knows for sure, it’s that romance saved her. After she was diagnosed with Multiple Sclerosis in 2015, her world turned upside down. During those difficult first days, her dear friend sent her a romance novel. That kind gesture provided the escape she needed and ignited her love of the genre. Inspired by the strong heroines and happily ever afters, Krista decided to write her own romance series. Today, she is an MS Warrior and living life to the fullest. When she’s not writing, you can find her running 5Ks and chasing after her growing boys in her adopted home of Denver, Colorado.