“Loved this exotic, second chance romance so much!” ~Amazon Review

“This story has a great mixture of romance and intrigue.” ~Goodreads Review 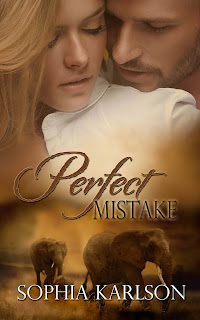 Simone Levin had a dream job as a safari pilot until an unexpected pregnancy clipped her wings. Tired of juggling motherhood with her demanding flight schedule, Simone applies for an office job, unaware that her new boss is Carlo Carlevaro, the man who’d ditched her before finding out he’d knocked her up. Carlo returns to East Africa only to kill another fire—Ivory trafficking from his lodges threatens to destroy his company. Finding Simone back on the payroll comes as a pleasant surprise. As his employee, Simone is off-limits, but she is the only one he trusts to help with his undercover investigation. With time running out, Simone and Carlo strive to expose the trafficking ring, but working together rekindles their mutual desire. When Simone is implicated as a trafficker, revealing her daughter’s existence to Carlo seems inevitable. Acting on her instincts might come too late as the syndicate retaliate and hone in their threat. Will they survive to give their love a chance?

Yet here he was. Carlo. The man who’d disappeared from her life four years ago. Her gaze took in his face, comparing it to the memory that haunted her empty nights. He had a healthy tan, but wrinkles at the corners of his eyes spoke of more than days spent in the sun. Where four years ago the lines that cupped his mouth were often pulled into a laugh, they were now permanently set, like his frown, the lines burrowing deep. He was not to be messed with. And those eyes, the color of a gray sea with a storm melting into it. Sarah’s eyes. She wanted to drop her gaze, scared of what he might read in her own eyes, but he stared at her blankly, as if he didn’t recognize her. “Mr. Carlevaro,” Ross said. “This is Simone Levin, your pilot.” Her tongue stuck to her palate in her suddenly parched mouth. Carlo hadn’t moved. His gaze still rested on her, taking all of her in, in a wordless greeting. A softness had settled around his mouth, but from his gaze…he was trying to conceal that he knew her. Had known her. Intimately. She sensed he was doing her a favor by not acknowledging her in front of Ross and Michael. It had been the same four years ago…what they’d had, they’d kept to themselves. It had cost her dearly in the end. Carlo pushed away from the doorframe, took a few steps toward them and stuck out his hand. A sharp pinch from Michael snapped her out of her flustered state, and she offered hers. Carlo’s hand was cool and dry, sending a tremor through her as he wrapped it around hers. “Simone.” “Mr…Carlevaro.” She cleared her throat as he let go. She couldn’t help but rub her sweaty palm against her jeans. Touching his cool skin had felt like a disgrace. “I’m glad you’ve finally arrived.” Carlo’s gaze traveled over her face. It rested on her lips for a moment before it shot back to her eyes. “I want to take off in the next thirty minutes.” Simone’s heart, which had, for those treacherous few seconds, stood still, started to pound. “I just landed from a long-haul flight. I’d like to take a quick shower.” Carlo raised an eyebrow. “A quick shower?” His gaze traveled over her body, mapping the route the water would take. God, he remembered. Heat rushed to her cheeks at the potent memories that flooded in her mind. Years ago, they had shared many showers that were everything but quick. She opened her mouth but no words came out. “We’re waiting in the guest lounge.” With a nod to her companions he turned and strode out of the lounge. Simone became aware of movement next to her. “Yeah, he’s bloody intimidating,” said Michael in answer to something Ross had said. “Snap out of it, Simone, you can’t let the CEO of Carlevaro International wait,” Ross said. “I bet he meets your exacting standards.” “Go to hell, will you, Ross O’Connor.” Simone strode past him and grabbed her ironed uniform out of her locker with her work shoes. She resisted the temptation to slam the door when she entered the pilots’ restroom. 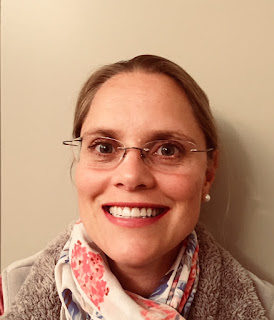 Sophia Karlson has lived in France, Germany, Tanzania, Madagascar (not the movie, the country!) and now finds herself back on home ground in South Africa. As a teenager, she devoured romances with far flung settings, loving to travel through books. After school her itchy feet took her around the world, but now she doesn’t get much further than the school run and the daily walk with her very demanding beagle, Phoebe. She writes contemporary and erotic romance, wanting to take readers on a journey of their own. She loves hearing from readers, follow her on Facebook: https://www.facebook.com/sophia.karlson.5, Twitter: @SophiaKarlson, on the web at www.sophiakarlson.com.