Refuge in His Arms 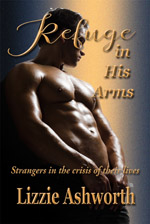 
~~Blurb~~
Even in her sleep, Mackenzie Kilpatrick remembers this is a dream she has dreamed before. She snugs her forehead against Sid’s neck and inhales his familiar scent. His strong arms clasp tightly around her, pressing his heartbeat through the thin cotton t-shirt. She strokes the back of his neck as her face nestles in the curve of his shoulder.


The dream shifts and changes. Sid’s husky voice comes from a distance. “Get out of L.A., Mac. Get out now.”


He stands in front of her, his close-cropped hair caught under his camo hat, his tanned forearms framed against his dusty uniform. Behind him, bare gray mountains rise high along the horizon. The armored Hummer sits several yards away bristling with weapons and antennae. Other troops duck as gunfire explodes around them. Sid stands there unflinching like he always does, staring at her from the shadow of his hat brim.


She knows he is dead.


Then she’s awake, gasping, tears on her face, her throat tight in the contortion of dream screaming.  She throws back the covers and sits up in the dark room. The dream has never been like this. She draws a shaky breath. The digital clock readout says 5:40 a.m.


Mackenzie’s day gets worse from there. Her parents call from Oklahoma, warning her that overnight, the sun has ejected a massive solar flare that’s hitting Earth. Her phone stops working mid-call. The television sputters and goes to static. With Sid’s dream warning and her parents’ plea for her to come home, she throws things into her car, loads up her dog Captain, and starts out of the drive.


She’s halfway out of the garage when the ground shifts. Walls tumble, cracks open in the roadway, and she barely makes it to the other side of the freeway when a traffic jam from hell stops her. She sees a way out—if she can maneuver down the sidewalk. Then she’s stuck. And there’s this guy waving his arms, shouting.


This guy…David Evans…not a man she would ever want to know. But there he is in all his devastating, overpowering presence leaning in her passenger side window telling her what to do and here she is stuck between a fence and a light pole, and well, it could actually be the end of the world. 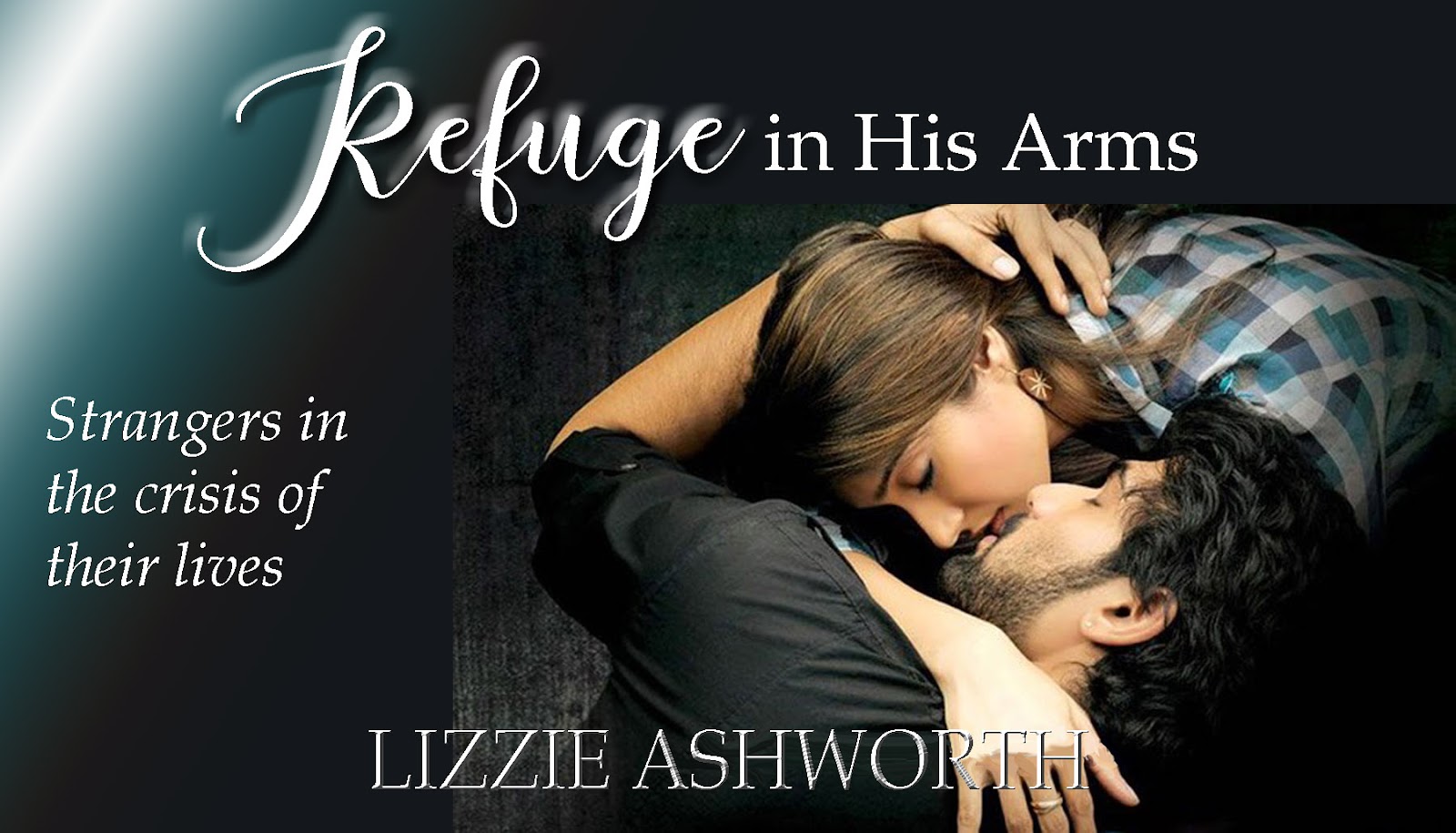 
After a few seconds of leaning over Mackenzie to stare at the wreckage below, David reluctantly pulled himself back. She smelled like some ancient perfume, floral and seductive. His instinct was to kiss her pouty mouth, let his lips slide down that elegant neck to the shadowed cleft that disappeared at the V-neck of her shirt. He wanted to hold her against his chest and mutter words of comfort, but then, all that was complete madness and the day had offered up plenty of madness already. Not his style anyway. Probably some kind of primitive impulse based on the situation. The ‘situation’—he huffed. The word simply didn’t approach what this day had become.


His mouth twisted. Shit on top of older shit. Things had reached an impasse with Harris, and his creditors were out for blood. Kaitlyn’s thug would probably be back to finish what he started. Fucking good thing for that weird light in the sky—David gingerly touched his eye again. Hopefully none of this would ruin his appearance.


He had always wondered how much of his success came from his looks instead of his talent. It didn’t matter how much Mrs. Walker and other teachers through his early years had raved about his musical abilities. Or, like Mrs. Hudspeth and her incessant praise for his ability to create poetry with his lyrics. He suspected teachers did that with all their students, pumping them up, making them believe they could do anything. Wasn’t that kind of their job? When it came to standing on stage under spotlights with the rest of the group knocking it out of the park, how hard could it be to strum a few chords and sing?


In those years, it all flowed like honey. Wonder boy, they called him. Song after song, sometimes collaboration, sometimes what spilled out of him in the middle of the night when just enough whiskey cut him loose from his inhibitions and let him believe he knew what the fuck he was doing.


Well, he’d pretty much seen the light about that. He had no idea what he was doing. Like Harris said at their last go around, song writing isn’t rocket science. You’ve either got it or you don’t.
He didn’t. Not anymore.


He exhaled, trying to get her scent out of his nose. Dragging up Harris, song writing, the has-been days of his rich and famous… Better to look out the window and contemplate the fucking landscape. Not give another minute’s thought to this woman sitting beside him.


There was plenty to contemplate. Dirt, rocks, and debris marked every road cut they passed. Mackenzie muttered to herself at each one, tapping her fingers on the steering wheel as cars waited patiently on each other, taking turns, every one of the drivers evidently stunned by the gravity of the circumstances.  She was damn cute.


If they made it to Palmdale, he’d be amazed. Not that she was a bad driver. But between here and there, they’d have to cross the fault zone. They’d probably get stuck in a landslide or some other complication, and both of them would have to hitch a ride. Worst case, he thought, turning to look behind him, they might have to sleep in the back of this car in the middle of nowhere.
He reached back, welcoming the nuzzle of this big dog. He reminded him of Dodger. What a fucked-up thing to remember. He scratched the dog’s head, diverting his attention to the back of this woman’s tempting neck.


“And you can stop kissing up to my dog,” she said, her voice breaking into the extended silence. “I don’t care how much the traitor likes you.”


David laughed. “You are prickliest female I’ve ever known.”


“I’ll take that as a compliment, considering the probable multitude.”


“Thousands,” he said. “All of them chanting my name.” 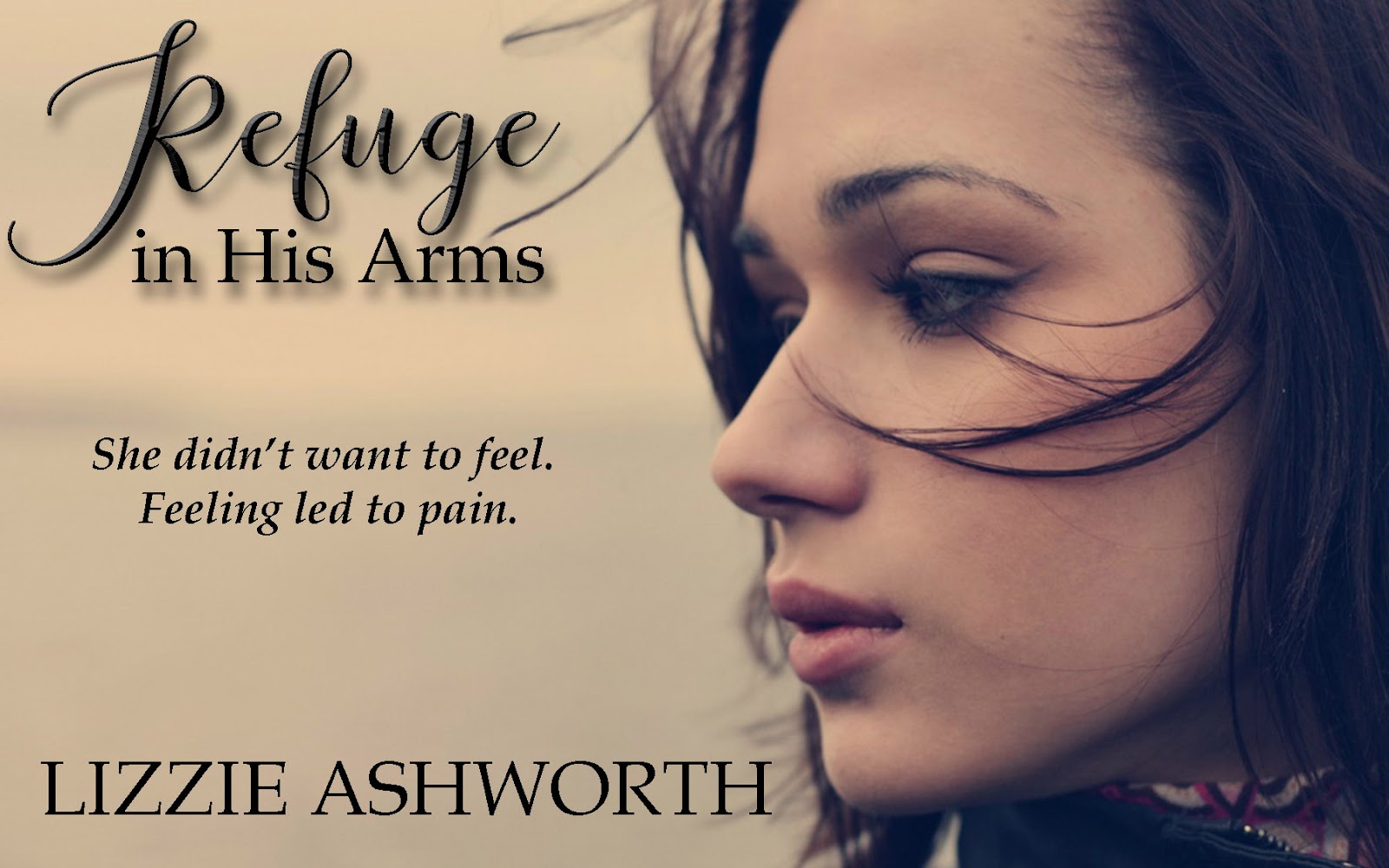 Crisis forces Mackenzie Kilpatrick and David Evans together under terrifying circumstances. The Big One—the long-anticipated massive earthquake in Los Angeles—sends everyone into the streets. Mackenzie throws a few supplies and her dog Captain into the car to escape town when her car gets stuck. David is on his way to nowhere when he sees her and decides to help her get unstuck.


As they argue about what happens next and struggle against their instantaneous attraction, an even greater disaster shifts their lives. A coronal mass ejection rushes toward earth, a solar storm so immense it paralyzes vehicles and wrecks the power grid. The two are forced into an uncomfortable love-hate partnership as they try to figure out how to secure food, water, and safe shelter.


Mackenzie's loss of her husband in Afghanistan and David's ruined career as a rock and roll star loom between them as the two strike off on foot in search of what they need. But what they really need rests inside each of them. Will they figure that out before it's too late?


About this book: Researching coronal mass ejection (CME) proved one of the more daunting tasks in this project. Scientists don't fully agree on whether an extreme event would destroy the entire electrical grid along with electronic ignitions. There is agreement, however, that a devastating CME is not only possible but stands a one in eight chance of occurring within the next decade. The effects could literally bring our modern society to a standstill. 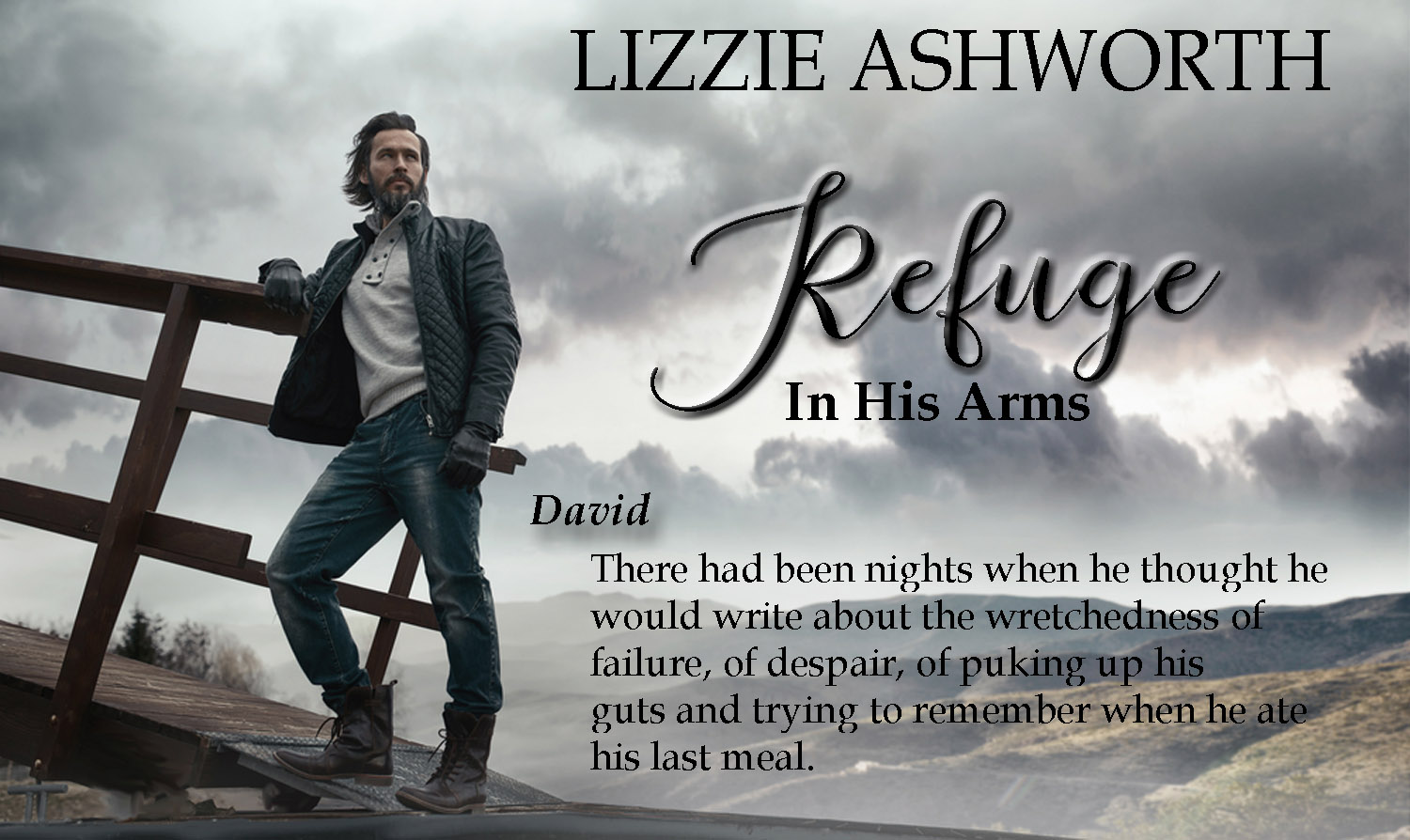 
She enjoys cooking, gardening, and vacations at the Pacific coast. Sunrise and sunset provide her favorite moments, the magical twilight between two worlds when anything seems possible. Most of all, she loves snuggling up with a good book.


Website and blog:  http://lizzieashworth.com/
Facebook author page: https://www.facebook.com/AuthorLizzieAshworth?ref=hl
Pinterest page (includes boards for all her books)  Check out my “Romans” board for more on Caerwin and the Roman Dog. https://www.pinterest.com/ashworthlizzie/romans/
Goodreads Page: https://www.goodreads.com/book/show/27235437-caerwin-and-the-roman-dog
Newsletter Sign Up
http://lizzieashworth.us12.list-manage1.com/subscribe?u=72a9625a2c5cd757ead16ab53&id=