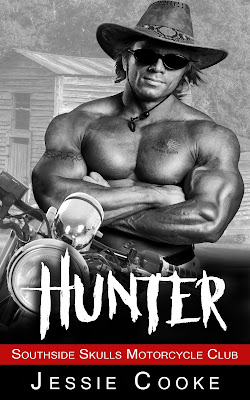 What happens when the man you’re hunting, is the father of the woman you can’t get off your mind? And why would you be interested in a woman who has already attacked you once, and will do it again if she has to? Hunter Donovan has just walked into a world of trouble, while doing his job as a Bounty Hunter, and looking for the man who killed his brother. Claire just wants to get on with her life, and a sexy, hot, biker, bounty hunter, is not what she needs right now…or is he?

This is the 7th book in the Southside Skulls MC Series. It is a Standalone Romance Novel but characters from the previous novels, DAX, CODY, GUNNER, ZACK, LEVI and KAT are included in this story too. The Southside Skulls MC Series is about members of the MC club, their associates, and friends. Each story, while focused around one or more main characters, is not necessarily about a Southside Skulls club member, but the story is related to Skulls members and the club. HEA and No cliffhanger. Intended for Mature Readers

Hunter is not a part of the Southside Skulls, but he may as well be. He’s a bounty hunter and he has been helping Dax and the Skulls; they too have been helping him in ways they may not know.I love that the antagonists have carried through a few stories now. I’m not against problems being wrapped up by the end of a book, but when some issues continue, it makes it more interesting. I also like how the story is told by multiple characters.I really like Claire, she’s strong and fierce in her quiet way. Hunter is… well… Hunter. He’s an alpha bad a&% who, although not in the MC, fits in well with that scene. The book has some spicy scenes that will have you reaching for B.O.B. 4 stars with 3 hands down the pants. 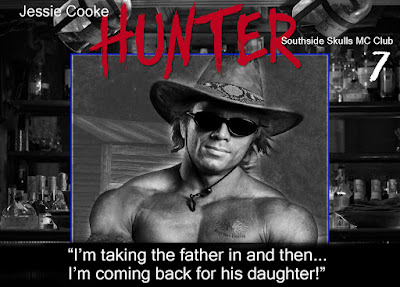