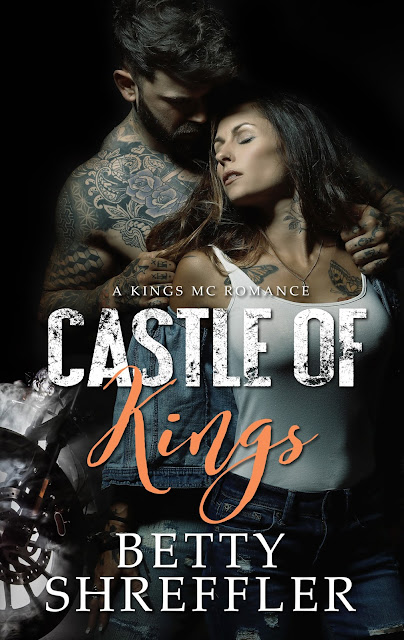 When he walks into a room, he owns it. He consumes my very breath and melts my delicate little panties. From the moment he set eyes on me, he decided I was his. No one – not even my brother, Nix – was going to tell him otherwise. It doesn’t matter that Nix is President of the Kings MC Club. Jake wants what he wants, and he’ll set out to get it, whatever the cost.

Jake may be an arrogant asshole, but there’s no denying the hold he has over me. His fierce, carnal need to make me his, and his alone, is a snare I can’t escape. And truth be told, I don’t want to.

But when my life becomes threatened, Jake Castle is the only man my brother trusts to protect me. He knows Jake will do anything to keep me safe. 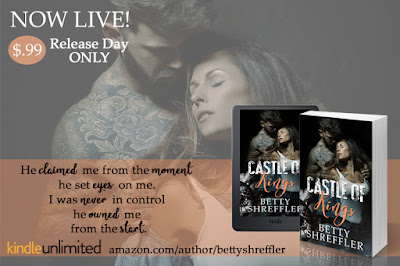 99c for release day ONLY!

I had a lot of emotions with this story from beginning. I went from hating one of the main characters to loving him. I was so engrossed in the story.I loved Liz, she is feisty and doesn't let any man walk over her. She is loyal to the club, and loves her brother much.I didn't like Jake at beginning because of way he was. But he grew on me. His dominant and a alpha male. He is loyal to all those he cares about.I recommend this story. I can't wait for more.

Liz is the sister of the Kings MC President. She’s just come home from 4 years away at college. Nix, her brother doesn’t have a problem with her dating his brothers, actually there are a couple he wants to introduce her to, just NOT Jake Castle.Jake Castle is the enforcer for the Kings MC. There is some bad blood between whim and his president, Nix. Jake is a playboy and Nix doesn’t want him anywhere near his sister, but once Jake sets eyes on Liz she’s all he wants. Can he prove it to both Liz and Nix? Sexy story, some twists, good story line, love me some Jake and Liz is one tough chick! I look forward to reading more from this author. 4 Stars, 3 hands down the pants.

Jake had a rep in the club. He knew it. Everyone knew it. All the women knew it. Loved it. Used it. Till Liz came home from nursing school. Nix, the president, and her brother didn't want Jake anywhere near her. Didn't matter. He saw. He wanted and he took. Till she said no. Then he made that dumb mistake. One she couldn't forgive.Yet when danger stalked, he earned her trust again and protected her. Would it be enough? Could he trust his brothers? The enemy was heartless, lawless, and would use whatever hurt the club the most. The president's beloved sister and Jake's woman all rolled into one. Liz.In some ways, this was realistic with the panty melter not taking rejection well and making such a stupid mistake. I did miss that the club seemed to have no road names, the hierarchy was a little sketchy. There is plenty of steam. I read it in one sitting and enjoyed it thoroughly. For a good MC read this one will fill the bill.Reviewed for Words Turn Me On 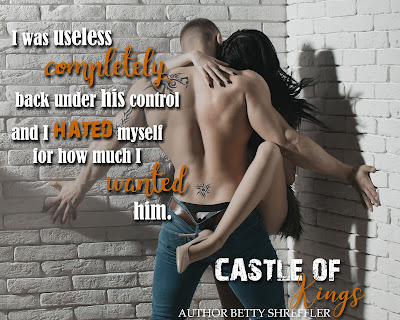 Betty Shreffler is a bestselling author of paranormal romantic suspense and contemporary romance. She writes sexy and suspenseful stories with hot alphas and kickass heroines with twists you don’t expect. She also writes beautiful and sexy romances with tough women and their journeys at finding love. Betty is a mix of country, nerdy, sassy, sweet and a whole lot of sense of humor. She’s a fan of photography, reading, watching movies, hiking, traveling, drinking wine, and all things romantic. She lives with her amazing hubs and five fur babies; two rescue pups and three cats. If she’s not writing or doing book events, then you can find her behind the lens of a camera, in the woods, or sipping wine behind a deliciously steamy book. 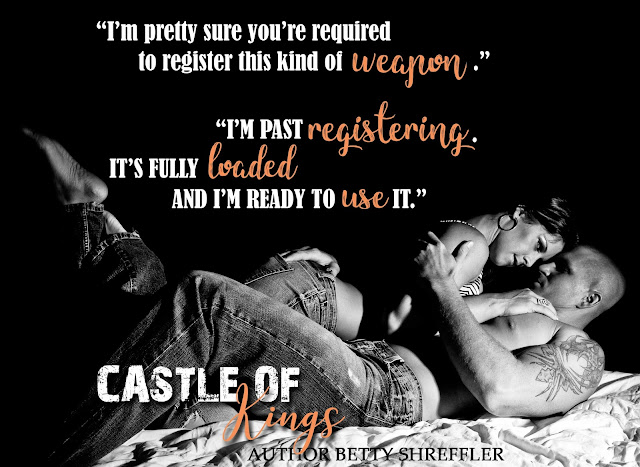