Promo Tour: Addicted to You Boxed Set by KM Scott 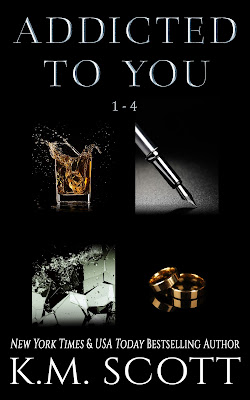 Addicted To You, where addiction and obsession meet love

Crave (Addicted To You #1)
I want her. I crave her. She’s my addiction.
The world knows me as Ian Anwell, New York Times bestselling author, but Kristina makes me want more.
Much more.
I need him. I love him. He’s my obsession.
Everyone thinks they know Kristina Richards, but I’m more than what they see on the screen.
So much more.
I’m his muse, and this is our story.

Adore (Addicted To You #2)
Addiction and obsession brought Ian and Kristina together, and real life tore them apart.
For Ian, Kristina is everything. What began as an obsession has morphed into that something more he so wanted. Kristina is his muse and so much more,
but now both of them must make choices that may change everything.
For Kristina, Ian offers all that she’s ever wanted. Love. Passion. Adoration. But these come with a price, and the cost of loving him may be more than she’s willing to pay.

Shatter (Addicted To You #3)
For Ian Anwell, addiction is a way of life. He can’t remember a time when he wasn’t addicted to something—heroin, alcohol, whatever made him feel good.
But his newest addiction is better than all the others combined. Kristina makes him feel like the man he’s always wanted to be.
But addicts have a habit of wrecking things, even those they hold dear.
For Kristina Richards, Ian is everything. Love. Lust. Obsession. But even as she falls deeper in love with him and the madness they create together,
she finds something she never expected to find in her time with him.
She finds strength she never knew she had.

Claim (Addicted To You #4)
Ian and Kristina’s love has been tested over and over, but now one final test may be too much for them to overcome.
The only part of his life other than Kristina that meant anything to Ian—his career—lays in shambles.
Now he’ll have to decide if he can forgive the woman he loves for betraying his most important secret.
Kristina will do whatever it takes to get Ian back, and this time it won’t be easy. But their love means too much for her to give up now.
And just when they think they’ve finally found happiness, their love will be challenged one last time. 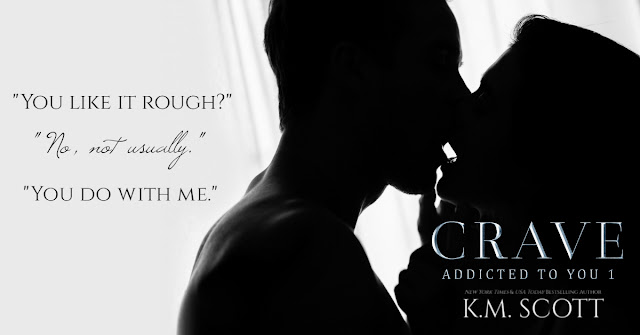 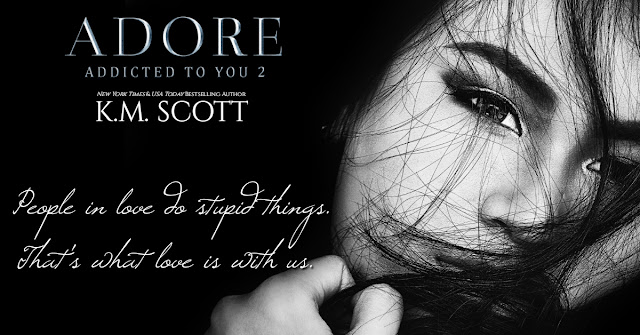 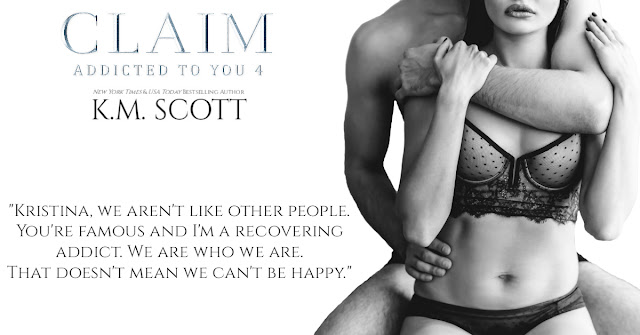 Be sure to visit K.M.'s Facebook page at https://www.facebook.com/kmscottauthor for all the latest on her books, along with giveaways and other goodies! And to hear all the news on K.M. Scott books first, sign up for her newsletter today and be sure to visit her website at http://www.kmscottbooks.com