Tina craves adventure, food, and her new client, restaurant owner Gerry. At sixteen, Tina was full of energy, fearless, and desperate to get out of New Jersey. But her dreams shattered when her mother died tragically. She was thrust into the role of mothering her family while hiding the horrible truth of that day.
Now that Tina feels she’s paid her penance, she wants to rediscover the ambitious girl she used to be. With her new dream job and a move to Hoboken, it’s her time to spread her wings. Tina’s first client is a restaurant owner who tempts her—not only with food but with himself. She’d felt this kind of attraction only once before in college and is flooded with memories of an unforgettable kiss. One of her biggest regrets.
Gerry desires anonymity, a new life, and the beautiful website designer Tina.
Gerry fled Germany to escape the destruction of his reputation. After months of staying under the radar, he opens a restaurant in New York City. When he hires a website design firm, Gerry finds himself working closely with Tina—whom he had a taste of years ago and now finds a sweet indulgence.
Even as they admit their attraction to each other, an unexpected circumstance threatens to separate them again. Will their love be strong enough to give up their dreams? Or will someone be left behind? 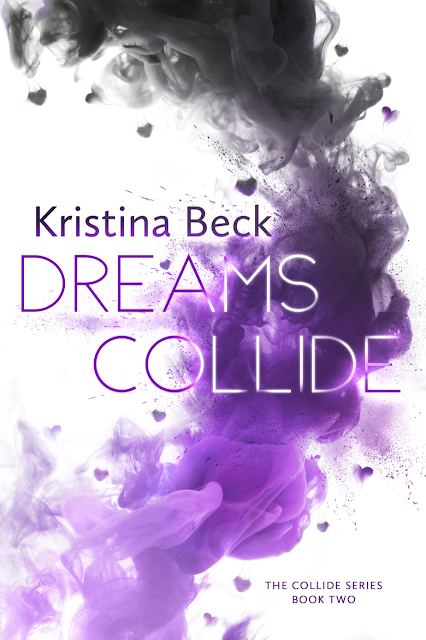 “No complaints from me. You look good, but I don’t know how you stay fit when you’re surrounded by food all day.” I gesture with my hand toward his body.


“You love food and have a great body.”
“Excuse me.” I point my finger back and forth between us. “Just friends, remember?”
“What? You just said the same to me. Friends can’t say that?”
A boat passes us a little too closely, and I say to the couple, “We’re just friends.”
“It doesn’t look like it to me,” the woman says. She winks at Gerry.
He stops rowing. “Oh. I’m sorry. Should I have said you’re as hot as the chili in the éclair you ate? Or as hot as the Sahara Desert? Or so hot that I’m counting the days on the calendar until my hands and lips can burn on your bare skin.” He clenches his jaw.
I can’t see his eyes through his sunglasses, but I can feel them.
Holy shit. He’s serious. My hormones are screaming let him.
“You’re thinking about it too. Admit it.”
I remain silent and look out at the water. No way am I admitting that. Hide your emotions.
“I guess it’s going to be a long night. I’m not moving this boat until you admit it.” He lets go of the oars.
I jump up and step closer to him to grab them.
“Don’t jump up like that. The oars are attached. We’re fine,” he says as he tries to stabilize the boat.
It wobbles enough that I lose my balance, falling face first into his lap. Your face is in his lap. Get up! But what if I like it? Get up!
I push off him to escape the awkwardness. His arms wrap around my waist, preventing me from moving away. We’re face to face as I rest on my knees. I take his sunglasses off to reveal his heated eyes.
“Why couldn’t you just admit it?” he says with a low voice, his eyes glancing at my lips. “Now look what happened. Not that I mind.”
I whisper, “I think about it all the time. You all the time.” 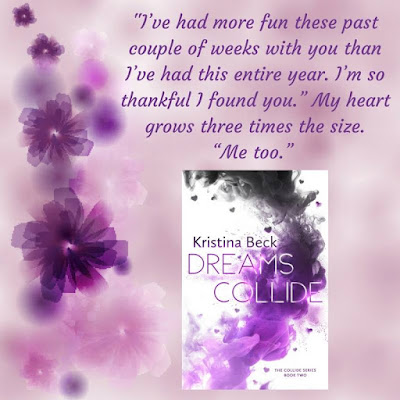 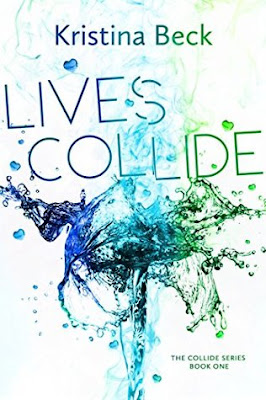 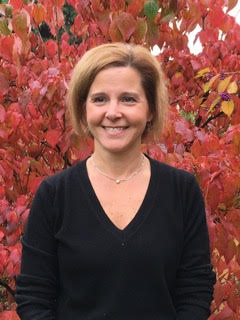 A Jersey girl herself, Kristina was born and raised in New Jersey, USA, for thirty years. She later moved to Germany and has lived there for over thirteen years with her German husband and three children. She lives in the farthest southwest tip of Germany, surrounded by beautiful vineyards and a perfect view of the Black Forest. She is an avid reader of different genres, but romance always takes precedence. She loves coffee, dark chocolate, power naps and 80’s movies. Her hobbies include writing, reading, fitness, wine tasting, and forever trying to improve her German-language skills. 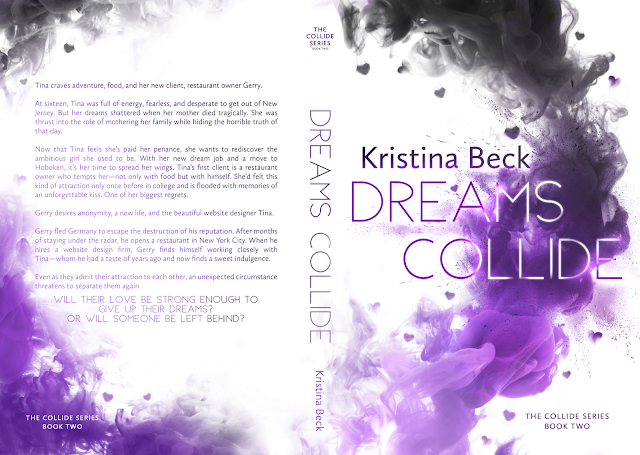