Tired of waiting for her big break in the fashion industry, Sky Gonzalez, eternal part-time student and overworked retail drone, quits her job, sublets her New York apartment, and embarks on a semester abroad study program in Paris. Paris! Time to throw caution to the winds and jump-start her dreams. What’s the worst that could happen?

How about getting sent to the wrong Paris? As in Paris-frigging-Minnesota?

So yeah, let the truck barreling her way hit her, please. Less painful.

Logan should have dodged the little lost waif and kept on driving. Who in their right mind walked in the middle of the road, dressed in white from head to high heels, during a snowstorm? Clueless city girls, that's who. Sky is all that Logan has gladly left behind: stylish, cosmopolitan, and a massive pain in the butt. He wouldn’t trade a single day in his quirky little corner of the woods for all the high-maintenance beauties the city can offer.

Too bad this beauty has been deemed a health hazard and quarantined in his house. Damn his doomsday-prepper neighbors and their paranoid emergency protocols. Now he has to keep Sky in and the pandemic squad out until the roads are clear. The question is, will that happen before or after Sky realizes she's under house arrest? 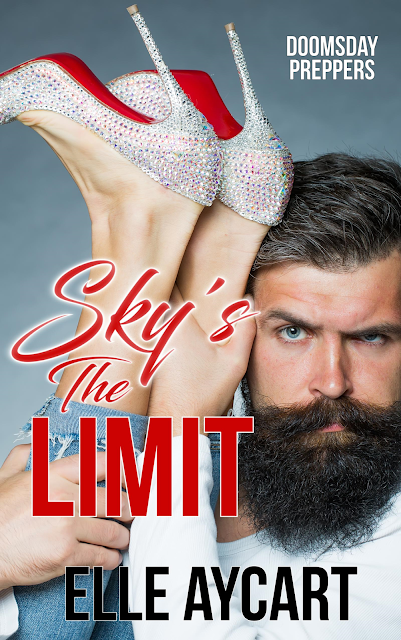 After a colorful array of jobs all over Europe ranging from translator to chocolatier to travel agent to sushi chef to flight dispatcher, Elle Aycart is certain of one thing and one thing only: aside from writing romances, she has abso-frigging-lutely no clue what she wants to do when she grows up. Not that it stops her from trying all sorts of crazy stuff. While she is probably now thinking of a new profession, her head never stops churning new plots for her romances. She lives currently in Barcelona, Spain, with her husband and two daughters, although who knows, in no time she could be living at the Arctic Circle in Finland, breeding reindeer.

Elle loves to hear from readers!