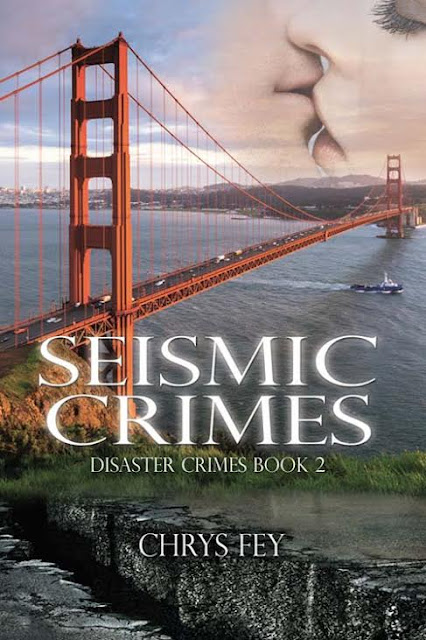 An Internal Affairs Investigator was murdered and his brother, Donovan Goldwyn, was framed. Now Donovan is desperate to prove his innocence. And the one person who can do that is the woman who saved him from a deadly hurricane—Beth Kennedy. From the moment their fates intertwined, passion consumed him. He wants her in his arms. More, he wants her by his side in his darkest moments.

Beth Kennedy may not know everything about Donovan, but she can’t deny what she feels for him. It’s her love for him that pushes her to do whatever she has to do to help him get justice, including putting herself in a criminal’s crosshairs.

When a tip reveals the killer's location, they travel to California, but then an earthquake of catastrophic proportions separates them. As aftershocks roll the land, Beth and Donovan have to endure dangerous conditions while trying to find their way back to one another. Will they reunite and find the killer, or will they lose everything?

The moment she realized Buck was shooting under the cars to hit her, the tire she hid behind blew. She squeezed her eyes shut as she tried to make herself smaller by pressing her body into the SUV. The Morse code of bullets hitting metal started up again. She could've sworn she felt the SUV shaking with the continuous beat of bullets slamming into it, except the shaking was below her feet. It started gentle but as soon as she noticed, it became violent.

She fell backward and struggled to get back up. Her body bounced up and down and rolled from side to side simultaneously, which told her the quake's epicenter was close. The origin could've been beneath the hotel for all she knew. A light came crashing down from the ceiling and slammed into the concrete floor with such power it exploded into a trillion stars. Glass shot out in all directions like the Big Bang. Beth screamed and covered her face with her hands as tiny pieces of glass bit the skin on her arms.

She fought onto her hands and knees and hugged the tire to keep from falling over again. The intensity of the tremors grew. The concrete below her feet didn't feel solid anymore. It felt alive, as if two gigantic gophers burrowed through the earth. The truck behind her slid with the vicious shock waves and bumped into her, pushing her roughly into the tire. She let out a cry of panic.

30 Seconds Before: Prequel to 30 Seconds 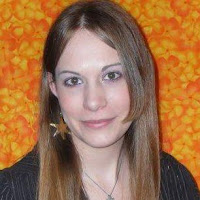 Chrys Fey is the author of Hurricane Crimes, Book One in the Disaster Crimes series, as well as these releases from The Wild Rose Press: 30 Seconds, Ghost of Death, and Witch of Death. She is an administrator for the Insecure Writer's Support Group and has participated in the Blogging from April A to Z Challenge.

When Fey was six years old, she realized she wanted to be a writer by watching her mother pursue publication. At the age of twelve, she started writing her first novel, which flourished into a series she later rewrote at seventeen.