Tour: My Life as a Country Album by LJ Evans 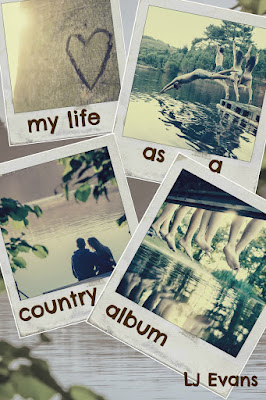 Ever since she was four and fell from the treehouse into neighbor boy, Jake’s, arms, tomboy Cam Swayne has been determined that the football hero keep his eyes firmly attached on her. But the three years between them, Jake’s long line of gaggling geese, health issues, and even their own parents seem to tear at the fabric that is them. Will they ever get their happily ever after?

Cam feels as if there is only one person in her whole world. That is super hero football player and neighbor, Jake Phillips. Her entire life has revolved around him since the time she was born. And while Jake’s devotion seems strictly protective in her early years, she knows he isn’t himself with anyone but her. Cam will not be satisfied until he is completely hers and Lord help anyone who ever gets in Cam’s way. While life passes by, Jake and Cam are there for each other in both simple and miraculous ways that are hard to explain to any outsider and seem to be the essence that country songs are made of. Even her mama reluctantly admits that Cam has always been more his than hers as they grow up in the Tennessee sunshine racing at the lake, star gazing in the treehouse, and playing football on the street. But will the intensity that is them be enough to get them through life’s unexpected challenges? Or will it leave one of them trying to learn to swim again with only half a soul?

Inspired by Taylor Swift country songs, this is a story of aching love and loss and learning to live through life in all its pain and glory.


"An amazing story of friendship and true love."

"Descriptive, colorful, entertaining and a MUST read for all ages."

That warm Saturday morning, we were pretty wiped out, the muggy day tugging at us like a current in water. You and I collapsed on your bed with one of our favorite playlists running. One minute we were debating the guitar skills of Keith Urban and the next, I’m not sure what happened, but we had both fallen asleep. Knocked out asleep. Deep. We only woke up to Mia pounding on your door saying we had thirty minutes to get ready.
We both looked at each other startled. You had an arm flung over me. We both had hazy, sleep filled eyes. You pulled your arm back and jumped up like you’d been bit by a brown bug. I rolled off the bed, grabbed my bag, and turned towards the door at the same time as you pulled off your pants. You were standing there in your boxers. They were really cute boxers with footballs on them. You didn’t even seem to think about having done it because you were pulling a pair of slacks off a hanger trying to hurry.


But, I froze staring at you. You didn’t see me still as a statue until I’d somehow breathed out, “Geez, Jake.”


You barely glanced my way. “It’s not like you haven’t seen me in my swim trunks, Cam.”
But God did you look incredible. Way different in your underwear than in your swim shorts. I don’t know why. I had seen you in your swim trunks a million times. But. These were thinner. Clinging to parts of you that made my heart spin like a top and other parts of me jump to attention. Maybe it was because we’d just woken up from a heady midday sleep. Maybe it was because I knew you were leaving me. All I knew was that, that very moment, right then, was a life changing moment. I could feel it right down to my toes.
What did I do? Would I ever back down from that kind of a challenge? I shrugged ever so nonchalantly and said breathily, “Fine, I’ll change too,” and I stripped down to my bra and panties before bending to pull out my little black dress from my bag.
You stopped dead still at the sight of me in my lingerie. You had one foot in your slacks and nearly fell over. My heart flipped again. And I was happy as hell that I’d put on the “I’m wishing for something more” undies that morning.
I swear your expression was worth way more than the eighty dollars I’d forked out of my own money to buy them so that my mama wouldn’t know that I had this set that all but screamed sex.
I pretended to fuss with the zipper on the dress while you stared. I was still trying hard to act like I didn’t care, but every single nerve in my body was standing at attention. Definitely not asleep anymore. Finally, you dropped your pants and said, “Shit, Cami, you’re beautiful.”
And you’d called me Cami so I knew you wanted my attention. I looked up into your mosaic eyes, and it was like a million stars bursting into existence. I’m not sure which of us moved, but I was in your arms, and you were smothering me with kisses. Good kisses. Kisses that moved my heart right up into my throat, and made every part of me turn to little fireflies of light. They weren’t like Matt’s kisses which had been gentle and soft. These kisses were intense, like your eyes, and demanding, like you needed to get every little breath that you could out of my body.
You had one hand on the back of my neck and the other was on my bare back near the top of my panties, and when you moved that hand to caress the top of the silk, I felt every breath inside me evaporate.
I felt like I had come home. Like this was the only place I was ever supposed to be. I don’t know how long we stood that way, locked in a kiss so powerful that I didn’t know what was going to be left of me when it was done, but somehow you came to your senses before I did. Maybe you’d had more experience stopping yourself. Lord knows, I wouldn’t have ever stopped.

LJ Evans lives in California’s Central Valley with her husband, daughter, and the three terrors called cats. She's been writing almost as a compulsion since she was a little girl where she was both inspired and spurred on by her older sister. While she currently spends her days teaching 1st grade in a local public school, she spends her personal time writing, of course, as well as being a voracious reader, binge watching original shows like The Crown, Stranger Things, and Downton Abbey, and traveling with her family. She is the author of several completed screenplays that have gone to the quarter and semi-finals of such contests as The BlueCat Screenplay Competition, The International Screen Writing Awards, and the Writer’s Network Screenplay & Fiction Competition.

my life as a country album Lucky Number Giveaway

Thank you for entering! This novel was inspired by Taylor Swift songs, so our Lucky Number is 13. Get a free sample by clicking on the book at amazon.com/author/ljevans or connect with the author at https://ljevansbooks.com, 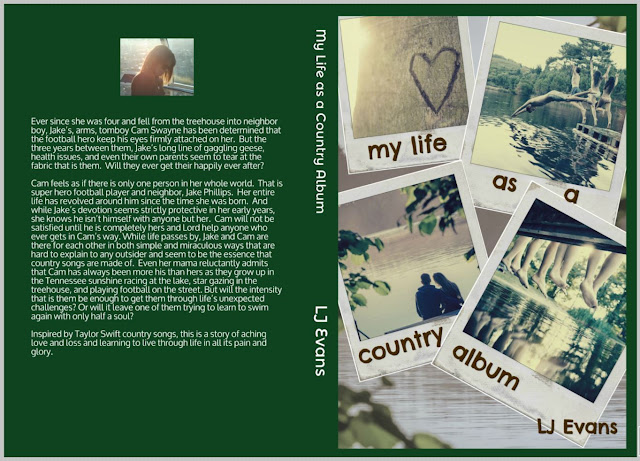