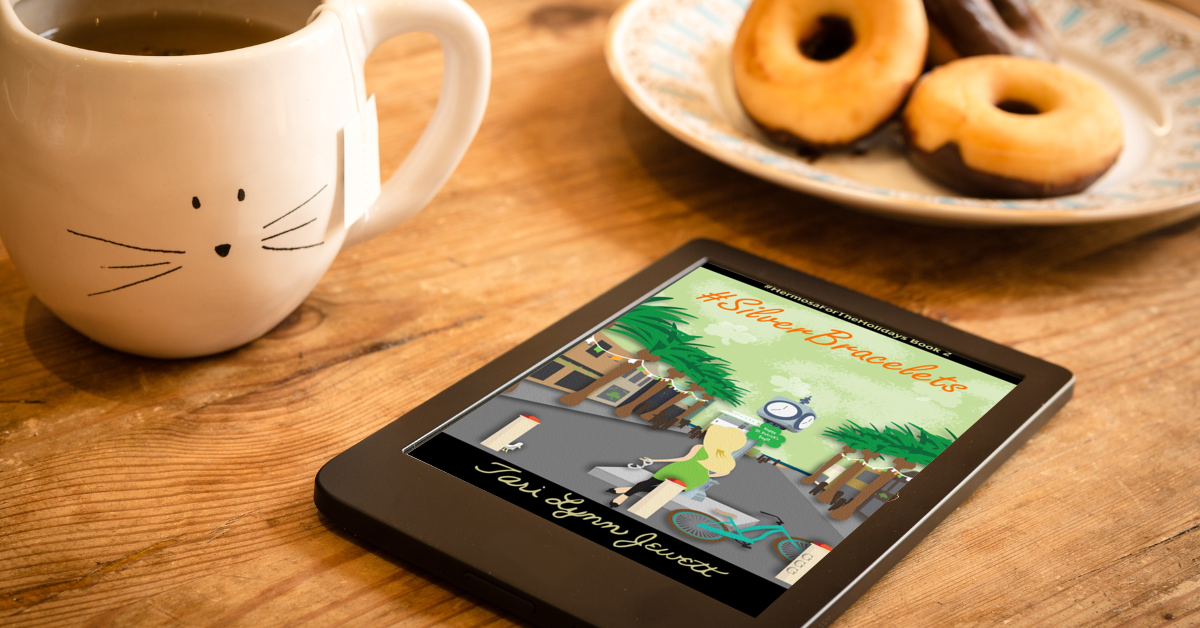 A cop who’s been Framed, a klutzy school teacher. Will one of them end up in handcuffs?? Or will they accidentally fall in love?

So, you’d like to go viral on social media?

Fourth grade teacher, Ashley Swensen finds herself in a hashtag nightmare, when a picture of her crashing a bicycle at School Safety Day, goes viral, with the tag #AshleyAccidents.  And why is it that every time she screws up one hunky cop happens to be around? Before she knows it, she becomes an unwilling poster child for community safety. And even a St. Patrick’s Day birthday isn’t bringing her luck.

Officer Benny (Benito) Lopez just wants to ask the cute teacher for a date, but she doesn’t want anything to do with him. And his friends keep making things worse. Then he remembers his grandmother’s advice, to make a grand gesture.

Will they accidentally fall in love? Or will social media keep them apart? Only her girlfriends and a little ‘luck o’ the Irish’ can help her now. And chocolate of course…

The Beach Break Coffee Bar was crowded and the girls squeezed through the throng of people to get to the table Evan was holding for them.

“It’s nice to be connected.” Ashley said as she slid into the seat next to Lucy.

Lucy smiled and started to respond just as Ashley smacked her on the arm. “Nooo,” she groaned. “That’s him over there.”

All three of her friends turned to look in the direction she’d pointed. Five good looking guys sat at a table laughing and drinking beer.

“Which one is he?” Mindi asked.

“You’ll have to be a little more descriptive.” Randi said. “I mean, they all look pretty friendly to me.”

“The one in the grey T-shirt. Don’t let that boyish smile fool you. He’s not nice.”

“I don’t know,” Mindi said. “I think he looks very nice. Look at the way that shirt hugs his biceps. Wish he’d turn this way so I could get a better look at his face.”

“What’s his name?” Randi had to raise her voice to be heard over the band who had moved back onto the stage and were warming up their instruments.

“Officer Lopez,” Ashley answered, trying to be heard over the music.

“What?” Randi raised her voice again.

“Officer Lopez!” Ashley said loudly just as the band stopped and the coffee bar buzz dropped to a din.

Officer Lopez and his buddies all turned to see who had shouted his name, and the lead singer of Reflective Lenses who was already standing in front of the mic picked it up.

“Officer Benny Lopez, you’re not even in the band, and cute girls are shouting your name. How’d you do that?”

Laughter rippled through the little coffee bar and Ashley considered crawling under the table.
“It’s okay Ashley,” Lucy said, “Evan just had a new refrigerator delivered. I’ll go get the box. We can smuggle you out of here without anyone seeing you!”
At least Randi tried to hide her smile, but Mindi made no effort to contain her amusement.

“Social media in courtship doesn't always work out especially when your so called friend stuffs it up. Fastpace, lots of laughter, family values coming into play, good friends in most cases. Beware you may end up with sore cheeks and tummy from the laughter you experience in this journey. Loved it.” - Tracy

“Silver Bracelets was the follow up to the Please Say Yes. It was a fast-paced, delightful, romantic story. I love the characters. Tari Lynn Jewette wrote a fun novel with a happily ever after.”  - A. 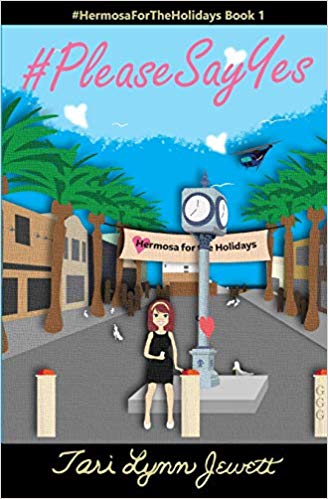 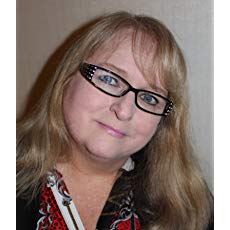 Tari Lynn Jewett lives in Southern California with her husband of thirty years (also known as Hunky Hubby). They have three adult sons, all who live nearby. For more than fifteen years she wrote freelance for magazines and newspapers, wrote television commercials, radio spots, numerous press releases, and many, MANY PTA newsletters. As much as she loved writing those things, she always wanted to write fiction…and now she is.

When she’s not writing, you can find her at the beach, in her sewing room, or curled up with a good book. She’s also been known to play a mean game of pool.

Tari believes in happily ever afters…because she’s living hers.