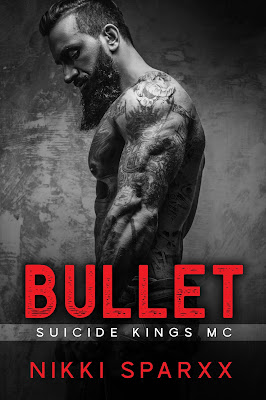 When Dixyn Knox left her home with dreams of seeing her name in lights in LA, she never thought she'd go back. Wanting to get away from the motorcycle club life she'd been born into, she left without a backward glance. But four years later, after failing to make a name for herself and getting mixed up with the wrong crowd, her grandfather passes away, and she decides to return to her roots. What she doesn't expect is to get involved with Ford Lawson, her father's biggest rival and president of the Suicide Kings MC.
Sixteen years older, he is everything Dixyn swore she didn't want; outlaw biker, cocky as hell, with a way of getting under her skin. He pushes all her buttons, but for some reason, she can't get enough of him. They both know what they're doing is wrong, but neither are able to stop, caught up in the rush of their forbidden romance.
But when Dixyn's troubled past catches up to her, their relationship is the least of their worries. 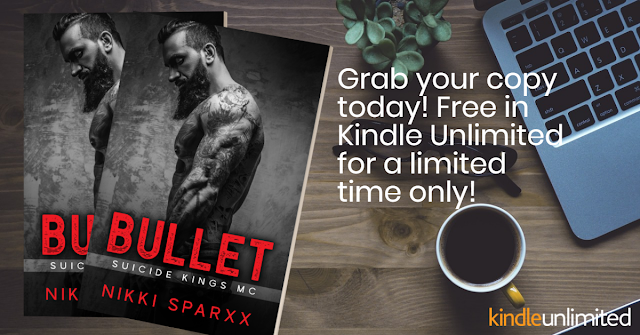 
“Nikki Sparxx has just become one of my favorite Authors!!” - Goodreads Reviewer 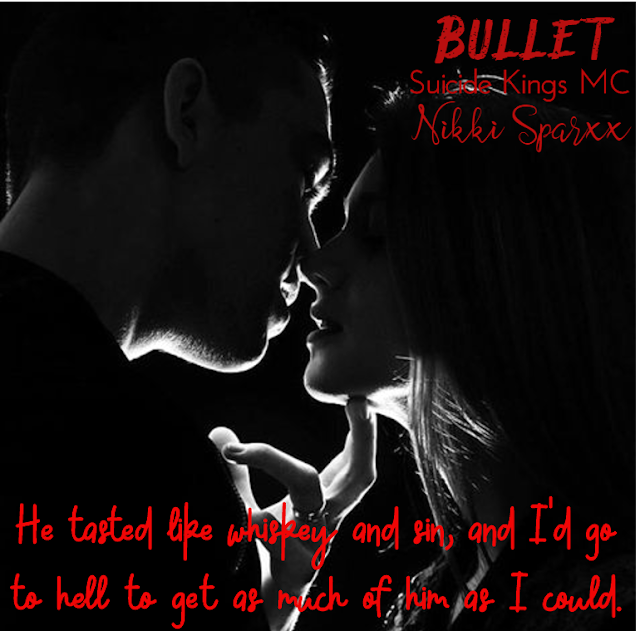 “Control” by Puddle of Mudd
“Addicted” by Saving Abel
“Father Figure” by George Michael
“Closer” by Nine Inch Nails
“Move That Dope” by Future, Pharrel Williams, Pusha T
“Hurt” by Nine Inch Nails
“All Around Me” by Flyleaf
“Free Bird” by Lynyrd Skynyrd
“Sail” by AWOLNATION
“Miserable” by Lit
“Scars” by Papa Roach
“Through the Glass” by Stone Sour
“Low Life” by Future ft. The Weeknd
“Rebel Yell” by Billy Idol
“Beast-Southpaw Remix” by Rob Bailey & The Hustle Standard
“Brain Stew” by Green Day
“Sabotage” by Beastie Boys
“Heartless” by The Weeknd

Dixyn returned home for her much loved grandfather's funeral. She thought she'd left the club life behind. Her brothers and father were officers and breathed club life. Now with what she was running from she could only hope it hadn't followed her. Her choice in men wasn't good and she sure didn't want to add a biker to the mix. Until she laid eyes on Ford. Or more like they locked eyes on each other.Ford was a biker. A biker from a rival club. Her father's main rival. No way could she she get involved with him. So, of course, they did. Keeping it a secret wasn't going to work for either of them.When that trouble she hoped she left behind found her, who would come to help her? Her father or the man he hated most?A great story with MC enemies, loyalty, lots of steam.
Reviewed for Words Turn Me on.

I really liked this book. I loved the characters, and the camaraderie and loyalty. I couldn't put it down once started.I loved Dixyn and Bullet together, they may of started out as a fling but I could tell they could be more. Fighting feelings.Nikki Sparxx did amazing with this book. And I can't wait for more.

Lover of angst, drama, and happily ever afters, Nikki Sparxx is the bestselling author of The Scars Series. When she's not writing, Nikki enjoys reading, binging Netflix, and spending time with her diva chihuahua and two crazy Frenchies. 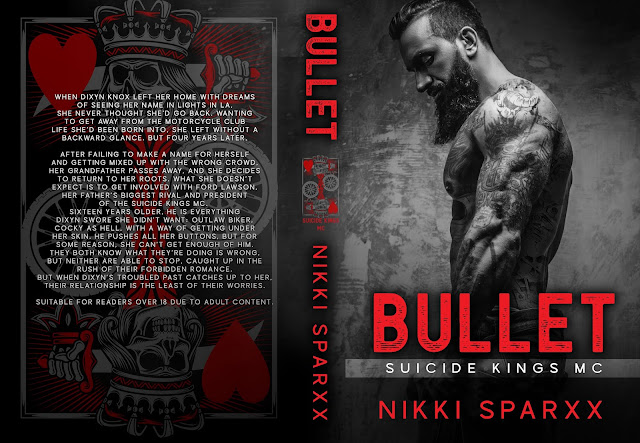