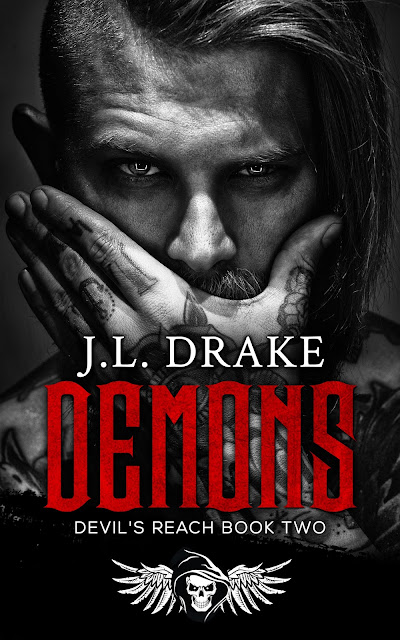 I thought the light would bring redemption.

But it only brought the Devil to my doorstep.

My demons are breaking through, and the reaper is moving closer.

My weakness has been exposed, and there’s only one person who can calm this hell…

I broke a promise to myself, and now I’m paying for it. 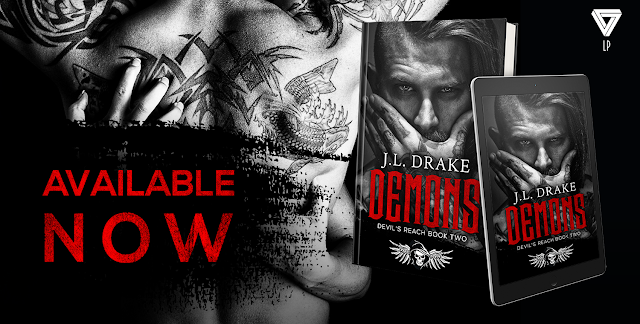 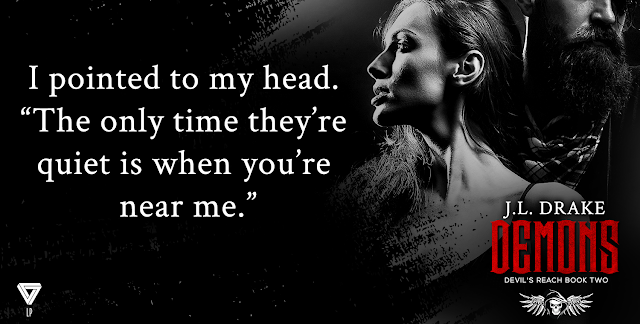 At the end of book 1, Trigger chased Tess away for her protection. He played dirty to get her to leave. She didn't know it was for her safety and he didn't get to tell her before she disappeared.He suffered her loss. When Trigger was pissed or upset everyone around him suffered--especially his enemies. He has plenty of those. Including the devil himself.Tess has stepped back into her own nightmare. After all the running she's back with her vindictive mother and the man who broke her.Trigger and Brick search along with a recruit who was close to her. If she is found, will she come home? Has even more damage been done? Will she even listen to Trigger?Dealing with Tess and his feelings is only one of his problems. What is with his club? His enemies? The dirty authorities and who has evidence true or faked that could ruin him?Another dark, dangerous, bloody character study of the abused. It will compel you just a much as book one. This one also ends on a cliffhanger. I sure hope the next one comes out soon.Reviewed for Words Turn Me On 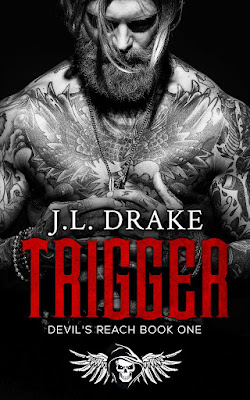 Alert: this is not your noble MC that takes care of the town, or the women in the town, or are the law enforcement. No redeeming goals this one. Even the usual loyalty has some issues. This club is more gang feuding with any number of other local and not so local clubs.Trigger is the prez. He is also the enforcer with a desperate temper. He doesn't do relationships. doesn't do one-nighters. He does 'em and leaves 'em. That is until Tess shows up. She the sister-like best friend of Trigger's best friend. She's also hot, sassy, and can handle the guys. Not counting her past which rivals that nightmare of Trigger's life.Neither wants or plans for love. They don't even know what it is. Can they find it together?This is a dark, hard story. There is blood, mayhem, danger, and traitors. The characters are compelling, dark, and sexy. You may not say you like this one--but you won't be able to put it down. When it comes to the cliff-hanger advertised, you will be glad that the next book is available March 27th 2018. Demons. My next read.Reviewed for Words Turn Me On 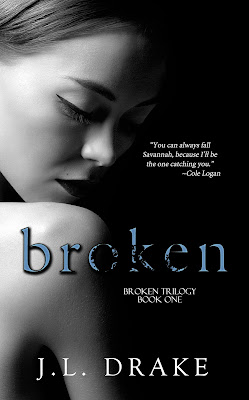 J.L. Drake cross promotes all of her characters in the Devil’s Reach series throughout her first trilogy. This series starts with Book #1, Broken. 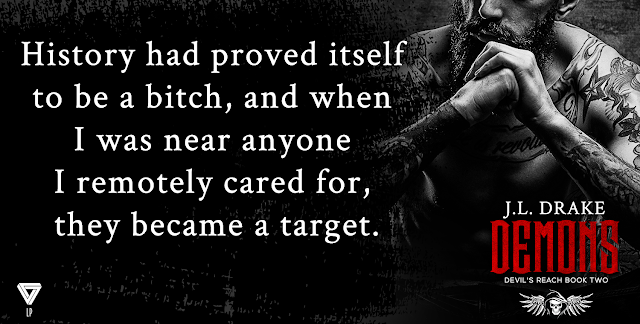 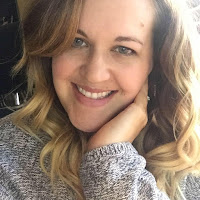 Bestselling author J. L. Drake was born and raised in Nova Scotia, Canada, later moving to Southern California where she lives with her husband and two children.

When she's not writing, she loves to spend time with her family, travelling or just enjoying a night at home. One thing you might notice in her books is her love for the four seasons. Growing up on the east coast of Canada the change in the seasons is in her blood and is often mentioned in her writing.

An avid reader of James Patterson, J.L. Drake has often found herself inspired by his many stories of mystery and intrigue.

She hopes you will enjoy her stories as much as she has enjoyed writing them. 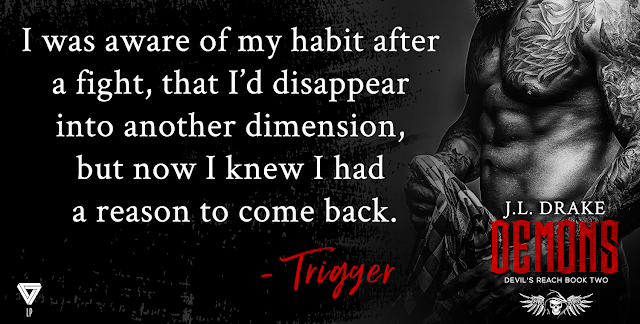