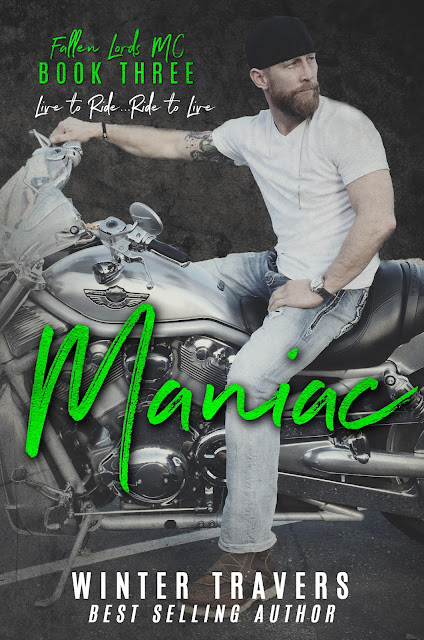 Wren Glass was done. She couldn’t continue to live the lie everything was okay, when in reality, she was dead inside. After being used and abused by the Hell Captains MC, Wren lands in the lap of Maniac. A man who sees her as nothing more than a chore.
A man just like the one she managed to escape.
At least, that’s what she thought.

Maniac West isn’t a man to mess with. Not with him and not with his club.
When he is assigned to watch over Wren, he ignores how he feels about the woman with the soulless eyes. Something in them makes him crave to return light there. But Wren is a job. No more, no less.
That all changes when Wren decides she doesn’t want to live.
A woman battered and bruised from the inside out, with no will to live, needs a hero.
Maniac isn’t a hero, but he will turn hell upside down and burn it to the ground to avenge the woman who fell into his world. Anything to bring back the light in her eyes. 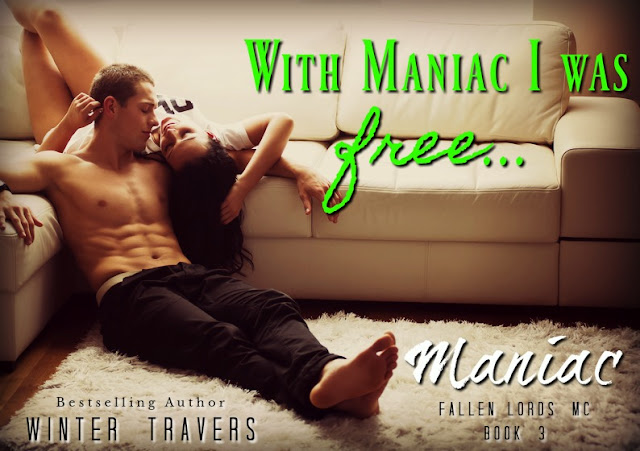 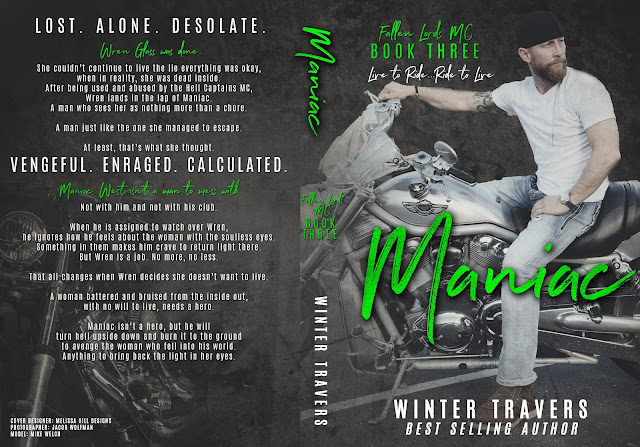