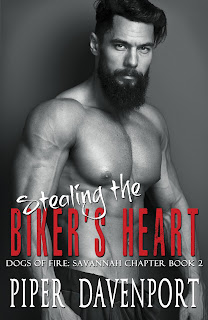 Jasmine Buckley’s busy life has no room for anything that doesn’t involve color palettes, fragrance samples, or building her burgeoning cosmetic empire. And she’s certainly too damn busy for a man. Too bad for her, she’s about to meet a man who could either be the makeover her love life needs, or the ultimate test of her new waterproof mascara formula.
Valen "Alamo" Slater is the unapologetic Sgt. At. Arms for the Dogs of Fire MC in Savannah. Alamo is used to getting what he wants, and right now what he wants is Jasmine Buckley. The beautiful and fiery redhead is everything he’s ever wanted in a woman. The problem is, she has rules…strict ones. Lucky for him, there’s never been a rule he couldn’t bend…or break.
When Alamo discovers his sister severely beaten, his pursuit of justice plunges him into the heart of an ever-present and growing darkness in Savannah. With everyone and everything he loves in danger, Alamo must face the demons of his past in order to protect his future.

This was a very interesting story, and I loved it. I loved how it all worked out, and how we got to see more of the characters. This is hot, and sweet.

I loved Alamo, he is alpha male, protective and caring. He loves his brotherhood and his sister. He would do anything for anyone. He is loyal, and knows what he wants.

I loved Jasmine, she is funny, and sassy. She is a great friend, loves her life and her job. She is caring, and loves her family.

I really enjoyed this book, and series and recommend them.

Jasmine loves her bestie, however, sometimes she'd like the hot guys to look at her the way they do her friend. Especially Alamo, Srg at Arms for the Dogs of Fire MC. He makes it clear the attention he paid to her friend was to get the rundown on Jasmine because he wanted her and planned to have her. Their relationship ranges from sweet to steaming. Together they fight to rescue his sister from the scum she is married to. Found beaten and bruised, Alamo finds out it isn't the first time and vows to get her out with his sweet little niece despite the wealthy man she needs to escape. With Jasmine and his brothers on his side, the vicious man doesn't have a chance.
She is a strong woman and needs to be with a man like Alamo. I loved watching them spar, love, and build a strong relationship and support team. Each builds the other up. The club is made of a strong group of interesting people with unlimited loyalty. One of the reasons I am an MC fan. If you are or want to find out what they are all about, this is a good example to begin with. I am anxiously waiting for more from this series.

Reviewed for Words Turn Me ON

This is book two of the Dogs of Fire Savannah Chapter MC book series and I gotta say I LOVE ME SOME ALAMO!!!! MMMM MMMM MMMMM!!

Alamo is the typical alpha male, bad a$$ biker, oh and how we love them like that! Jazz is strong, confident and independent. She doesn’t need a man taking care of her, but it’s nice to know they care.

For the most part of LOVE this book, but I did find it confusing at times. I wondered if I had forgotten something from the first book, but no, book 1 was about Dash and Willow and wouldn’t have gotten into Jazz and Alamo’s past in depth. Things were mentioned that I felt could have been explained more in depth, like how Alamo and his sister came to live in Savannah. I also think that more information could have been given as to why the one antagonist did what was done. That part of the story line just sort of ended with no real explanation. Other than those few things, I did really enjoy this story. Steamy, drama laden, romantic, it’s got all that. 4 stars with 3 hands down the pants! 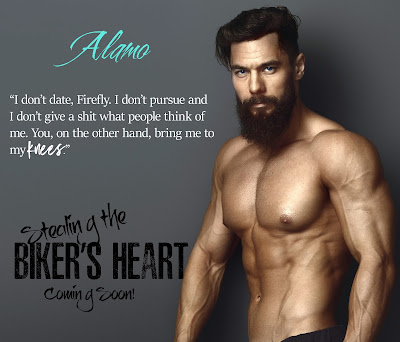 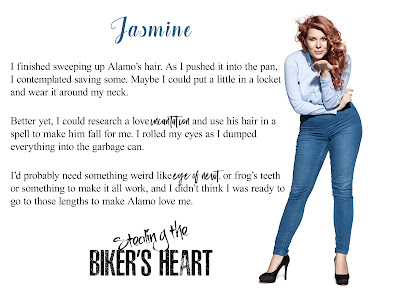 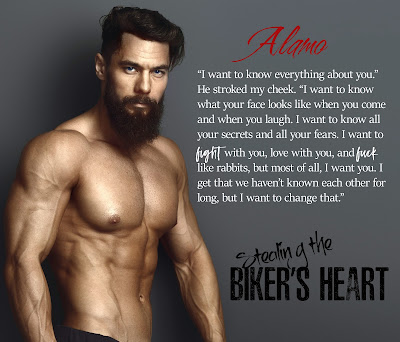 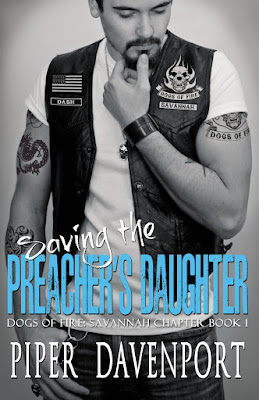 Piper Davenport is the alter-ego of New York Times Bestselling Author, Tracey Jane Jackson. She writes from a place of passion and intrigue, combining elements of romance and suspense with strong modern-day heroes and heroines.
She currently resides in the Pacific Northwest with her husband and two kids. 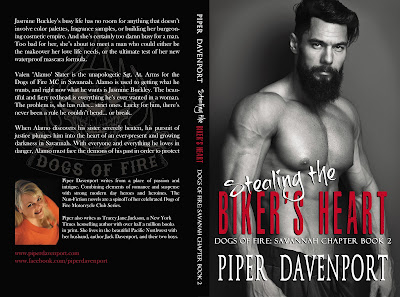