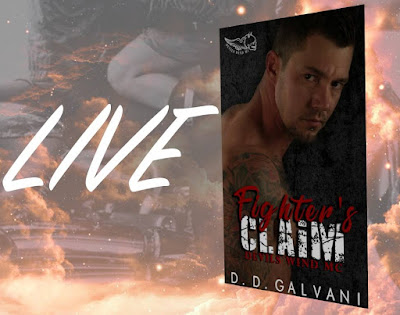 Lisa T. on Amazon - “This book has it all! Wonderful plot and story line.”


Amazon Customer - “I absolutely loved this book! It was one that I couldn't wait to get home and dive into every night.”

Books After Fifty… - “Hooked from the first sentence!!!”

Surprise, this exciting, steamy story is by a first-time author. All I have to say is "keep 'em coming."Fighter is the enforcer for his MC club. He loves his brothers and his mother and sister. When that little sister Jiji shows up at the club with her friend Tish he is fighting mad at their condition. They have been beaten unmercifully. Their story has even worse news. Their stepfather is the culprit. His brothers guarantee they will back him to get MC justice.Besides the beating, the guilt he feels for not knowing what his family was dealing with, Tish isn't the little girl crushing on him. She's all grown up and he wants her.The story of their growing love, the danger, the loyalty of the club is well paced, characters you root for and a resolution readers will cheer.There are more club brother's stories I want to read. You will, too.Reviewed for Words Turn Me On.

Fighter is the enforcer for the Devils Wind MC. They pride themselves on protecting women so when his little sister and her best friend show up beaten and scared, he and his club go into action.

Tish has been in love with Jameson since she was an awkward 14-year-old. He’s the brother of her best friend and they haven’t seen each other in person since the day they met.

This is the first book by this author and it’s a good start. The bones of the story are good, the writing needs a little work, maybe a good editor. The author has great ideas but repeats herself often and unnecessarily. There are some steamy scenes and a good bit of drama. The book set the stage for book two and I’m interested to know what’s going to happen. 3.5 Stars.

This was a interesting story, you couldn't help but like the characters and cheer them on. On edge of your seat wondering what will happen next.

I liked Fighter, he is loyal, and loves the brotherhood. He is caring, and total alpha male. He cares dearly for his family, and the brotherhood who are like a second family. He is protective.

I liked Tish, she is caring, sassy and funny. She will do anything to protect those she calls family and love. She is a hard worker, but also cares dearly for her friends and will help anyone.

I liked this story, and can't wait for more. 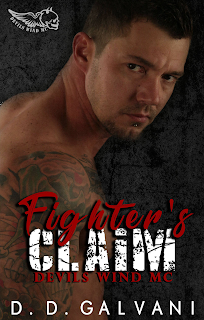 Fighter is an Enforcer for the Devil’s Wind MC. His job is to take care of the prospects, make sure things run smoothly and kick some ass if it doesn’t. His life consists of his club, his bike, his brothers, and more than his fair share of pussy. The last thing he needs is his little sister and her best friend showing up at the clubhouse, ragged, beaten and looking to him to sort out their mess.
Tish and Jiji have been best friends since the day they met. When fate steps in and forces them to run for their lives, the safest place possible is with Jiji’s brother, Fighter. Fighter doesn’t do relationships but his sisters best friend is no longer the little girl he once knew. She’s all grown up and has him wanting to stake his claim. Tish has risked her life to save Jiji and now Fighter must return the favor. When their two worlds collide, The Devil’s Wind steps up to protect Tish and Jiji and Fighter has a decision to make before he loses Tish. 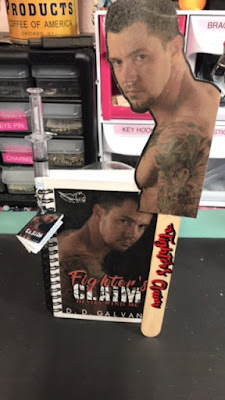 What the fuck is Jiji doing here? Why would she come here now, bigger question why would she bring Tish. If they thought for one second they were going to take a walk on the wild side with some bikers they were seriously mistaken. I would paddle both their asses then send them on their way home. Cutting through the clubhouse I made it to the front door when Dukes called out to me. Veering to my left I walked up to the bar. Where you going in such a hurry he asked. Danko tipped his beer, to his mouth, swallowed then snickered “must be some new pussy he’s after.” When it didn’t get a rise out of me, or a smile, Danko’s face changed, “Hey bro whats up?” he asked “I dunno Danko”, “Murph called from the gate, he said Jiji and Tish are here.” Dukes looked confused. “Jiji your baby sister?” “Yeah man with her best friend Tish DeMarco”. “What’s up with that Fighter?” “I know you’ve warned her not to come around the club.” “I don’t know Dukes, but something ain’t right. Murph said I needed to get down there now.” Dukes lifted his chin, “Right behind you Fighter.” He dropped his beer on the bar, he and Danko flanked me as we walked out of the clubhouse. I saw Murph, our prospect checking cars at the gate. Parked in the lot next to our bikes was a green chevy nova. Heading that way I saw Jiji sitting in the passenger seat. Walking up to the window, I knocked, she turned her head. A smile broke over her face, she unlocked the door and jumped out. She threw her arms around me “Jameson she yelled” squeezing my waist crying into my leather. Murph came running over from the gate, “I told you Fighter, you needed to get down here” he said. Tish got out of the other side, slowly she came around the trunk of the car. Her face was in shadows until she rounded the car to stand by the open door. I heard Dukes drawn in a breath and Danko mutter “oh shit” then I saw Tish. Her face was beaten, one eye closed, blood still caked in her hair. She was holding her left arm close to her body like it hurt leaning against the car door for support. I put Jiji down “what the fuck happened Tish. She seemed to shrink even further into herself. “Woah girl, it’s ok, I’m not yelling at you, relax babe, I got you. She looked up a me, a single tear tracking down her battered face I passed Jiji off to Danko, moving slowly towards Tish, she backed up against the car door trying to hide behind it, she was scared out of her mind. “Shhh babe I’m not gonna hurt you I cooed!” “Me and the boys just want to get you inside so we can see what’s wrong.” She looked into my eyes for a second then asked “are we safe here”. “Jiji is hurt” “We need help” “Who did this to you Tish? Talk to me babe, what the fuck happened?” 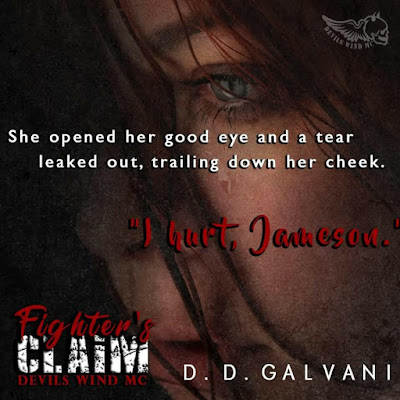 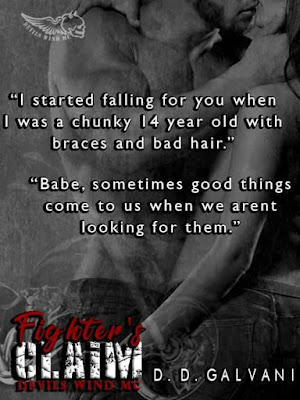 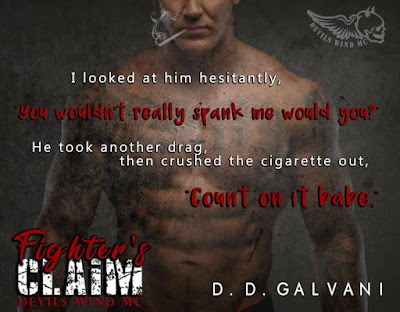 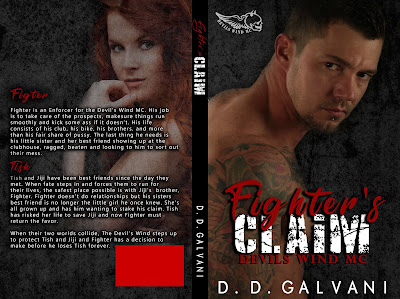