Ivy Gaines has loved one man in her lifetime. After fifteen years of marriage and three kids, reality hasn’t changed that—but sometimes love isn’t enough.
West “Camo” Gaines has never wanted anyone the way he wants his wife, but the Notorious Devils’ club life has opened his eyes and awakened a desire he knows he can’t explore with the mother of his children.
Lies, misunderstanding, betrayal and silence are the bitter pills they swallow daily as the marriage they thought would last forever begins to unravel. It isn’t until club rivalries threaten to shatter their entire world that they realize how much they have to fight for.
When things get rough and real, they’re forced to remember just how deep their love goes.

Rough & Real is the 7th and final book in the Notorious Devils series (although it does contain a novella, Rough & Risky, at the end). I have enjoyed this ride with the Notorious Devils MC, and this book was a nice wrap up. Camo and Ivy have been married A LONG time and like many married couples are experiencing some rough times. Communication people, it’s all about communication (easier said than done). Anyway, they are pulling away from each other and then there is a threat to the club. These two are a strong couple when they get their heads out of their bleeps. I did, at one point, want to smack Ivy, but it all works out in the end. Hot scenes, good story line, interesting novella at the end, 4.5 stars with 3 hands down the pants. 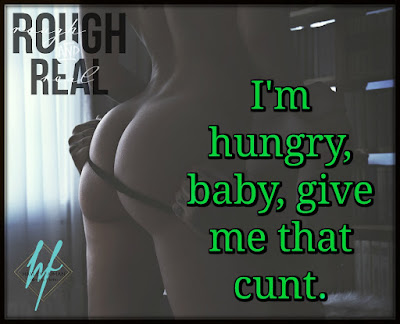 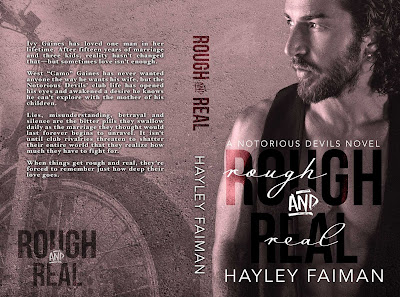