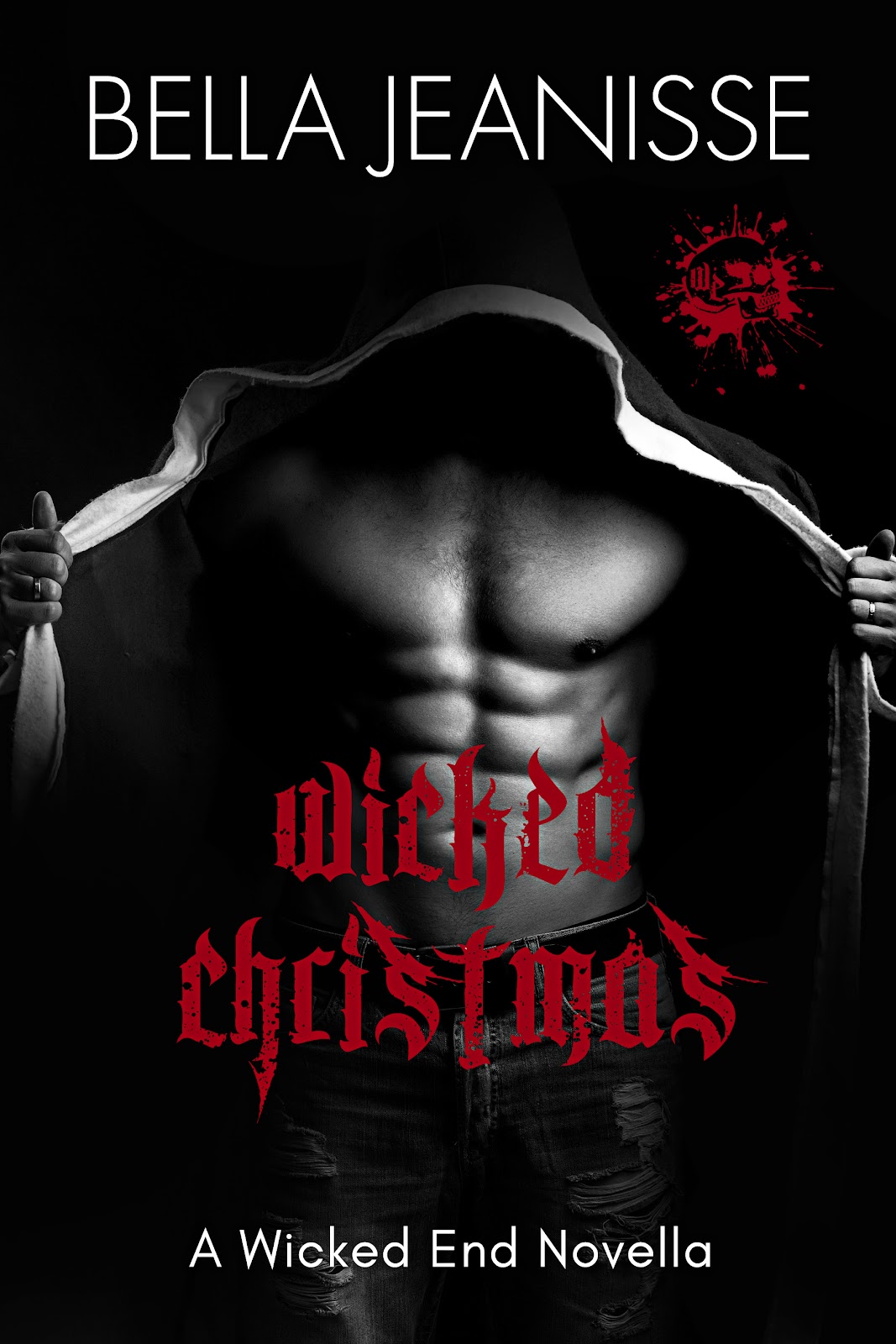 Get ready for a sexy holiday novella starring Wicked End! What were Brandon, Scott, Austin, Chico and Jake like before they hit it big? This story can be read as a standalone.

An all-expenses paid vacation to a mystery resort has the boys of Wicked End debating their destination and excited to see who will join them. While some hope for a tropical paradise, others desire a cooler climate. But what they can all agree on is anticipating all the trouble they might get into. Little do they know the trip will show them the real meaning of Christmas.

In case you haven’t started Wicked End, this is the reading order:

Book 5 - Prelude of a Wicked Wedding

Book 6 - Eternal Needs (not yet released)

Available on most retailers. Here’s the most popular links:

Add to your Wishlist on BookBub:
https://www.bookbub.com/…/wicked-christmas-a-wicked-end-nov…

Add to your TBR on Goodreads:
https://www.goodreads.com/bo…/show/48586055-wicked-christmas

Yep, it deserves every one of those “Hot’s”. Ms. Jeanisse is an author who knows how to bring the heat to her rock star books.” ~ Doris

Kink, mayhem, disaster... You never know what's next when on tour with these guys.

Warning: For those 18 and over only. Definitely not suitable for all readers. Proceed with caution.

Wicked End travels the world without caring what anyone thinks of their antics. Their North American tour is anything but typical. Girls are not allowed to stay on the tour bus for good reason. All of them did not do exclusive relationships and most thought women were made to be shared. Little did they know a hurricane would blow Mackenzie back into their lives and nothing would be the same again. 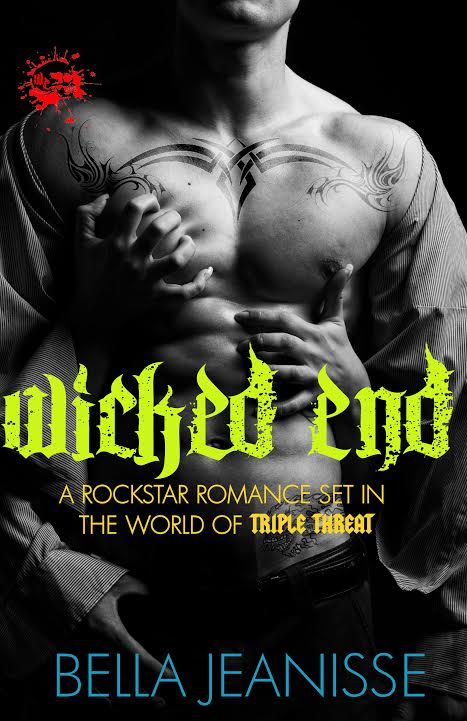 Brandon Knight plays lead guitar for the world-famous rock band, Wicked End. His life is chaotic 90% of the time. The only time he feels content is when he meets up with his longtime friend and lover, Mackenzie. It was never supposed to turn into a romance.

Mackenzie Winters has a career in the stressful realm of Wall Street. She lives on the edge in every aspect of her life. However, something is missing. Something she thought she never wanted, and only Brandon can give it to her.

A devastating hurricane forces them to spend every waking minute together for two weeks, while Wicked End is on tour. The pull becomes stronger every day. They both yearn to admit their feelings beyond their friends with benefits arrangement. Can they find a way before it’s too late? See how it turns out in the first book in the Wicked End series. 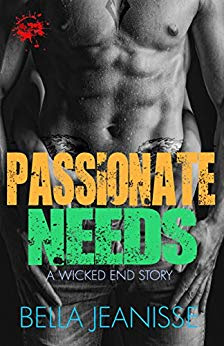 An accident brings reality crashing down on rock star and lead guitarist Brandon Knight. Fear and jealousy plagues him, sometimes out of control. It brings him and Mackenzie closer, yet it makes him regret promises he has made. He suddenly makes a decision that affects everyone, without consulting his bandmates, who are not happy in the least.

Mackenzie Winters knows where her relationship with Brandon is headed until their lives are rocked by a close call. Then she realizes her heart is his in every way. His fear drives her to need more freedom, although she is not ready. It does not turn out the way she had hoped and could incite violence in the future.

Can Brandon overcome the feelings that can tear them apart? Will Mackenzie accept Brandon’s need to defend her? How will they both deal with the repercussions? Book two of the Wicked End series will give you those answers and more. 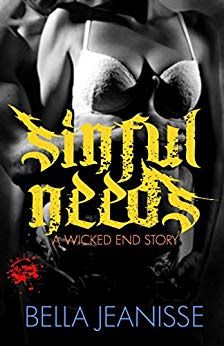 Brandon Knight rejoins Wicked End’s tour days before they meet up with the band Gasoline. Besides his urge to settle a score, he misses his girlfriend, Mackenzie, immensely. Where she is concerned, he has his mind set on marriage. All he needs to do is convince her that she can handle it.

Mackenzie Winters is happy the two-week separation is over. She plans to meet up with the band multiple times on that leg of the tour. This time around, Brandon keeps her close and she appreciates it. When he decides to take it a step further, she freaks out big time.

Things have changed for the better for most of the Wicked End rockers. Can they keep their private lives private while the tour continues? Will Brandon blow the best thing he ever had? Can the band handle the fallout of another pending disaster? Find out in the third part of the Wicked End series. 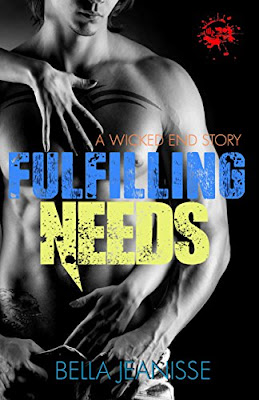 Brandon Knight, lead guitarist for the rock band Wicked End, has his girl back and they are as solid as ever. The move to Florida is complicated, but he is willing to sacrifice for love. When Mackenzie agrees to go to California with him for their recording sessions, he is ecstatic.

Mackenzie Winters is grateful for Brandon’s forgiveness and never-ending love. Her life changed more than she ever thought possible. It wasn’t easy to let fear and control go so they could just live their lives. She is excited to see the band in the studio and stay with his trusted bandmates. What she didn’t expect was to fall further in love and toss her vision of the future to the wind.

The pressure of recording a new album on the heels of their last release has the entire band in a tailspin. Can the band stay together after exposure throws their fans into an online battle? Can Brandon and Makenzie take a step into the unknown, or is she still terrified of the consequences? Book four will show you just how close this band is. 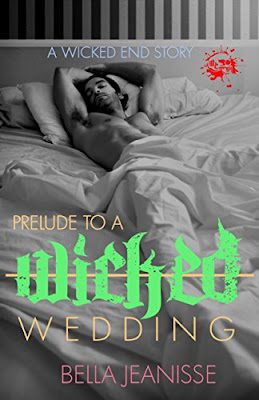 Brandon Knight, lead guitarist of the rock band Wicked End, is thrilled to have his fiancé, Mackenzie, on tour with him. Being chosen to play at Get Rocked! In Vegas is a dream come true for him and his band. The weekend will be filled with great music and sexual fun. He wouldn’t have it any other way.

Mackenzie Winters is excited that they will have an entire weekend to explore Las Vegas and each other. She is anxious about their upcoming wedding, so she needs the escape. She wants nothing more than to marry Brandon, but planning a big event when neither of them have actual family to share it with, is tough.

In this Wicked End novella, you will get a taste of all the band members. Each has a plan for the weekend. Nothing goes the way they expect, but then again, why would they on this wild and wicked ride!

Wicked End: Kink, mayhem, disaster... You never know what's next when on tour with Brandon, Scott, Austin, Chico and Jake. 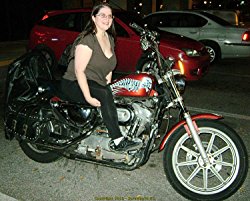 She is now living near Tampa, FL with 3 kids and 2 grandkids, as a single mom. Her family supports her writing even when it seems to take up more time than they feel is necessary. Can’t stop the muse, ya know!