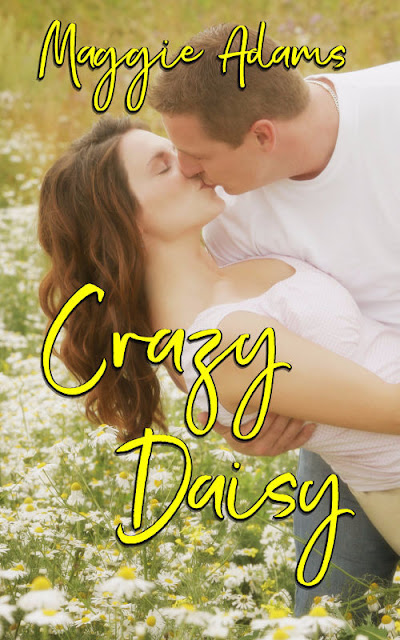 Daisy Jones has loved Gideon McElroy her entire life. Painfully shy, she had lived for the summers spent on the small island near Wisconsin at her grandpa’s cabin, when Gideon would come to stay with his grandfather, the Colonel. While the old men reminisced on happier times, Daisy would follow Gideon like a puppy, thrilled just to be in his presence. When he enlisted, she was heartbroken but took solace in the fact that he would still come to visit his aging grandfather when time allowed.

Fate had other plans. When his grandfather passed on, and Gideon didn’t attend the funeral, Daisy knew he was gone forever. She married, had a child, and tried not to think of Gideon or what had become of him.

Fifteen years have come and gone. Daisy, now a widow, is the veterinarian on the island. She sees to the animals of the tiny town and lives a simple life. But when rumors fly that a strange man is living on the Colonel’s land, she makes it her duty to investigate.

Gideon McElroy has come home to die. He knows he should have left this earth back in Afghanistan, not stitched back together to satisfy some damn surgeon’s “God complex.” The scars left behind have given him a grotesque appearance, a good reason to stay to himself. Between his appearance, the locked fence, and Samson, his large Mastiff, he’s confident in his solitary existence until he exits this world.

But he never counted on “Crazy Daisy” and her determination to drag him back into life.

She glanced around. Nothing much had changed except the large exercise machine in the corner facing the window. All the books, the old rugs, were in place; even the chess set was still in front of the window. It even smelled the same – slightly moldy, but redolent with the cherry vanilla tobacco the Colonel had smoked, and the Pine-Sol he had used to clean everything.

“Gideon? Where are you?” Daisy walked through the kitchen toward the back of the cabin. Perhaps he had been hurt. In concern, she quickened her steps. As she neared the bathroom, there was what sounded like a groan. Truly worried now, she opened the bathroom door and stood stock still.

Gideon McElroy was stark naked and hard, his cock in his hand.

“What the fuck? Woman, are you crazy?”

She heard him yell, but she was transfixed. Most of his left side was crisscrossed with scars, like he had been in a fire. Even his groin and chest looked like a roadmap. The beard obstructed his neck and jawline, but the scars continued up the side of his face and into his hairline.

And he was pissed.

Daisy mumbled an apology and frantically searched for a towel. She spotted it on the vanity base and threw it at him, backing out of the room as he tied the towel around his waist and advanced on her as she hurried down the hall into the living room.

She held her hands up to ward him off and began to babble. “I’m sorry; I thought, well, the dog was missing, and the door popped open and I wasn’t sure if you were hurt, or even here and I wanted to…” She tripped on the leg of the large armchair and fell into it. The sun was completely blocked from her sight as Gideon closed the distance between them. For a moment, she thought this must be what Belle felt like when the Beast got in her face. She could feel his breath against her cheek.

“Now I know you’re not blind,” he snarled. “But are you deaf and dumb? I told you to leave and not come back. To stay away. Now what part didn’t you understand? Or maybe you’re just crazy like people in town say?”

That hurt. She had thought the name was because she was crazy enough to take on the local VA hospital when her David couldn’t get help with the PTSD he had suffered from after Afghanistan; not that she was, well, crazy. Tears began to fall, and she cursed inwardly. She hated that she cried when she was angry. It was a sign of weakness to her mind.

“Fuck! Don’t start the waterworks.” Gideon flung himself away from her. “I don’t care why you are here, I just want you gone.” He looked around the room. “Where the hell’s Samson? How did you get past him, anyway?”

“I, er, I don’t know. He wasn’t here. That’s why I thought something was wrong.” She wiped her tears with her coat sleeve. “I heard what sounded like a moan in the back, and I came down the hall to make sure you or Samson weren’t hurt.”

Gideon eyes lit on the basket of goodies Daisy had brought. “You’re the fuckin’ welcome wagon?”

“No! Um, well, yes, I guess, in your case. I needed to make sure Samson had, um, his shots and was chipped, so I brought the basket and some of the cookies you liked when we were kids.” Daisy shrugged. Now that she thought about it, that did sound kind of lame - here’s some cookies. Remember me?

He quirked an eyebrow and picked up the taser. “And if I didn’t cooperate, you were going to taser me into accepting the basket?”

“You were going to taser my DOG?” he roared, advancing on her once again. 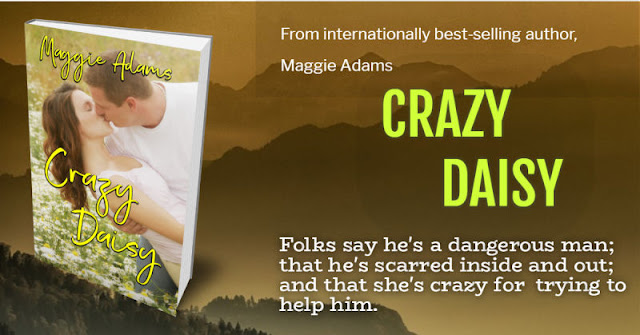 Maggie Adams is an internationally bestselling romance author. Her first book in the Tempered Steel Series, the romantic comedy-Whistlin’ Dixie, debuted in Top 100 for Women’s Fiction, Humor, on November 2014. Since then, she has consistently made the various bestseller 5-star list with her Tempered Steel Series. Her series has launched the tiny town of Grafton, Illinois, into international recognition with sales in Mexico, Ireland, Scotland, Australia, and the UK. She is the recipient of various awards for excellence including Dayreader Reviews Best of 2015, the Readers Favorite Award 2016, the Indie Romance Convention Romantic Comedy Award 2017 and the 2017 New Apple Awards -Suspense.

She also writes paranormal romance, young adult romance, and women’s fiction. Maggie’s books can be found on eBook and paperback on her website and all major book sites.

When she’s not writing, she can be found dancing, singing, and cooking (usually all at the same time), and spending time with her family and friends.

Feel free to stalk her at these sites!