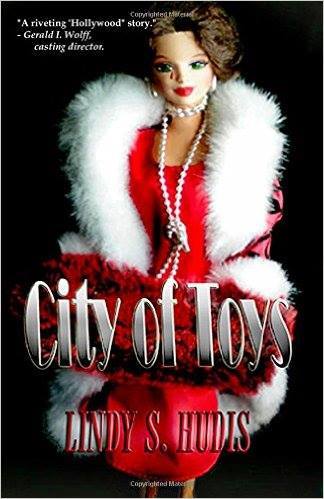 Four beautiful women seek fame and fortune in Hollywood, the City of Toys, where actresses are like dolls, playing pretend on the big screen.


Marlo, Rhonda, Kim, and Guyla, become friends living in the same apartment complex, in the city where dreams and disasters go hand-in-hand. They come to rely on each other as they deal with sexual come-ons, crazed stalkers, jealous starlets and the constant pressure of trying to make it in showbiz. But when the pressure gets too much, will their friendship save them or will the City of Toys break them? 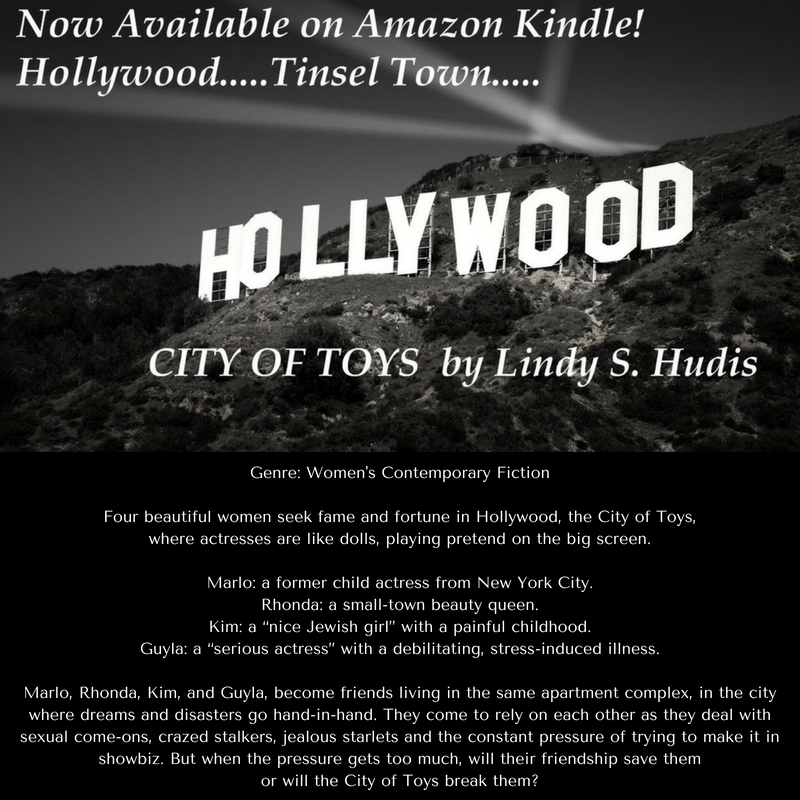 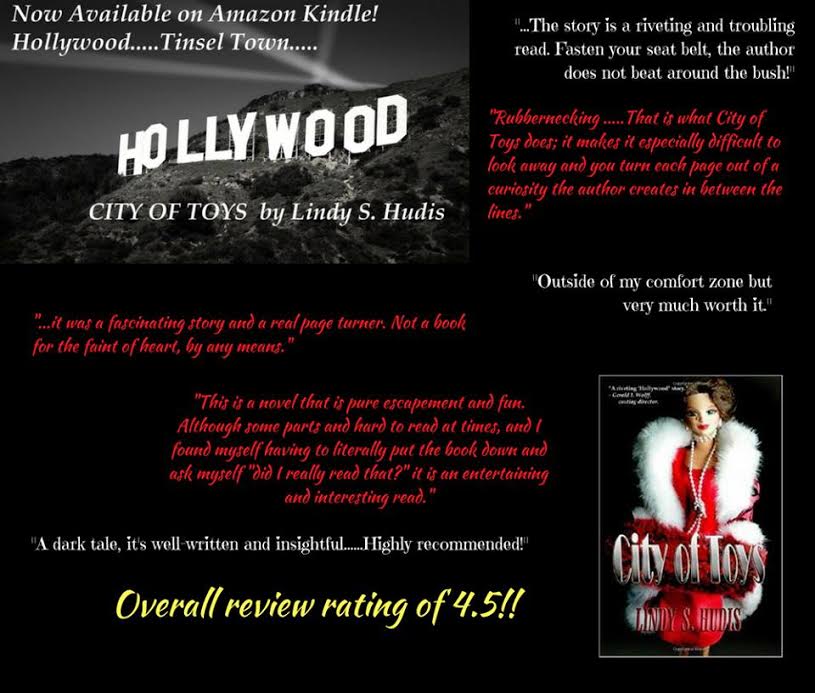 
5 STARS
“City of Toys is a dark and disturbing story about four young women who live in Los Angeles, California, and are persuing careers in the entertainment business. Although the story has been told before – a la “Valley of the Dolls”- the author takes a unique approach to a story that never seems to get old” ~ Marla Martenson


5 STARS
“This is a novel that is pure escapement and fun. Although some parts and hard to read at times, and I found myself having to literally put the book down and ask myself "did I really read that?" it is an entertaining and interesting read.” ~ Amazon Customer


5 STARS
"City of Toys" is a gritty story .  . If you are squeamish, then this is not the book for you. Highly recommend.” ~ Luscious Reader


4 STARS
“Though this isn't usually my genre, I was engaged from the first chapter onward. The author paints a tough and uncompromising picture of the cost of trying to make it in Hollywood. A dark tale, it's well-written and insightful. Unflinching descriptions of various scenarios makes one believe this fiction is based on reality. Highly recommended!” ~ Glass Dr.

The morning sun sparkled high in the sky above Los Angeles, and the summer heat had not yet fully invaded the curious world known as Hollywood. A cool, coastal breeze drifted in from the Pacific Ocean, so the infamous L.A. smog was not going to permeate the atmosphere too severely. The traffic at the intersection of Franklin Avenue and La Brea was typical, bumper to bumper and road rage simmering from tempestuous drivers. But, it was made even worse today by the arrival of a large moving van in front of the building.

The Franklin Regency was a five-story dwelling that loomed on the southwest corner of the crossway, halfway between the sparkling wealth of the Hollywood Hills and the sordid madness that was Hollywood Boulevard.

Everywhere beautiful, young people with fabulous faces and perfect bodies -- every single one of them a struggling actor, model or something or other, trying to keep the bitterness at bay -- jogged, walked dogs, hurried to auditions and roller-bladed. While the homeless (and other un-lovely denizens of ‘paradise’ almost equal in number) who had long ago lost the spark of life, seemed to blend into the background, completely ignored and snubbed by the bronzed gods and goddesses scurrying to an audition for a laxative commercial.

Awe-filled and often-disappointed tourists took it all in, recording it on film and video for the folks back home, wherever that may be. In the bright, mirrored lobby of the Franklin Regency, however, all was cheerful and sanguine. Rhonda McNutt talked excitedly on a pay phone to her father back in Cordova, Tennessee. Rhonda was nineteen, beautiful, and in the process of moving into the Franklin Regency Apartments.

“Yes, poppa, the truck just got here.” She spoke into the receiver with her thick Southern drawl. Outside, the large van containing all of her worldly possessions had pulled up to the curb. Rhonda had driven out to Los Angeles the week before, and was still in shock that she was actually here. She looked vigilantly around the lobby, at the longhaired rocker guys covered with tattoos, the sexy, gorgeous blondes, and the older men who could not resist winking at her as they passed by. She knew she was in a whole new place, but that didn’t matter. She was in Hollywood, and she was determined to be an actress. I’m here, and I’m going to make it! I’m going to be a star!

“All right, poppa, I’ll call you as soon as the phone is turned on...I love you too, poppa. Bye.” She gently hung up the phone, and waited for Marina Edwards, the apartment manager. An older woman stepped out of the elevator, clad in a severe dark business suit, and walked purposefully towards the front door.

She turned and gave Rhonda a nasty look, then stepped outside, chatting deliberately into a cell phone. Rhonda sat on a pink plush couch and waited while the moving men began to unload her furniture. She stared up at the famous James Dean poster on the wall. ‘The Boulevard of Broken Dreams’ was the caption underneath. Not for me, Rhonda thought, my dreams of Hollywood stardom are going to come true. She had dreamt of being a movie star since she was five, and nothing was going to stand in the way of her goals. Finally, the elevator doors opened, and Marina stepped out, accompanied by a tall, beautiful redhead.

“I’m glad this place is centrally located, my agent says I need to get to my auditions quickly.” She told Marina curtly, glancing down at her watch.

“We’re just fifteen minutes from Burbank and Warner Brothers, and five minutes from Hollywood and Paramount.” Marina explained. The girl pursed her lips and gripped her designer handbag.

“Well, I’ll think about it. I live in Pasadena now, and my agent is on my case about being late to auditions all the time. Things are starting to happen for me, and my agent tells me that I need to be close to the studios,” she said a little too loudly, glancing over at Rhonda to make sure she overheard.

She thrust her hand out to Marina, who smiled. “I’ll call you.” The girl turned sharply on her heel and headed out the front door, not without sneaking a quick glimpse of Rhonda. She gave Rhonda an uppish glance, and darted out the door.

“Marina.” Rhonda jumped up and cheerfully bounded over to her.

“Hey you! Come on in.” Marina unlocked the office door and the two of them ambled in. Marina was in her late thirties, blonde and beautiful, with very white teeth and an enormous smile. The two women had met a few days before, when Rhonda noticed the ‘Now Renting’ sign out front as she was driving around. Marina had leased her a single apartment on the first floor, and now it was time to go over little details. The moving men were placing Rhonda’s things in the lobby.

Rhonda was so excited she could barely contain herself. My God, I’m really here! 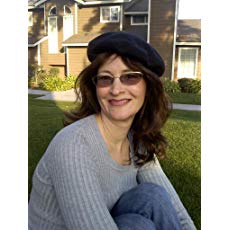 Lindy S. Hudis is a graduate of New York University, where she studied drama at Tisch School of the Arts. She is the author of several titles, including her romance suspense novel, Weekends, her "Hollywood" story City of Toys, and her crime novel, Crashers. She is also the author of an erotic short story series, "The S&M Club" and "The Mile High Club". Her short film “The Lesson” was screened at the Seattle Underground Film Festival and Cine-Nights in 2000. She is also an actress, having appeared in the television daytime drama "Sunset Beach". She and her husband, Hollywood stuntman Stephen Hudis, have formed their own production company called Impact Motion Pictures, and have several projects and screenplays in development. She lives in California with her husband and two children. 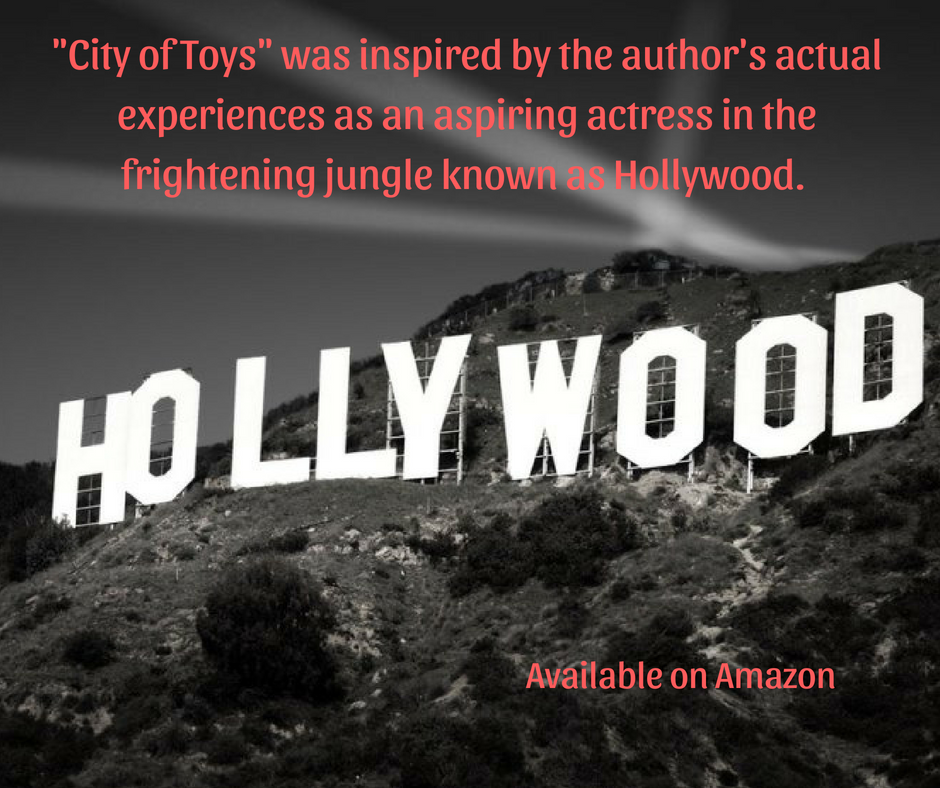