Nate
When Nathan Jackson's world shattered, and fell out from under him, his two best friends were there to help pick up the pieces. There’s nothing that Nate wouldn’t do for them.
It’s been a few years since then, and Nate’s life seems pretty content between his friends, work, and his love of dirt bike racing. When Nate’s out on the track, he can let it all go, be free, and finally feel at peace.
But when it comes to relationships, Nate's not looking for anything long-term. He swears that love isn't worth the risk—until she walks through the doors of Texas Jack's.

Charlie
Charlotte Davenport knows that something has to give, or life will pass her by. It's time to add a little excitement to her routine. Charlie isn't expecting much, but with her friends at her side, she feels ready to break out of her shell. But something’s missing.
When she, and her friends, head out to Texas Jack's for a night of fun, Charlie meets him — Nathan Jackson. He just might be the man to help Charlie overcome her shyness, and shake up her world.
But first, Nate must be willing to let his guard down and take a chance on Charlie. And if that happens, can Charlie open herself up enough to let him in? 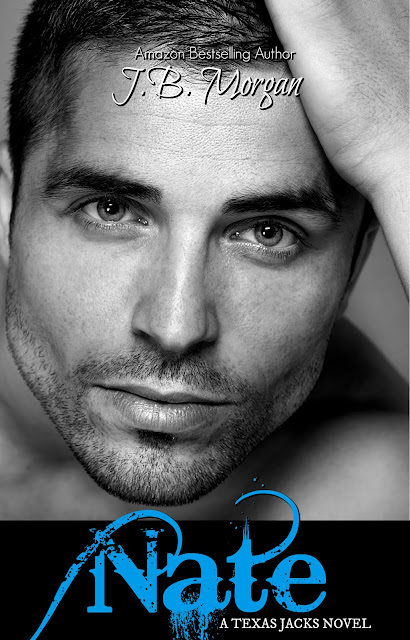 A sweet story with Nate and Charlie. I was a bit confused at first when the book seemed to indicate Nate and his buds were commitment-fobes, no more than one nighters. However, this is a sweet romance with nothing more than kissing.

Nate doesn't get involved. He has some baggage and doesn't want a woman to add to his life. Charlie changes all that. Not that he wants to get involved, she just calls to him. She's sweet and shy with a bit of sass he loves to bring out. They start a relationship by not calling it a relationship or anything else. She and her two BFFs meet Nate and his two roomies and fellow construction workers at Texas Jack's Roadhouse.

This relationship develops very slowly. He is gentle, kind, they have fun, mostly in the group of six. The other four seem to pair up, but don't call it a relationship either. He refuses to talk about his family and doesn't encourage conversations about hers. A serious loss he has never recovered from is keeping him from really living. While Charlie has lived her life watching others, the shy girl. She is ready to change and being with Nate is helping her succeed.

Nate backs off after Charlier learns more than he is ready to reveal. Will they be able to overcome the baggage he carries and the decision of Charlie to live life more fully?

The storyline is good, the characters very likable. The conflict wasn't strong for me, however, for others, it may have worked better. I would have preferred to see the story progress a bit faster. There was a lot of unnecessary repetition. For example, a doctor gives an update to Charlie. He repeats the entire prognosis to another group shortly after. It could easily have been handled with a "The doctor repeated his condition to...." The story is told the first person by both Charlie and Nate. Too often they repeat what was explained by the other and not because they interpreted it differently. A bit of tightening up would make a faster pace and better keep the interest of the reader.
Still, an enjoyable read, especially for those who prefer clean language and a little sexual tension but not physical acts. 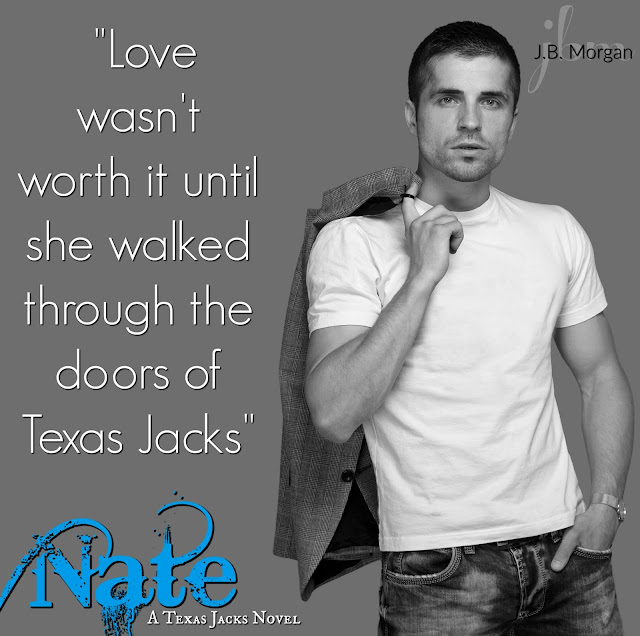 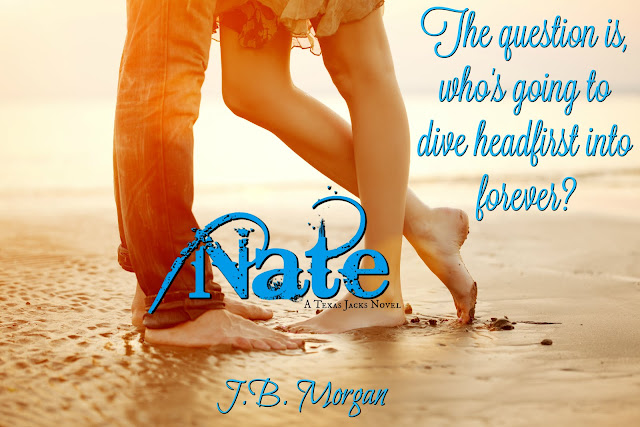 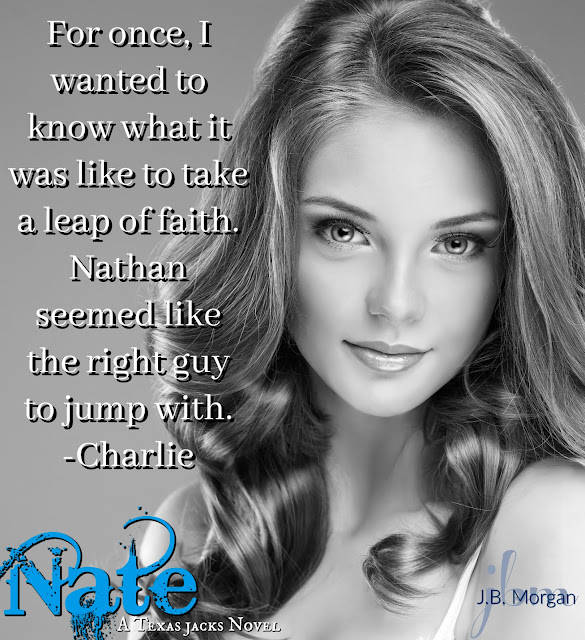 
The pounding on the bathroom door brings me back from my Charlie-induced fog, startling me. My hand slips while I’m shaving my face, causing me to nick my cheek.
“Keep your pants on!” I yell at the offender on the other side of the door.
“If I had some on, maybe I would. But some of us have a job to get to, while others hog the bathroom!” Holt yells through the door. “I hope you have yours on. I’m coming in, and I’m not all fired up for a full moon.” I hear, right before the door knob twists, and Holt’s blond head appears around the door before he admits the rest of his body in.
“You build things for a living – go build your own bathroom.” I grumpily mumble at him through the bathroom mirror.
“Are you PMSing?” he quirks his left eyebrow at me with a small grin on his face. “Or is this all due to that sweet little mouse you seemed all tied up in knots over?”
“No.” I lie, going back to applying toilet paper to the fresh wound, trying to staunch the blood flow on my left cheek, so I can finish wiping the rest of the shaving cream off of my face.
“Uh-huh. Right. So, what’s the problem? Still wishing you had gone in for that kiss?” he taunts as he makes himself at home, sitting on the toilet lid.
“I did kiss her.”
“Oh, right. I forgot— cheek kisses count now. What base would you call that? Half way to first?” he laughs.
“Don’t you have a job to get to?”
“Touchy. Do you want me to run to the mini-mart for Midol?” 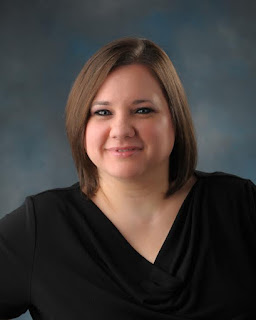 Author J.B. Morgan writes sweet romances with a good dose of humor, sensible heroines, good-decent guys, realism, and happily ever afters. After all, don’t we read to escape reality? So why not read what makes us feel good on the inside and puts a smile on our faces? This is what she strives to put into her novels.
Her debut novel, Holly Lane, landed her as a bestselling author in the Coming of Age genre, and her newest release is titled, Nate (A Texas Jacks Novel).
Growing up, she would dream up hero-rescuing stories in her head, revolving around the boys she had crushes on at school. Later in life she decided to try her hand at writing where she could get some of those ideas out of her head. She's definitely in love with the idea of love.
J.B. grew up in California, but now resides in Oregon where she’s a wife, mother, author, chocolate lover, and a Yankees fan. She also loves traveling the world. When she’s not writing, she can be found carting her kids everywhere, busy with volunteer work, or trying her hardest to read—without interruptions. 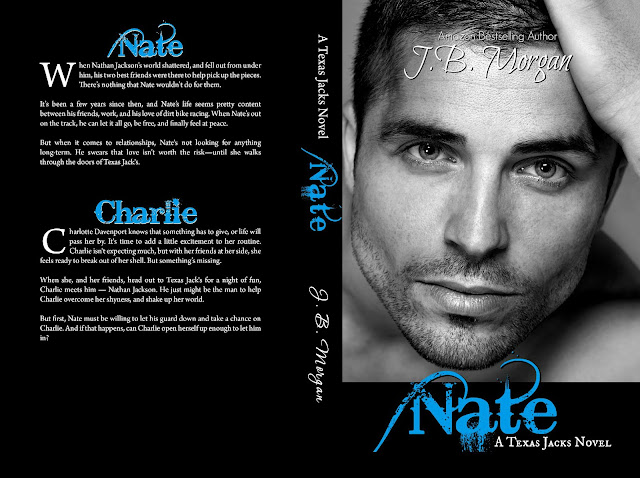