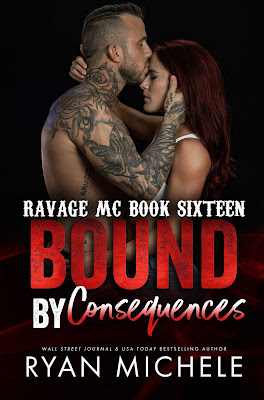 Coming home from the Marines, Micah Tugger doesn’t know what to expect, but knows there are consequences to pay to the Ravage Motorcycle Club.
He’d left Sumner, Georgia a confused boy and now has come back a man, one who knows what he wants in life and that includes his family.
But will the brothers of the Ravage MC accept him? Or turn him away?
Add in a secret surprise that calls him daddy, Micah is in for a hell of a ride.
Ensley has had to run from home hoping for a better life for her daughter than the strict religious one she grew up in. It hasn’t been easy, but luckily she found a family of her own making.
But just when she gets comfortable, the man from her one night stand appears back in her life. Will he try and take her little girl from her? Or will there be a second chance at love in her future? 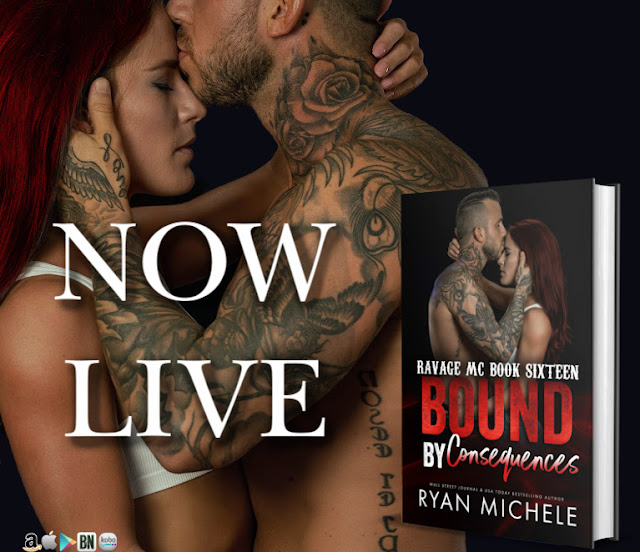 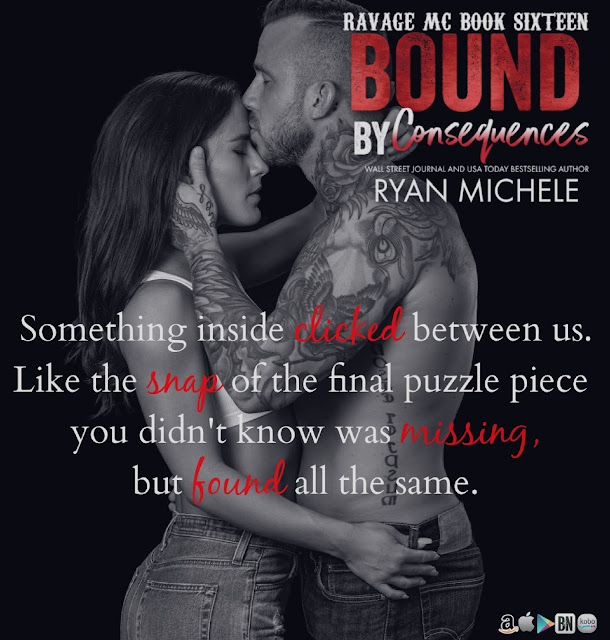 5 STARS
Emery Micah & JacksEmery and Micah grew up together and everyone in the MC was sure they would end up that way. Until...Emery loved him. Wanted him. Micah was the son of one of the early members. They were friends in college but were they more? Micah hated the club and had distanced himself. Would they be able to be together with their different feelings?Jacks had been in the background watching. He wouldn't stay there and watch Emery hurt. Was she feeling more than friendship for Jacks? Was he willing to make an effort to step up for her? Or would his past remind him of the hurt he could be setting himself up to feel?I love her choice and their relationship. The characters, MC friendships, loyalty, and actions when an enemy steps in to hurt someone they love and depend on. There is plenty of steam and friends we've come to love. It is another story that leads us to more. I'm ready to read the next step.
Reviewed for Words Turn Me On 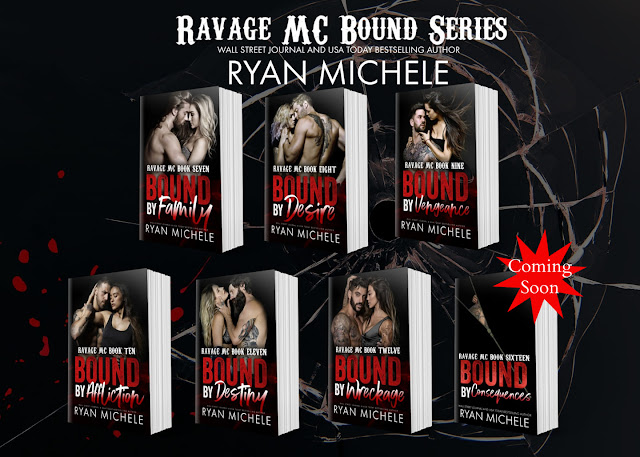 Ryan Michele is the Wall Street Journal and USA Today Bestselling author of over 40 romantic suspense novels. She found her passion bringing fictional characters to life, being in an imaginative world where anything is possible. Her knack for the unexpected twists and turns will have you on the edge of your seat with each page. She is best known for her alpha, bad boy bikers and strong, independent heroines who refuse to back down. When she’s not writing, you can find her on her swing, watching the water ripple in the pond and plotting her next book.