The one day English teacher Reagan Wild is late for work—and looks like she dressed herself in the dark—she remembers Carter Anthony, a well-known football star, is coming to the school to deliver a talk to her overexcited students.

While Reagan knows Carter from her high school days, since he was her past crush, she wasn’t ready to see him again. At the time, she hated being invisible. But right now, she wished she could simply disappear.

Carter Anthony is keen to give back to his hometown, but what he doesn’t expect is getting something in return. When a chance encounter with Reagan, the shy girl from his past, happens, he knows instinctively this woman is supposed to be in his life.

With an embarrassing ability to blurt out whatever’s on her mind, Reagan doesn’t understand Carter’s attention. She has no doubt, though, he’ll soon realize his mistake when he discovers just how crazy she and her family are. But no matter what he sees, what he hears, or how her looney family behaves, he doesn’t run. In fact, Carter’s family seem just as unique as hers.

Through dog poop, naked yoga, and the paparazzi’s, can Carter and Reagan have any hope in love, even when it’s fumbled?

Can a romance be too funny? That is a question you will ask yourself through your laughter throughout the entire book. Reagan has curves and has learned to accept even like herself. She's a high school teacher who loves her kids when she isn't ready to do bodily harm to them.Carter is a former student and a football star. The kids are stoked at his visit and so is Reagan, stoked and up to her usual fumbling comments and actions. She has NO filter on her mouth. He loves it but she can't believe he is interested and does everything to decline his invitations. The man isn't one of the nations top quarterbacks by giving up easily. Persistence is the name of this game.Not only is Reagon a riot but her family and friends are as well. The no filter problem--got it from her mom. This one is touching, funny, a little steamy, and will leave you with a smile and an ahh! I'm hoping for more stories about these characters who I loved.Reviewed for Words Turn Me On


Now, Lila lives with her husband and two children.

She started writing in 2013 and self-published the first of the Hawks MC: Ballarat Charter series- Holding Out. Since then, she has published eleven other titles, which range from erotica, humorous romance, YA and paranormal. 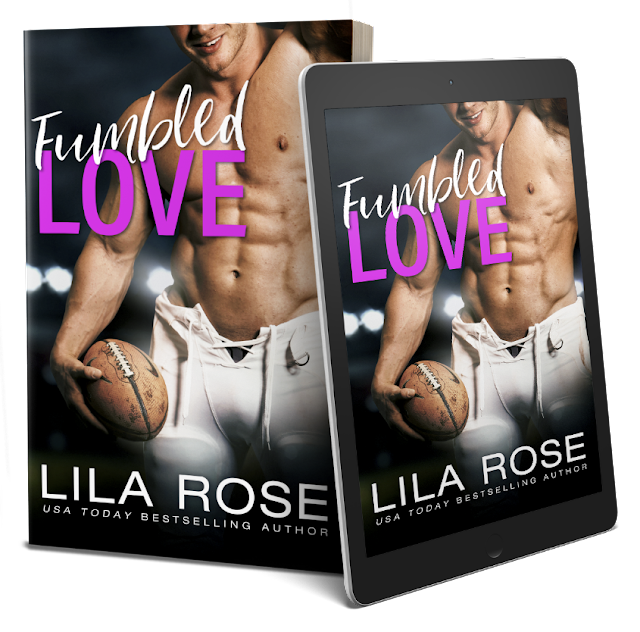