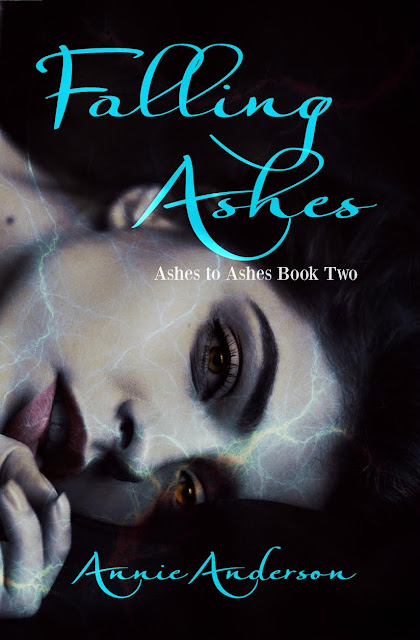 Mena Constantine is pissed off.
Finally freed from her fifty-year imprisonment by a maniacal leader, she is desperately trying to recover and get her life back. Problem is, the life she had is long gone. Struggling under the weight of her memories and healing from the wounds of her captivity, she can't seem to catch a break. Every waking moment, death seems like a relief she would welcome.

Asher Crane is a dead man.


As a Guardian to the King, his only purpose in life is to keep the King alive. And he's failing. Miserably. With the King ill, the Queen dying, and zero plans for a successor, he's pretty much screwed. Because if the King dies, the law says Asher dies, too.

As these two wounded souls collide in a series of bloody and unfortunate events, they will clutch to the last shreds of life before death beats down their door.

Author Bio
Annie Anderson is a military wife and United States Air Force veteran. Originally from Dallas, Texas, she is a southern girl at heart, but has lived all over the US and abroad. As soon as the military stops moving her family around, she’ll settle on a state, but for now she enjoys being a nomad with her husband, two daughters, and old man of a dog. 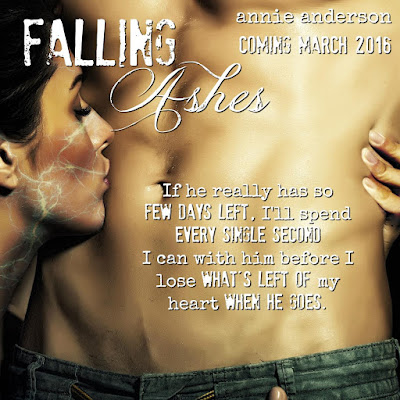 Other Books In the Series
Scattered Ashes (Ashes to Ashes #1) 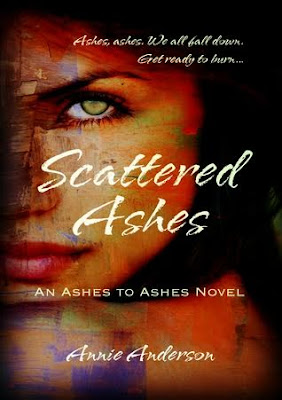 Aurelia Constantine is having a rough century.  Plagued by visions of murder, death and destruction, she has resigned herself to the nightmare her life has become. When an enemy from her past comes to her rescue, she must let go of old wounds and heal the breach so she may survive the evil poisoning her mind. Rhys Stevens is guilty. Murder. Betrayal. Treason. Take your pick; he’s guilty of them all. On the path of redemption, he must beg for forgiveness from the one person he fought to save - the woman he has always loved. Thrown together in the trenches of war, they must work as a team to stop a monstrous puppet master from pulling their strings. Ashes, ashes. We all fall down. Get ready to burn.