Emily McPhee is in the clutches of a monster…
Despite the protection of her boyfriend Seth Connors and his colleagues with the Orange Police Department, Emily is imprisoned in a basement by her psychopathic stalker Jimmy Lasko. His bizarre behavior adds to her terror, and a video link forces Seth to witness her captivity, leaving him feeling helpless as he, the OPD, and the FBI search for her.
Freedom isn’t free, and safety is just an illusion…
Though Emily escapes the basement, the threat is far from eliminated. In fact, things she learned while being held by Lasko lead her to believe he isn’t working alone. Lasko is still out there, determined to get her back, and crazier than ever. If he does have a partner, Emily has no idea where the threat might lie or who she can trust.
It’s impossible to live a normal life when family ties become tangled.
Emily is deeply hurt when Seth is reminded that their relationship might endanger her further and he pulls away again. She’s even more frustrated when her globe-trotting mother returns and is charming to everybody…except her own daughter.
When Emily meets Seth’s family, she loves his mom and little sister, isn’t sure what to make of his flirtatious brother—who is also a cop—and finds herself very uneasy around his father, who is a powerful attorney.
Sometimes things seem very clear…until you look more closely. 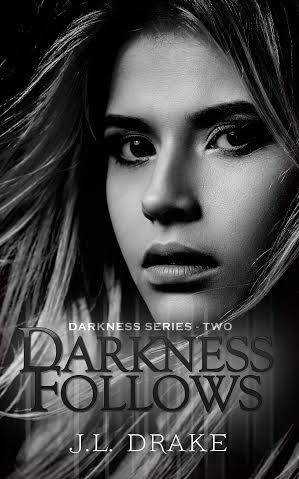 “WHOA! I am blown away by the depth and complexity of this series. Holy mother of...J.L Drake has clearly out done herself in this second addition to the Darkness Trilogy.” ~ I Love Story Time

“This story left me reeling and breathless and I just need the next book so I can not jump at every little sound!!!” ~ Perusing Princesses

“Loved Darkness Follows just as much as Darkness Lurks .....wish I could give it more than 5 stars....I wish I could unread it just so I could read it again for the first time!!!! :) I don't think I've ever read a book where the author keeps you on the edge of your sit the whole time guessing what's gonna happen next or whose behind it all!”~Goodreads Reviewer 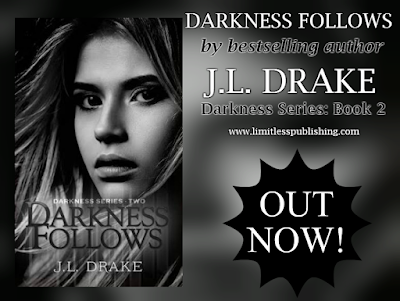 “You’ll never get away!” His voice followed me.
Adrenaline pumped through my legs, but I could hardly feel them. My arms protected my face as branches swiped at me. The woods were dense in places, and every direction looked the same. My only hope was to make sure the sun stayed in front of me.
Birds flew into the sky as my feet pounded the forest floor. I cursed and hoped they wouldn’t give me away. My wild hair blocked my vision every time I looked over my shoulder. I fell twice and smashed my knee into a boulder. My brain screamed at me to keep moving.
I ran for what seemed like thirty minutes before finally I had to stop and gasp for air. I hunched low and leaned against a tree; I desperately needed a breather.
I quickly took inventory. My dress was dirty, and there was blood coming from my stomach, which dampened the material. My feet were bleeding too, but thankfully nothing seemed to hurt badly.
My fingers dug into the ground as my head went a little fuzzy. I gripped some small rocks, which gave me an idea. I madly ripped the bottom of my dress into small pieces and tied rocks into the fabric. I took off in a sprint again, and threw them as far as I could off to the sides.
I hoped that if the dog was tracking me, it would throw him off. A noise off to my left made me duck behind a tree. I took a peek, and shit! I saw the pit bull sniff around where I had thrown a piece of my dress. I knew it was only a matter of time before he found me. Not only that, but the color of my dress stood out against the browns and greens.
“Komm!” Lasko’s voice echoed through the forest. The dog retreated, as well as some of my bravery.
I knew that meant ‘come’ in German. I fought to keep my mind sharp as I jumped to my feet and bolted.
The roaring sound was louder than before. My heart beat through my chest, and my lungs were about to burst. A noise behind me got louder. I was sure it was the pit bull. I was sure I could feel his breath inches from my heels.
The brush got thick all around me, and I had no idea which direction I was supposed to run, but I still focused on the sound and headed for it. Branches grabbed at my arms and legs. My legs burned, and warmth traveled down my left leg. It doesn’t hurt, Em, just run!
Suddenly I came to the edge of a cliff. My body kept going before my brain caught up. I closed my eyes and let myself go. I fell and turned in the air. I could hear the dog’s frustrated howls. Just before I hit the cold water, I opened my eyes and saw his stare fixed on mine. 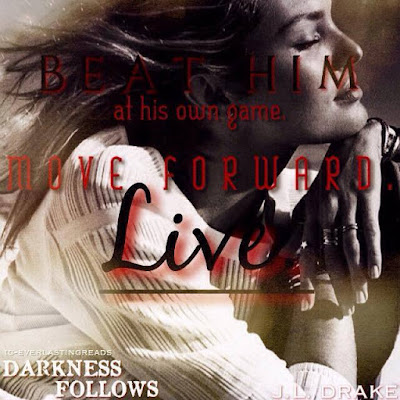 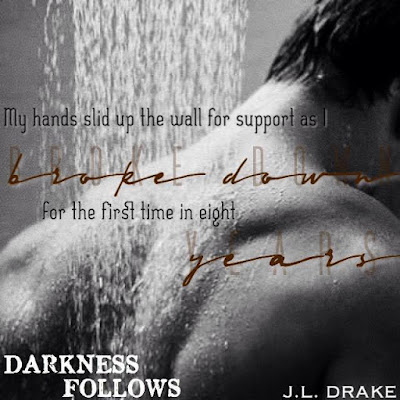 J. L. Drake was born and raised in Nova Scotia, Canada, later moving to Southern California where she lives with her husband and two children.
When she's not writing she loves to spend time with her family, travelling or just enjoying a night at home. One thing you might notice in her books is her love for the four seasons. Growing up on the east coast of Canada the change in the seasons is in her blood and is often mentioned in her writing.
An avid reader of James Patterson, J.L. Drake has often found herself inspired by his many stories of mystery and intrigue.
She hopes you will enjoy her stories as much as she has enjoyed writing them. 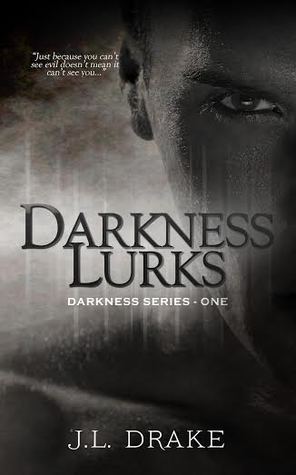 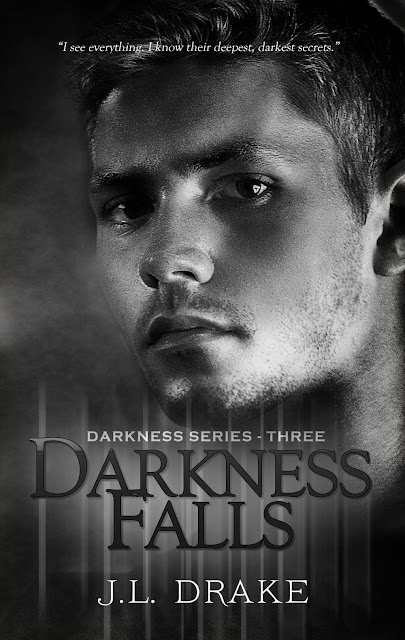 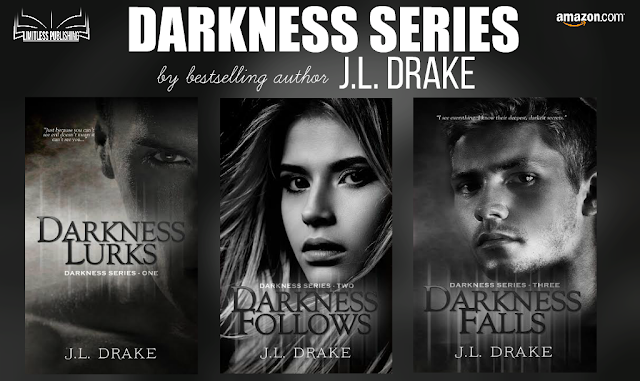